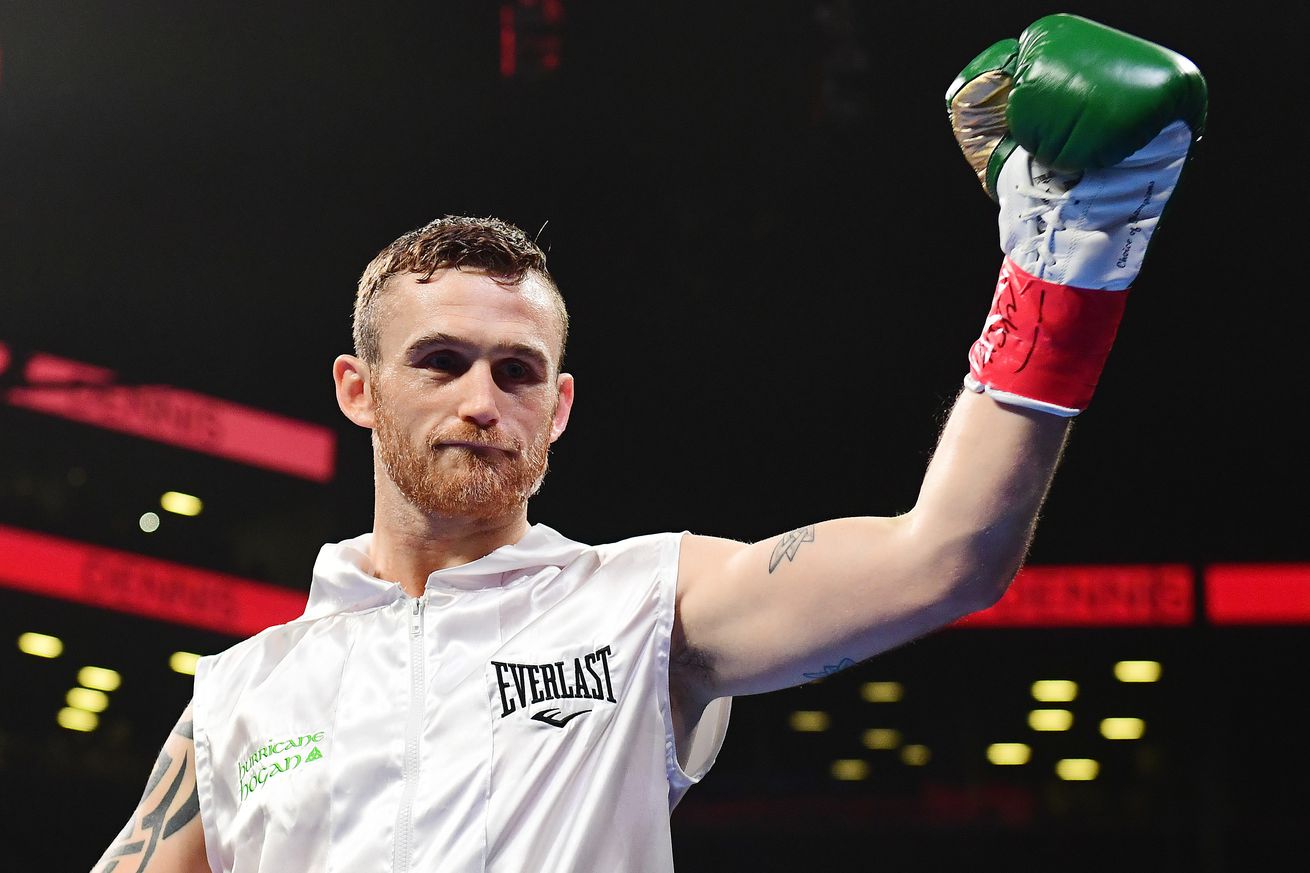 Hogan, who lost two world title challenges in 2019, is looking to bounce back

Wayne McCullough, the Belfast fighter who held a bantamweight world title from 1995-96 had challenged for titles at junior featherweight and featherweight, has taken over as the new trainer for Ireland’s Dennis Hogan, who lost a pair of title shots in 2019.

Hogan, 35, was very controversially beaten in Mexico in Apr. 2019, losing a majority decision to WBO 154-pound titleholder Jaime Munguia. Many — myself included — felt Hogan had boxed his way to what should have been a big upset on the road, but the judges didn’t agree. Hogan wanted a rematch, but one never came.

Instead, in December, Hogan moved up to middleweight and was clearly beaten and stopped in the seventh round by WBC titlist Jermall Charlo.

The plan now for Hogan (28-3-1, 7 KO) is to return to 154. He’d said ahead of the Charlo fight that he felt stronger at 160, but fighters always say things like that, first of all, and second, he may have felt stronger in camp, but he was clearly too small for 160. He’s not even a big junior middleweight.

McCullough, who turns 50 in July, won a silver medal at the 1992 Olympics, and as a pro beat Yasuei Yakushiji to win the WBC 118-pound title in Japan in July 1995, and made two successful defenses before moving up to 122 pounds and losing a challenge against Daniel Zaragoza in 1996.

He also fell short in future title challenges at 122, losing to Erik Morales and twice to Oscar Larios, and 126, losing to Naseem Hamed and Scott Harrison. He retired in 2008 with a record of 27-7 (18 KO). He was known for his exciting style, extreme toughness and perhaps most of of all, his incredible chin, never going down as a pro despite facing very tough opposition.

The current major titleholders at junior middleweight are Jermell Charlo (WBC), Jeison Rosario (WBA/IBF), and Patrick Teixeira (WBO). Erislandy Lara holds the WBA’s secondary “world” title. It’s unlikely Hogan will go straight back into a fight with any of those guys, but another title shot within the next year or 18 months in what has been a volatile division wouldn’t be a big surprise.