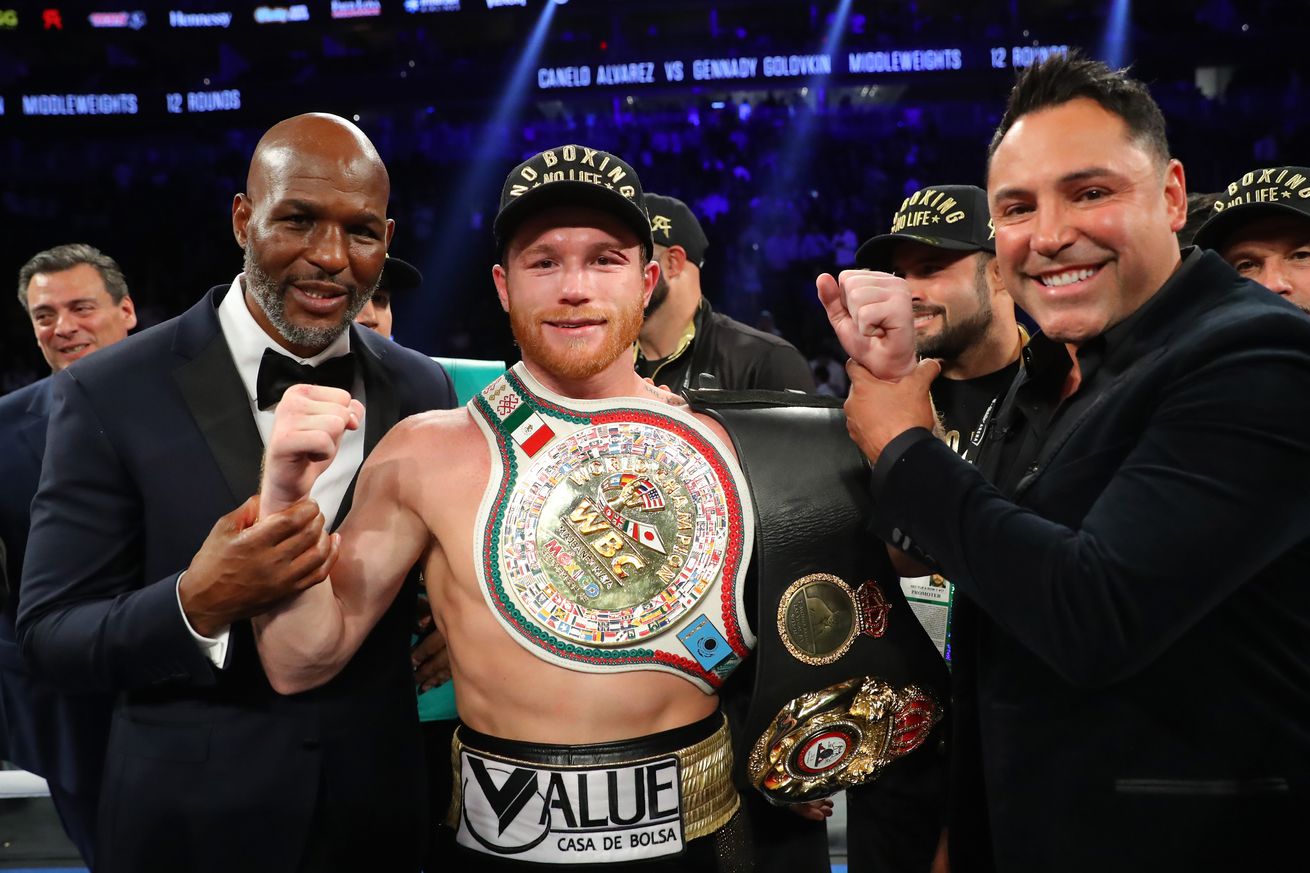 Hopkins says the COVID-19 pandemic exacerbated a lot of issues between Golden Boy and Alvarez.

It’s no secret that there was a strained relationship between Canelo Alvarez and his Golden Boy promoter Oscar De La Hoya, but it was sort of surprising to see both sides abruptly part ways rather than go through a much more significant and prolonged legal battle. But speaking to RingTV about his stance on the situation, Bernard Hopkins — who’s another Golden Boy promoter — says he harbors no ill feelings towards Canelo for the way things ended up.

“I wish the Canelo the best in his career. I hope he does all of the things that he set out to do, because we all have a short career in boxing. It’s a high-risk business, and for Canelo to maximize what he wants, you must do what you have to do.”

Hopkins continued by saying that there although there was some existing tension between Canelo and Golden Boy, the COVID-19 pandemic (which led to a lengthy shutdown of the sport that has yet to fully re-open) made matters even worse for the business relationship.

“Things were heating up with the relationship, but this COVID-19 pandemic made it come to fruition. This pandemic has exposed a lot of things, and as a fighter, I always knew certain things.”

The Hall of Famer insists that he still has a lot of respect for Canelo as a fighter and made allusions to how important the fine print in contractual agreements actually are, making it a point to say that he’s always biased towards the side of a fighter.

Canelo, who’s had his name strongly connected to a few fighters as of late, was most recently reported to be in agreement to face Callum Smith this December, in a fight that will still be carried by DAZN despite the split from Golden Boy.