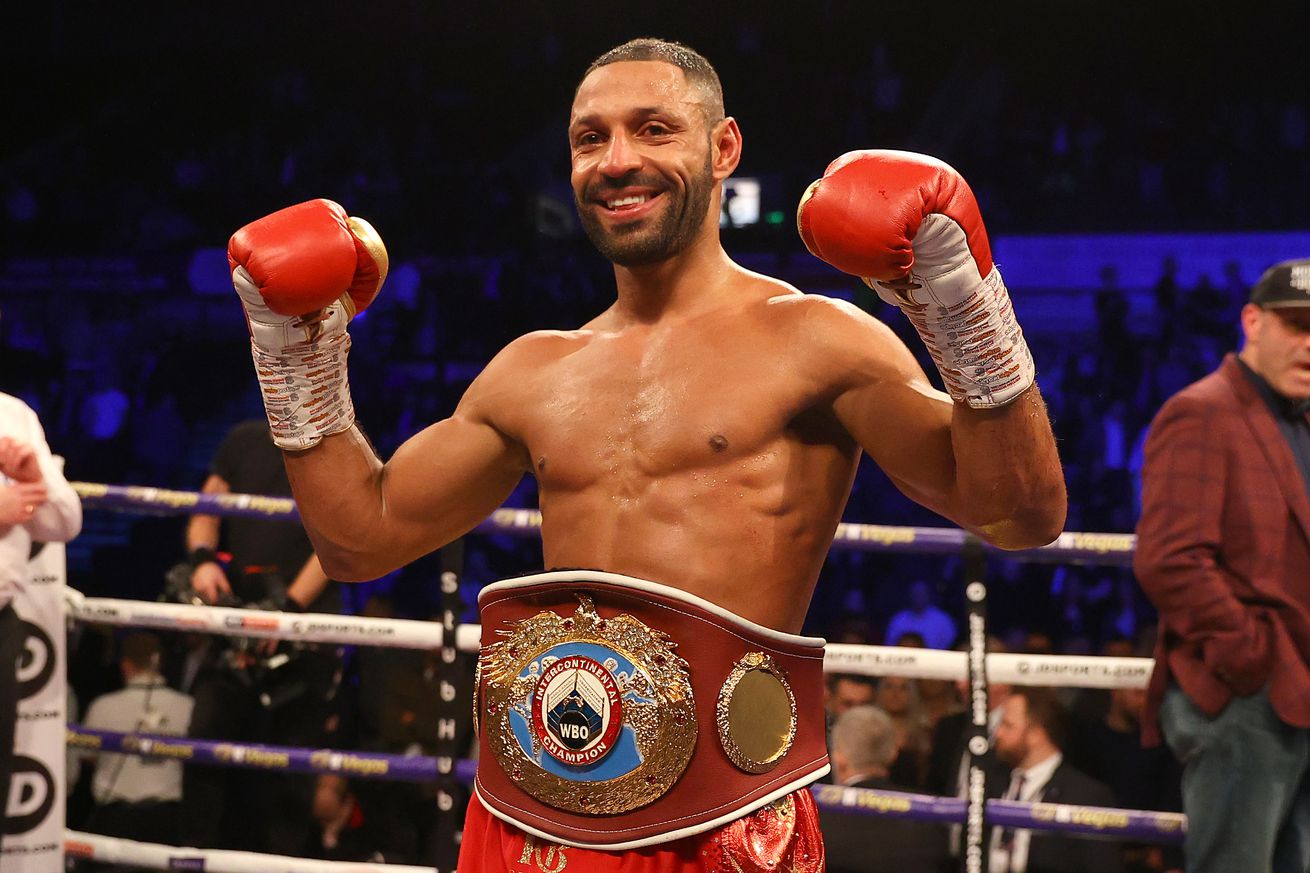 “Special K” is a huge underdog against the welterweight titlist, returning to the US for the first time since toppling Shawn Porter.

When the bell rings inside the Bubble on Saturday night, Kell Brook will once again be asked some big questions against one of the sport’s elite. Over a career that has been underpinned by extremes — huge fights in the upper echelons of the sport against Shawn Porter, Gennadiy Golovkin and Errol Spence Jr. vs underwhelming title defences against Jo Jo Dan and Kevin Bizier — Brook is attempting to reclaim a version of the welterweight title after losing his IBF strap in 2017.

Pound-for-pound star Terence Crawford is the man setting the exam for Brook, as the 34-year-old looks to prove his worth in the 147-pound division once again. “Special K” starts out an 8/1 (+800) dog against the WBO titlist, but will be focusing on the following areas as a possible path to victory.

Finding a home for his right hand

Despite the champion’s ability and craftiness in switch-hitting, Brook will be expecting Crawford to come out from the first bell in the southpaw stance. Crawford’s ability to bounce in and out of range using his lightening feet and fast hands will require Brook to be patient in his attacks, but the Briton will need to find a home for one of his “chocolate brownies” early in the fight to gain the respect of Bud.

Timing Crawford is easier said than done — his slick movement allows for new angles of attack to form once you think you’ve dealt with the initial threat — but Brook’s power from a straight right hand could trouble the whiskers of the naturally smaller man in the opening stanzas. This attack will have to be timed to perfection off the Crawford jab, aiming to catch the champion square on.

Brook has always carried power at the welterweight limit and will need to use it. His spiteful jab also needs to deployed early in the fight to dissuade Bud from gliding into the pocket when he wants.

Rolling back the years and finding comfort at 147

Brook’s career-defining win over Shawn Porter was over six years ago. It’s often cited whilst trying to find Brook’s path to victory in any fight, mainly because he hasn’t notched up a notable victory since. Despite starting slowly in that fight, Brook was able to fight long over the twelve rounds, punishing Porter in the second half of the contest. He worked well off his jab and landed the cleaner, more accurate work to pinch the decision.

However, six years older and over three years since making the welterweight limit, questions will be asked over the engine of Brook if we reach the championship rounds. He told Mike Coppinger and Lance Pugmire on the “Pug and Copp Boxing Show” that he was ready to go to war and fight for “15 rounds” — and that is exactly what he’s going to have to do to stand a chance of matching Crawford’s work on Saturday.

It’ll be interesting to see how Brook looks after rehydrating following his crash down to 147. He has claimed he has no issues making the limit, but how his body reacts on fight day may be more telling. If his engine holds up and his stamina isn’t under scrutiny, Brook will feel less pressure to rush his early work in an attempt to blow Bud out early.

We questioned the orbital bone of Naoya Inoue a fortnight ago against Jason Moloney, with the Japanese superstar brushing aside of one of boxing’s more concerning injuries. Brook has suffered two broken orbital bones at the heavy hands of Gennady Golovkin and Errol Spence Jr. but doesn’t appear overly worried about these injuries reoccurring in his career.

“I’m like the terminator now,” he told Coppinger and Pugmire, alluding to the titanium that has been inserted into his face to help the durability of his bones — a moniker he has tried to make stick since surgery in 2017.

Whether or not his old injuries re-surface, the psychology behind such concerning injuries must be a factor in the way Brook addresses a contest. The fact that his eyes have held up over the last couple of years may give him that freedom to take more risks that would have previously been deemed reckless.

Brook is 2-1 in meaningful world title contests and it’s important that we judge him in the heat of the biggest tests ahead of a fourth. Unconvincing and underwhelming wins over Sergey Rabchenko, Michael Zerafa and Mark Deluca saw many onlookers write the Sheffield fighter off, but like many of his peers, Brook believes he comes to life when pushed into the deep end.

It won’t get much deeper for Brook than inside the Bubble this Saturday — will it be sink or swim?