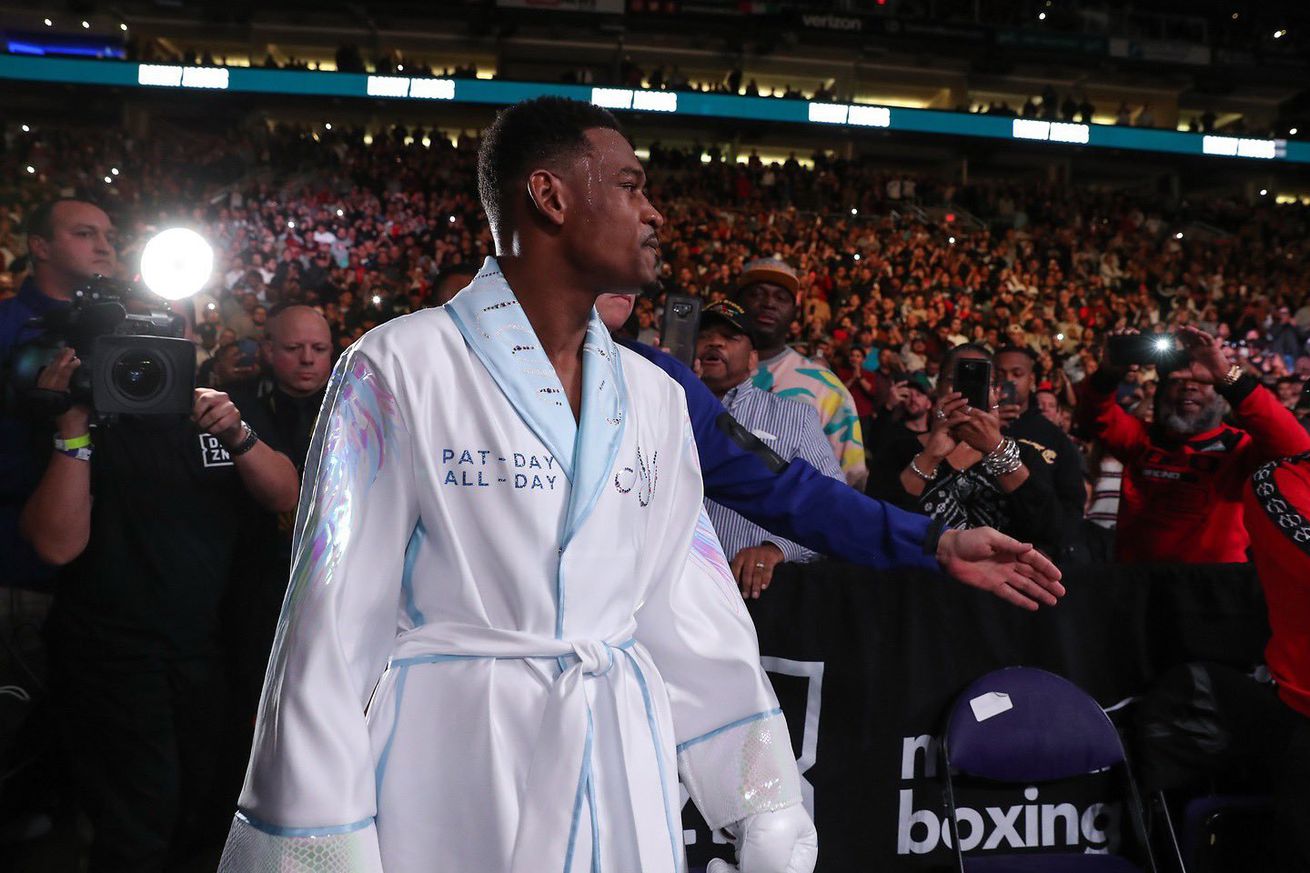 Daniel Jacobs picked up the win in his move to 168, but that was far from the story of the night, as Julio Cesar Chavez Jr sent the Phoenix crowd into a rage.

Tonight’s DAZN main event in Phoenix between Daniel Jacobs and Julio Cesar Chavez Jr was controversial and something of a circus from the minute it was signed, what with Chavez having been suspended in the state of Nevada for evading drug tests, and that continued right on through the weigh-in on Thursday, where Chavez surprised nobody by being badly overweight and having to get the contracted limit of the fight raised by five pounds, forking over $1 million to Jacobs in the process.

On Saturday night, Chavez, who overnight got his hair bleached and some blue dye added on top, looked good for a round or two. He came out throwing some punches, obviously much bigger than Jacobs, trying to do damage.

But Jacobs didn’t take long to figure out a pretty effective plan of attack, and after five rounds with the momentum swinging in the Brooklyn fighter’s favor, Chavez quit in his corner. Trainer Freddie Roach said it was a broken nose. Chavez, apparently, said it was his hand. Maybe it was both. Maybe he just wanted a way out. Either way, in the end, it was completely Julio Cesar Chavez Jr, and the fans — who were solidly in Junior’s corner despite years of him letting down the people who have supported his propped-up career — were displeased.

Spectators pelted the ring with debris, leading to a glorious scene where Chavez (51-4-1, 33 KO) was ushered out of the ring by security holding round cards as makeshift riot shields, while 67-year-old actor Mickey Rourke provided extra protection for the 33-year-old fighter.

Jacobs (36-3, 29 KO) tried to celebrate his win, but in all reality he, too, should have just left the ring, as garbage continued to fly in, and more security holding more round cards stood around him looking to block incoming fire during his post-fight interview with Chris Mannix, which probably didn’t need to take place.

“I wanted to make sure I could take the punches, I could bang if I needed to bang, box or brawl when I needed to,” Jacobs said, attempting to focus on the fight while constantly flinching because of projectiles coming his way. “I’m comfortable with the victory.”

“I want to move and step up in the right direction,” Jacobs continued, and confirmed he wants a world title fight at 168, but isn’t writing off a return to 160, either. “I want Jermall Charlo and I want a GGG rematch, but if I can’t get that, I’ll fight here.”

It is worth noting that when Jacobs left the ring finally, he received some cheers and reportedly nothing was thrown his way.

Promoter Eddie Hearn stopped by commentary briefly, but didn’t do an interview. The circus he designed had turned against him on this night. Blow-by-blow man Brian Kenny was at one point hit with a flying object, and reported that even as the crowd largely cleared out very quickly in disgust, there were fights breaking out among those left in the arena. Color commentator Sergio Mora harshly criticized Chavez for quitting — something he stressed that, as an ex-fighter, he doesn’t like saying about fighters — and for the sport enabling him by paying him millions of dollars he doesn’t deserve.

And so the much-ballyhooed “Fight Season on DAZN” ended on a scene of chaos and fan rebellion. Here’s hoping Chavez doesn’t get the chance to do this again.