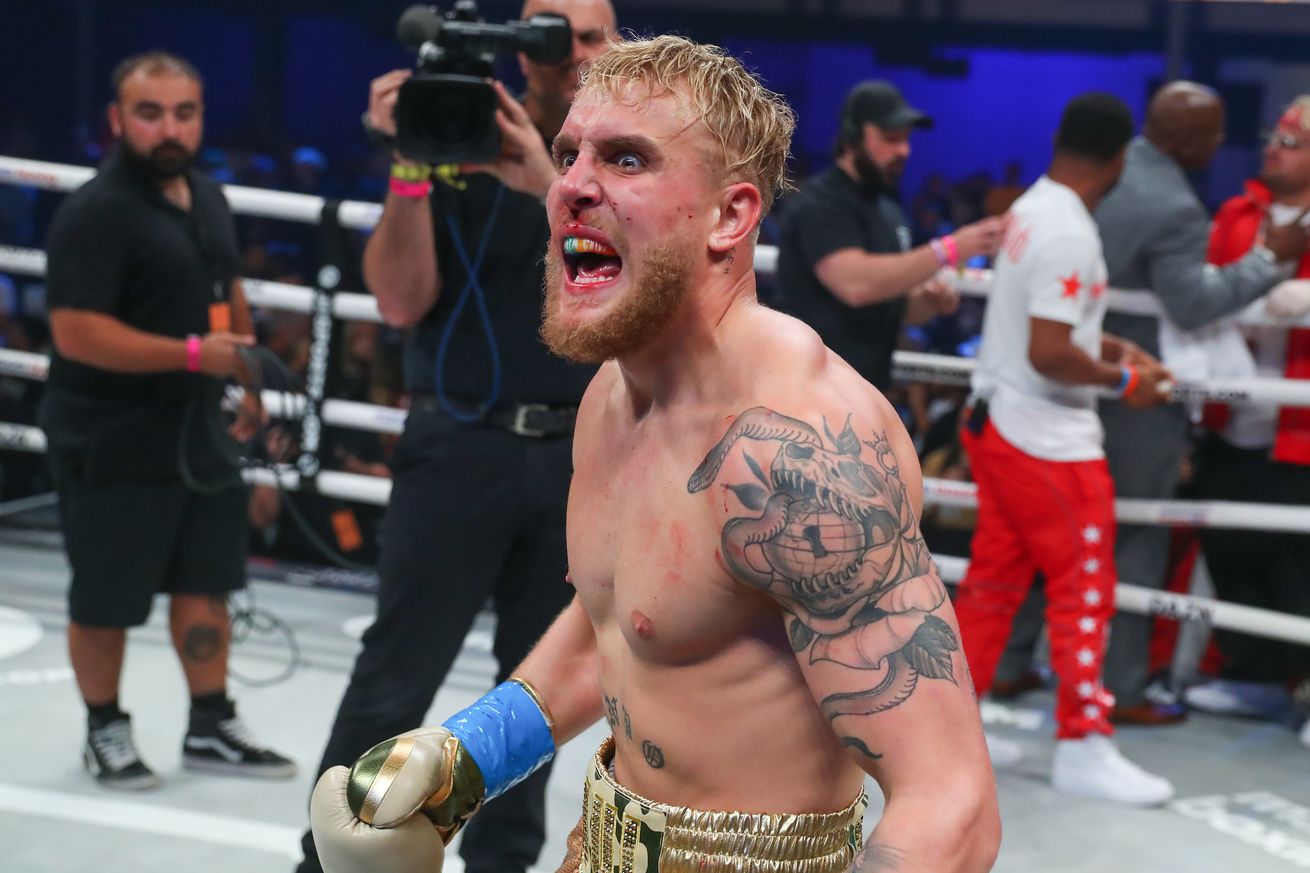 With the monster bombshell that 54-year-old Mike Tyson will fight 51-year-old Roy Jones Jr in an eight-round pay-per-view exhibition where nobody really tries that hard to win on Sept. 12, we’ve got another bit of massive breaking news: YouTuber Jake Paul will fight former NBA player Nate Robinson on the same card, Shams Charania confirms.

Paul made his “pro boxing” debut on Jan. 30 as part of a DAZN card in Miami, beating fellow YouTuber AnEsonGib via first round stoppage. Paul, 23, had the look and build of someone athletic — he wrestled in high school, I think, but I’m not going to any lengths to confirm my memory of that information being true — while Gib did not.

It had been expected that Paul (1-0, 1 KO) would fight KSI, who had beef with Jake’s brother Logan Paul, resulting in both an amateur and pro bout between those two. KSI won a controversial decision in a controversial DAZN main event last November. Jake and KSI did a little act after Jake’s January fight, but maybe Big Ed Hearn has lost interest in the sideshows for the moment, what with having to scrape and claw to put his actual boxers onto cards.

As an aside, BoxRec have AnEsonGib ranked No. 971 of 1,193 cruiserweights in the world and if I were the 222 guys ranked below him I might be pretty upset.

The 36-year-old Robinson is, of course, a legitimate pro athlete, not that this makes someone a legitimate fighter. The veteran guard, who played in the NBA from 2005-15, was a three-time slam dunk contest champion while standing just 5’9”. He has more recently played in the BIG3.

“I wanted to show that I’m a world class athlete,” Robinson said. “I played college football, played in the NBA for 11 years, and I’m excited to venture into the sport of boxing. Jake Paul, I want all the smoke.”

“I am excited to partner with Triller and get in the ring to fight an elite athlete. But make no mistake, on September 12th, Nate will meet the canvas early,” Paul said.