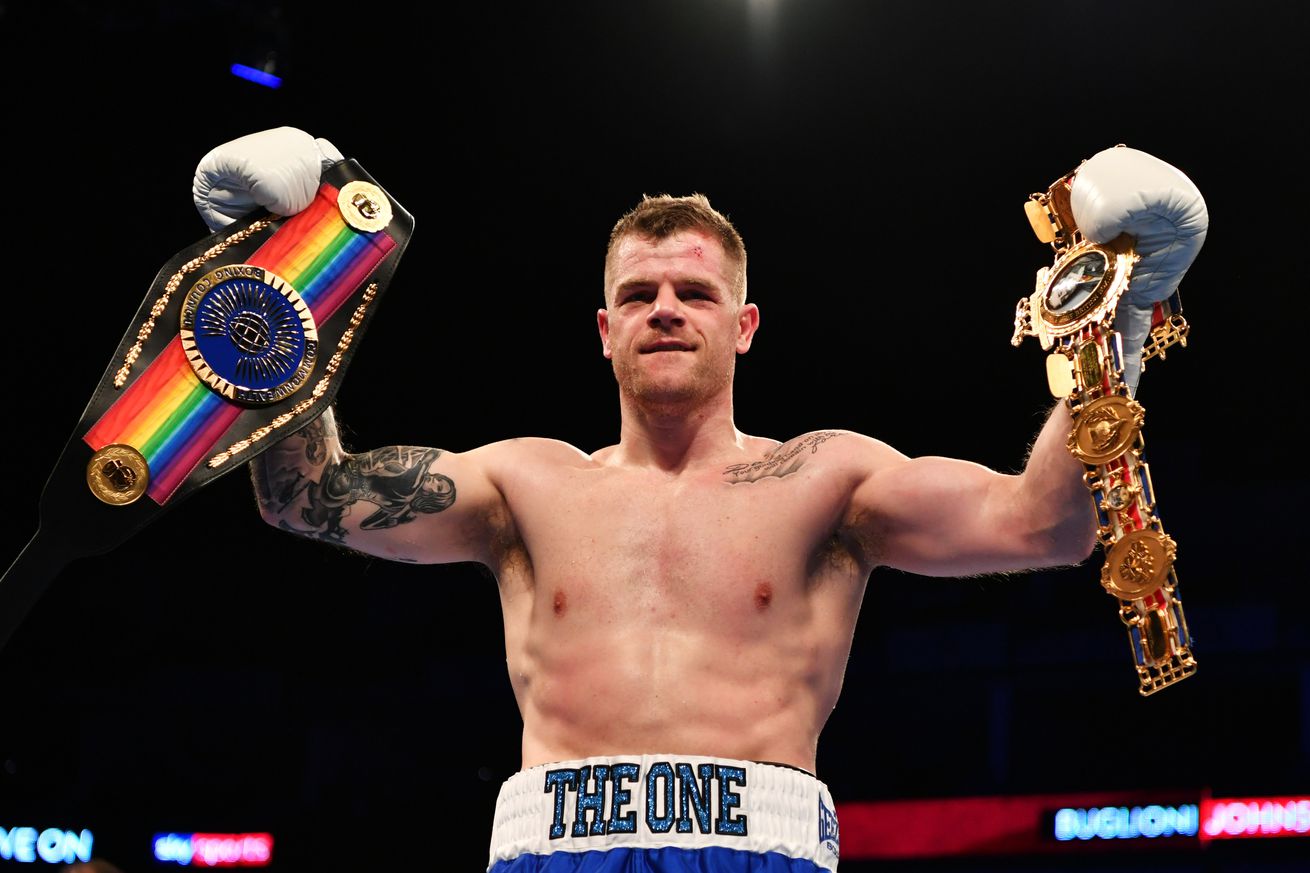 Johnson fights on the Bivol-Smith Jr card this weekend in New York.

“This is the most important fight of my career,” claims 33-year-old British light heavyweight contender Callum Johnson, as he looks towards this weekend’s meeting against Irish-American Seanie Monaghan in New York, streaming live on DAZN.

Johnson suffered the first professional defeat of his career last October in a firefight knockout against IBF light heavyweight champion Artur Beterbiev. Having been floored in the opening round by the Russian titlist, Johnson rose to drop Beterbiev in the second in a heavy-handed fight that never looked likely to go the distance.

The loss on his record will never quite tell the true story of that night in Chicago, however, the Lincolnshire-born fighter is looking to springboard his way back into the mix at the 175-pound limit this weekend, with a convincing win over a faded Monaghan.

Fighting on the undercard of Dmitry Bivol vs Joe Smith Jr for the WBA version of the light heavyweight title, Johnson is eyeing up the Russian champion further down the line this year.

“It’s a big fight, a big opportunity for me. I’d say that this is the most important fight of my career. If I was to lose, I wouldn’t get the chance for a world title shot any time soon. If I win, I think I’ve done enough to earn that shot,” Johnson stated.

“This opportunity has come around to fight in the US again and it’s a decent payday for me. Camp has gone perfectly, I’ve got a new nutritionist which I’ve never done before and I’m feeling great. I’m nervous but I’m ready to go — it’s fight week. The realisation is happening now, I’m focused on Saturday.

“I’m going to stay off social media a little bit beforehand. I think I just want to concentrate on what I’m trying to do. I’ve received a lot of messages from everyone back in Boston which has been great.”

Johnson’s career has taken off since his first-round decimation of Frank Buglioni in March last year. Capturing the Commonwealth 175-pound strap whilst defending the British title, ‘The One’ sent out a message to the rest of the domestic light heavies who have been quick to avoid him since.

Vacating his British strap has underlined his intention at world level. At 33, Johnson knows that he can manoeuvre himself into another world title challenge, with the dangerous Joshua Buatsi set to take on Liam Conroy for the vacant belt later this month. Eddie Hearn is being forced to spread his Matchroom and DAZN stable very thinly across a multitude of dates this year; Johnson is the perfect asset to a boost a British interest in a card like Saturday’s.

Speaking to Sky Sports, Johnson made it clear that he’ll have half an eye on the main event inside the Turning Stone Resort & Casino:

“I’d be watching it anyway as a fan, but there’s obviously talks that I could be in line for that shot possibly if I get a good win out here. I will be looking at that, very interested, as long as I get the win myself, which is my main focus at the minute.”

The light heavies are fast turning into one of the best divisions in world boxing. Four worthy champions with a plethora of highly-ranked guys looking to get themselves in the mix in 2019. If the World Boxing Super Series sorts its finances out, throwing all four belts into an eight-man tournament at 175 would be incredible. Unlikely, but we can dream?

Johnson would struggle in an argument to persuade his inclusion in that eight-man list, but a convincing win on Saturday lets him knock at the door once again. He’s determined not to allow it to slam shut for a second time.