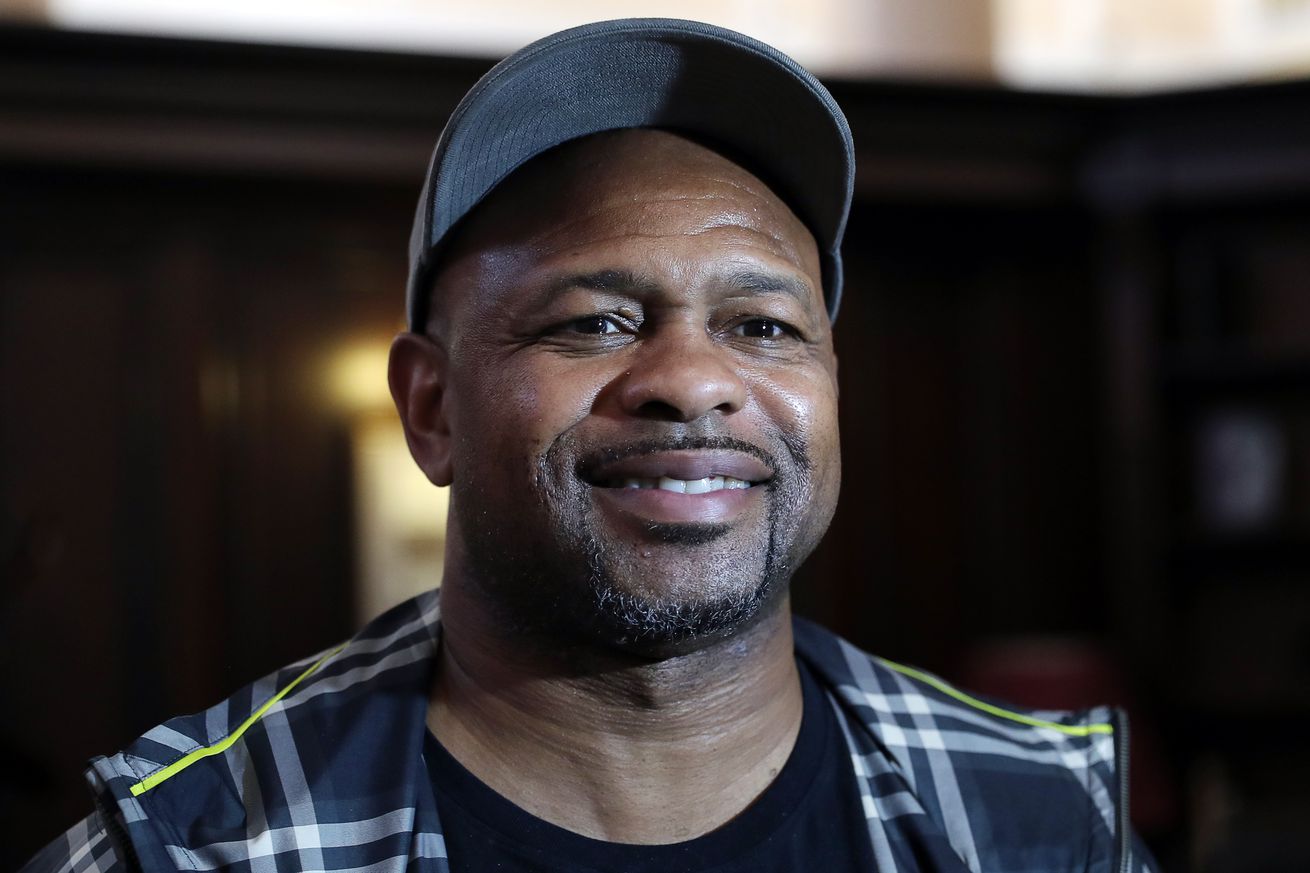 The two will get their chance, kinda, maybe, when they possibly meet in an exhibition on Nov. 28.

Roy Jones Jr has his currently planned exhibition bout with Mike Tyson coming on Nov. 28, but the 51-year-old former pound-for-pound king has other things on his plate, too, including working as a trainer and also as a promoter.

Tonight, Jones (66-9, 47 KO) is in Mississippi for an RJJ Boxing show on UFC Fight Pass, and mentioned at the top of the show that back in 2003, when he moved up to heavyweight and won a WBA title from John Ruiz, Tyson was the only other heavyweight he had interest in fighting.

“Mike Tyson was done boxing at the time, I guess, and when I got the word of that, I went back to light heavyweight. But he was the only one I would have fought as a heavyweight after John Ruiz.”

Later in the show, Jones also confirmed that he and Tyson (50-6, 44 KO) are both doing VADA anti-doping testing, but that he’d still take the fight even if the 54-year-old Tyson fails a test. He also kept suggesting that it will be a “real fight,” which it once again has to be noted that the California commission has said pretty bluntly that if anything gets out of hand, they’ll stop the exhibition.

“There is testing. They came and tested me last week, and they tested Mike last week,” Jones said. “It would concern you if you were concerned about having advantages. But for me, I’m the kinda guy, I’m old school, you know what I mean? I hope you pass the test, but when I turn my attention to you, I want you, I don’t give a damn what you got, I want you. When I see you like that, I want you, I don’t care who it is.

“I hope he passes the test, because without the test we can’t fight, but even if he didn’t pass the test, Roy would still fight.”

Jones dodged a question about how much he’s being paid for the fight, and said he’s taking it because of the fact that he’s always wanted to fight Tyson.

“I’m not even concerned about (pay), that’s not why I took the fight. I took the fight because it’s the fight I wanted back in the day,” he said. “People are at home, bored out of their minds, wearing these freakin’ masks, with nothin’ to do. So if we can put two of the most exciting heavyweight champions of all time in the ring together, who knows what can happen?”

Jones also said he thinks it’s the biggest fight on the schedule, and in many senses it’s at least up there. He says it’s a bigger fight than the Oct. 17 Lomachenko-Lopez fight, but he didn’t want to insult that matchup or those fighters, either.

As far as fan interest goes, there’s a lot out there. Whether anyone’s happy after it’s over will be another story.