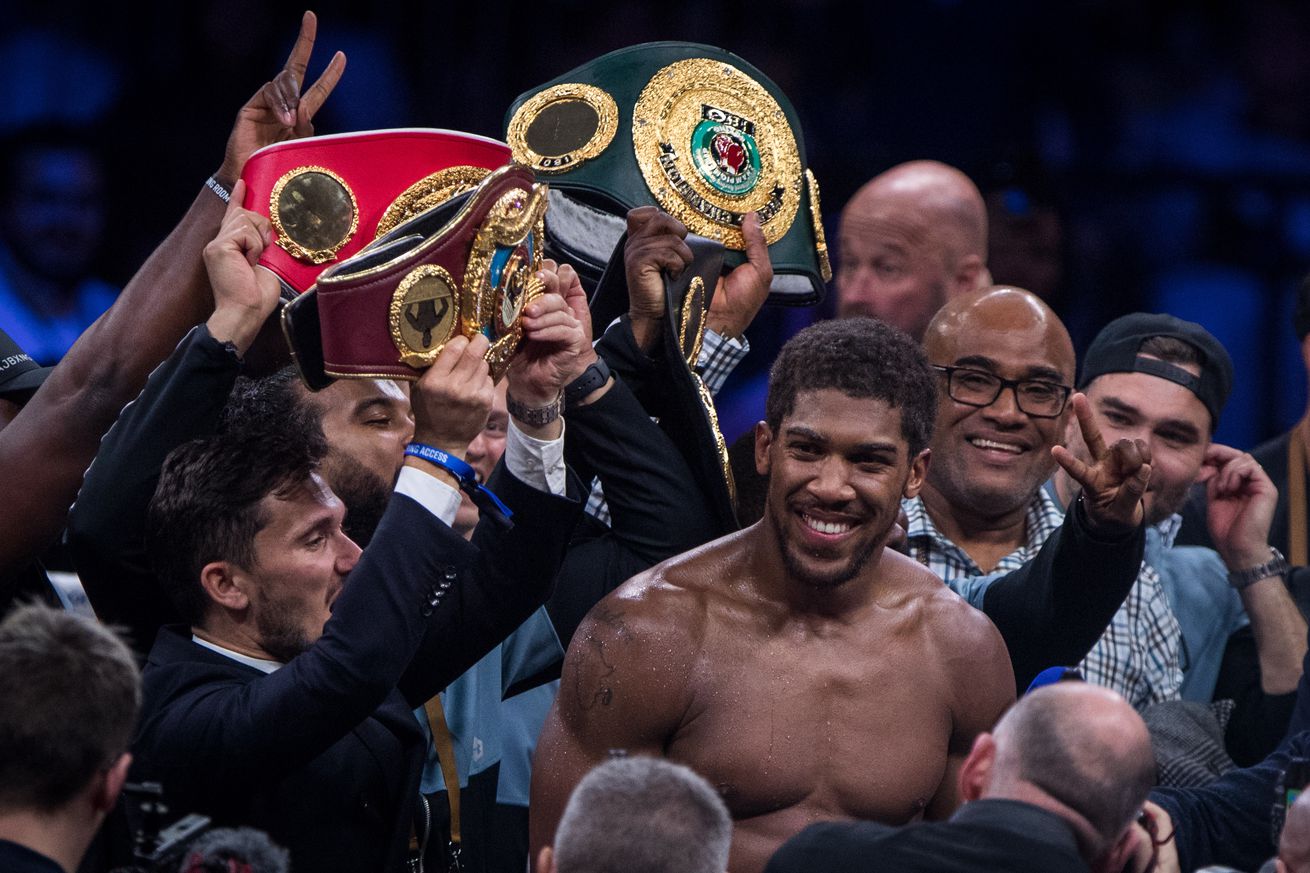 As the heavyweights descended upon Diriyah, what were the takeaways from a fully-loaded weekend?

It was a weekend to remember, but who found the right tunes on the dunes?

”Man, the first time was so nice, I had to do it twice,” the newly crowned unified heavyweight champion exclaimed to the onlooking sold-out Diriyah Arena. The 30-year-old Briton had just waltzed to a unanimous decision victory over an overweight, under par and underwhelming former champion, Andy Ruiz Jr.

The highly-anticipated rematch didn’t have the fireworks of their first meeting. Still, with a dedicated and detailed gameplan, Joshua was able to negate the threat of the “Destroyer” with relative ease over 36 minutes of absorbing, yet forgettable, action.

A contradiction of adjectives, perhaps, but as the rounds ticked by on Saturday night, there was still an overriding feeling that Ruiz was primed, patiently waiting for the opportune moment to attack. An onslaught of combinations was expected as the bells rang for the start of the tenth and eleventh rounds, but Ruiz’s threat fizzled out, and with it, his chances of retaining his championship belts.

Joshua’s improvements in patience, utilising the distance and working off the jab were evident. His attempts to hold in the clench with Ruiz were another clear tactic, but one that left Joshua most vulnerable as the Mexican-American slithered out of his grasp and fired off instinctive one-twos.

”A boxing masterclass,” as claimed by Eddie Hearn, it was not. Still, by implementing a gameplan to the finest of details, Joshua proved himself as a worthy holder of the WBA, WBO and IBF titles, laying to rest the demons of the Garden that would have haunted him in the build-up to a career-defining fight in the desert.

This slimmer, quicker, smarter, more mature version of Anthony Joshua was custom-built to defeat Andy Ruiz Jr. “What’s the game plan to beat you?” Joshua asked Ruiz during fight week – a comment now laced with irony as Joshua secured the psychological edge ahead of their “Clash on the Dunes”.

Oleksander Usyk and Kubrat Pulev look the most likely for Joshua, with a return to London expected in spring next year. Both mandatory challengers pose different threats to “AJ”, but a return to his powerful, fuller, more muscular frame is expected now he has settled the score with Ruiz.

Pulev is the most likely. Dropping the WBO belt leaves Usyk with the opportunity to become a two-weight world champion, with Matchroom keeping the belts in-house.

A hunger for future success was clearly replaced by a hunger for five-months of fame and recognition, with the former champion’s preparation for the rematch placed under the scrutiny of the boxing public. Rightly so.

Not quite all-Whyte on the night

Following months of speculation regarding the immediate future of British heavyweight Dillian Whyte, the “Body Snatcher” returned to action on the Saudi undercard registering a tick-over win against a game and durable Mariusz Wach.

Taking this fight at short notice following the cancellation of Scott Quigg vs Jono Carroll, Whyte looked laboured, wild and uncharacteristically desperate in his attempts to stop the sizeable Pole. Struggling physically, blowing hard from the fourth-round onwards, the 31-year-old’s frustrations from the previous few months followed him into the ring.

These frustrations look to have ended this weekend, as UKAD and Whyte issued a joint statement on Friday, clearing his name of any wrongdoing relating to a failed drugs test prior to his win over Oscar Rivas in July.

I’m no lawyer, nor scientist, nor insider, so I guess we have to take this statement at face value. Questions have still been left unanswered – especially concerning UKAD’s role in this saga – with Rivas left to feel rightly aggrieved in not being made aware of the situation before their July 20th bout.

Hopefully, the WBC see sense in re-instating Dillian as the mandatory challenger for Deontay Wilder’s strap, instead of bowing to the pressure of Fury–Wilder II. Whyte’s got a lot to offer this division; hopefully, he is given a chance to achieve his potential in 2020.

This scrap had all the ingredients to be a cracker, and despite not being a classic, it lived up to expectation.

Hunter went for the kill from the opening bell looking to catch the experienced Russian cold, and despite looking the more likely throughout the contest to get a stoppage, “Sasha” rallied well in gaining pockets of success.

Povetkin’s vast experience as an amateur and professional saw him peak at opportune moments, winning rounds by a slender margin where Hunter won his more convincingly. My scorecard read 115-113 in favour of Hunter; there would be no arguments in seeing this one again.

”I don’t make the score, so I don’t know what to say,” Hunter expressed in the ring afterwards with a calm demeanour. “I just have to get back to the drawing board. I thought I did enough [to win]. But obviously, the judges didn’t think so.”

On the basis of Saturday’s performance, these two have plenty to offer at the top table of heavyweights. If the rematch doesn’t materialise, Hunter–Whyte would be a banger.

”All I’m here to do is box,” Joshua repeated from the moment the rematch was announced as landing in Saudi Arabia. “I’m not a politician, I’m a boxing promotor,” Eddie Hearn would follow from the same hymn sheet as the pair looked to avoid any criticism or dispute surrounding travelling to a country that displays such questionable human rights.

When all is said and done in the desert: money talks; not only does it talk, but it shouts the loudest, drowning out the voices of concern.

Yesterday’s news is today’s fish and chip paper, and by the time we were ready to hear the first bell in Diriyah, the talk had unequivocally turned to boxing instead of the months that preceded.

Tourism budgets were blown during the Sky Sports Box Office coverage with ‘Visit Saudi Arabia’ videos filling voids between fights; journalists were brimming with praise how they were being treated in their five-star hotels, unaware of the fabricated microcosm that they had been led blindfolded into, and Prince Abdulaziz and Prince Khalid were thanked more often than God at an Academy Awards ceremony.

The sell-outs had sold-out the Diriyah Arena as Saudi Arabia’s “sportswashing” continues, inviting the world into their living room, disguising the marginalised noises bellowing from the basement.