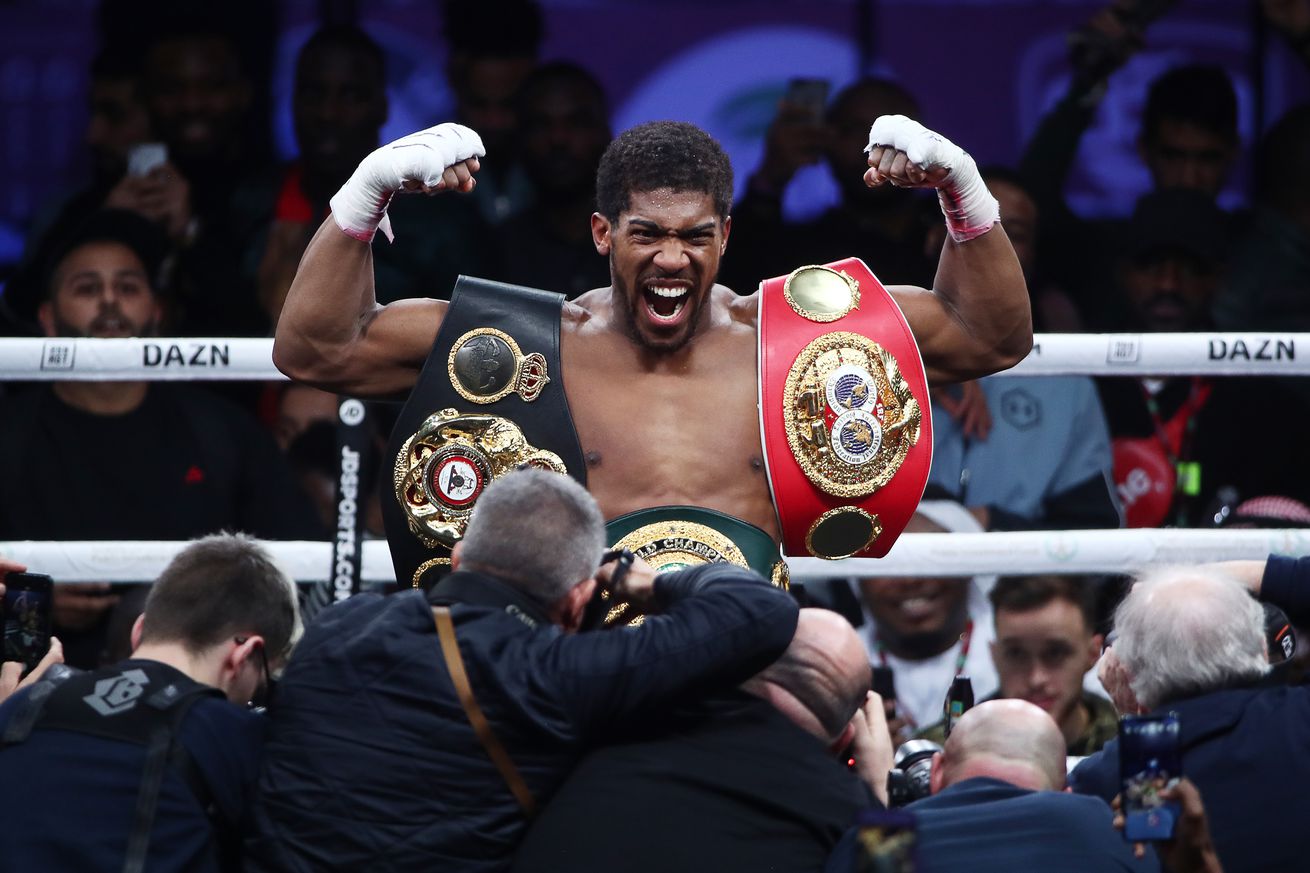 Joshua says he’ll have bigger fights than Tyson Fury in his career.

In this video clip captured by Fight Hype, unified heavyweight champion Anthony Joshua talks a bit about why he’s facing Kubrat Pulev before a potential fight against Tyson Fury for all the marbles. Check out what Joshua had to say about Fury below…

Joshua on a fight against Fury being a potentially historic clash:

“You know what, there’s gonna be even bigger because I’m not going anywhere, I’m here to kind of make history. I’m hungry, I’m fired up. Fury’s just another opponent at the end of the day. Yeah, it’s gonna be big for everyone else, but I’ve got to keep myself together when I’m looking at Fury as just another fighter. But trust me, in terms of the spectacle, the trash talking, and two juggernauts coming together, I can’t wait.

“I’ve tasted what being on top of the mountain feels like and I’ve tasted what being knocked off that mountain feels like and I’ve climbed my way back up and whoever steps in front of me now will know I ain’t looking to go back down. So when I’m fighting Pulev and I get the opportunity to fight with Tyson Fury for the WBC championship of the world, I think they’re gonna see what it feels for a man to have had it all and lost it and got it back, a man that’s experienced those turbulences and don’t wanna go through that again.”

On what he thinks of Fury coming back from the brink to become a world champion again:

“Tyson Fury, you’re either at the top of the ocean or you’re drowning. I don’t know. There’s no balance so I can’t really comment on Tyson Fury to be honest with you. I’ve got my own opinions and views of that person but all I need to know is when I’m gonna beat him, when I’m gonna fight him. I don’t really care anything else about Tyson Fury with all due respect.”