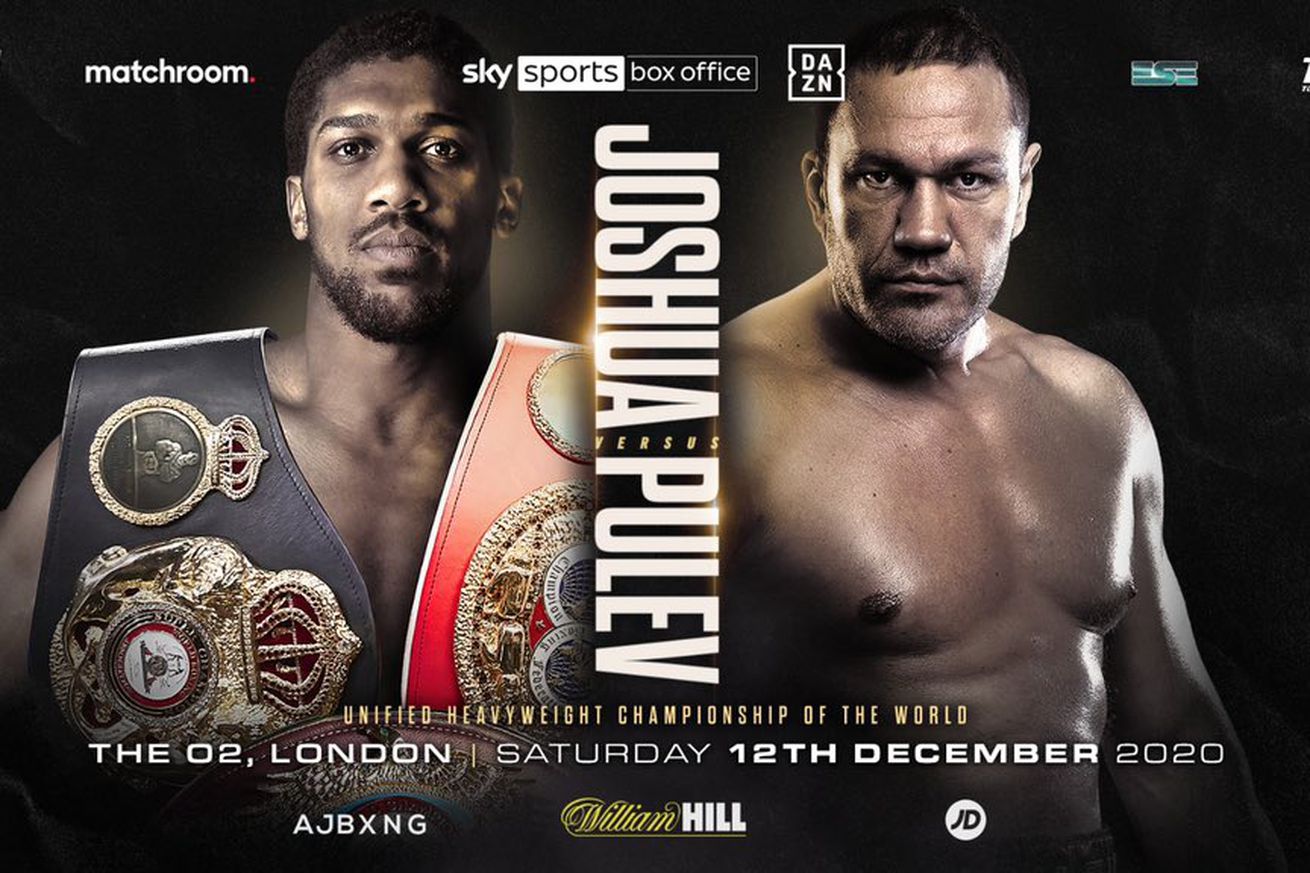 It is presently unclear whether fans will be able to attend

The fight airs on Sky Sports Box Office in the UK and on DAZN elsewhere. As far as fans in attendance, Eddie Hearn claims that he and the rest of the promotional muscle behind it “will be doing everything we can to lobby for the safe return of fans to this event.” The press release does not mention whether the vacant WBO cruiserweight title fight between Lawrence Okolie and Krzysztof Glowacki will indeed feature on the card.

Joshua (23-1, 21 KO) will make his first appearance since reclaiming the myriad titles he lost to Andy Ruiz last December. Should he emerge victorious here, he’s expected to meet WBC champ Tyson Fury in 2021 after “The Gypsy King’s” own December appearance.

Pulev (28-1, 14 KO) has been a fixture of the heavyweight division since the early aughts and has not tasted defeat since a disastrous attempt to dethrone Wladimir Klitschko in 2014. The 39-year-old, who sports wins over Tony Thompson, and Dereck Chisora, defeated Hughie Fury for mandatory status in 2018 and has since dominated Bogdan Dinu and Rydell Booker. He figures to be a sizable underdog in a matchup first booked in 2017.

“December 12 is the date and once again the Heavyweight belts go up in the air and it is my sole focus to make sure that come December 13 they are in their rightful place in the UK,” said Joshua.

“The O2 is the original lion’s den, I have a lot of history with the arena, but without the fans something huge is missing. I am really hoping that, safety permitting, we might be able to bring some boxing fans in, but we will have to see. I respect every opponent and I respect Pulev. I wish him well during his preparation.”

“For a small country of Bulgaria to stand up for the Heavyweight Titles is a great accomplishment,” said Pulev. “This fight is for my late father and all Bulgarians around the world! I’m coming to London to seize the Heavyweight Championship of the World.”