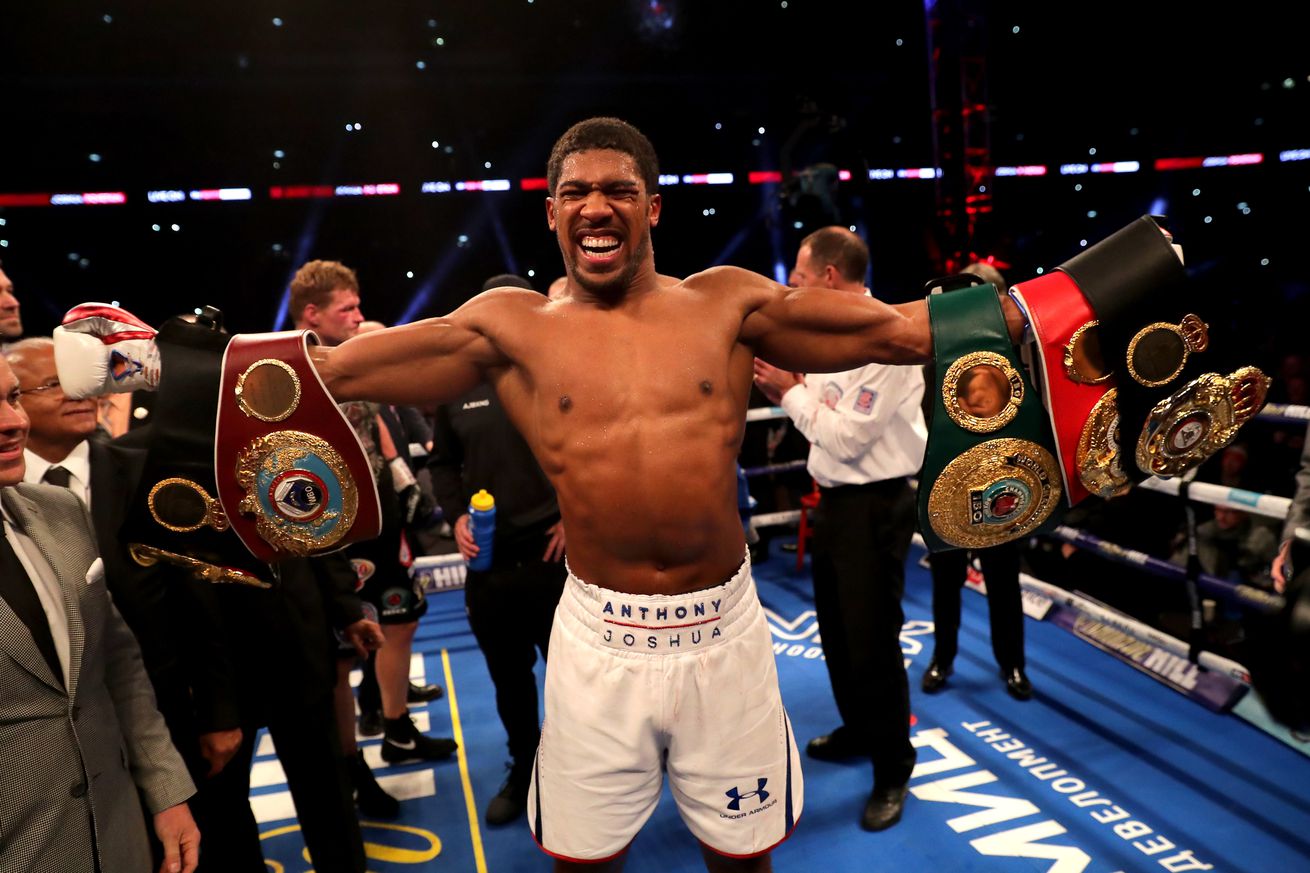 Even if Joshua rematches Dillian Whyte next, the fight most likely won’t be until the early summer.

With each passing day it looks more and more likely that unified heavyweight titleholder Anthony Joshua won’t be fighting this April at Wembley Stadium, as was originally planned. Joshua’s promoter Eddie Hearn had an April date at Wembley on hold for some time now, but there just doesn’t appear to be a viable opponent in place to make that happen.

At this point the two front-runners to face Joshua next are Dillian Whyte and Jarrell Miller. Whyte, however, isn’t content with his proposed purse for the rematch, and Hearn tells Sky Sports that even if they reach terms with Whyte on his purse, he’d still want more time to prepare for the bout.

“I think if the Dillian Whyte fight happens, it’s likely that will be pushed to May or June now,” he said. “I think Dillian feels April 13 is too early for a fight, with that kind of build-up.”

Miller, on the other hand, is said to be close to reaching a deal with Joshua, but Hearn would be keen on staging that fight Stateside — this June at Madison Square Garden — in an attempt to crash Joshua into the U.S. market. If that happens Hearn says that Joshua will most likely move his training camp to the U.S. as well.

“They would love him out there. It would be massive for him, his brand and his career. Obviously as a Brit we would rather see him over here, but when you talk about being a global star, I think it would be a massive statement.”

Hearn finishes by mentioning that they’ll try to finalize Joshua’s next move this weekend, with a formal announcement to be made next week.