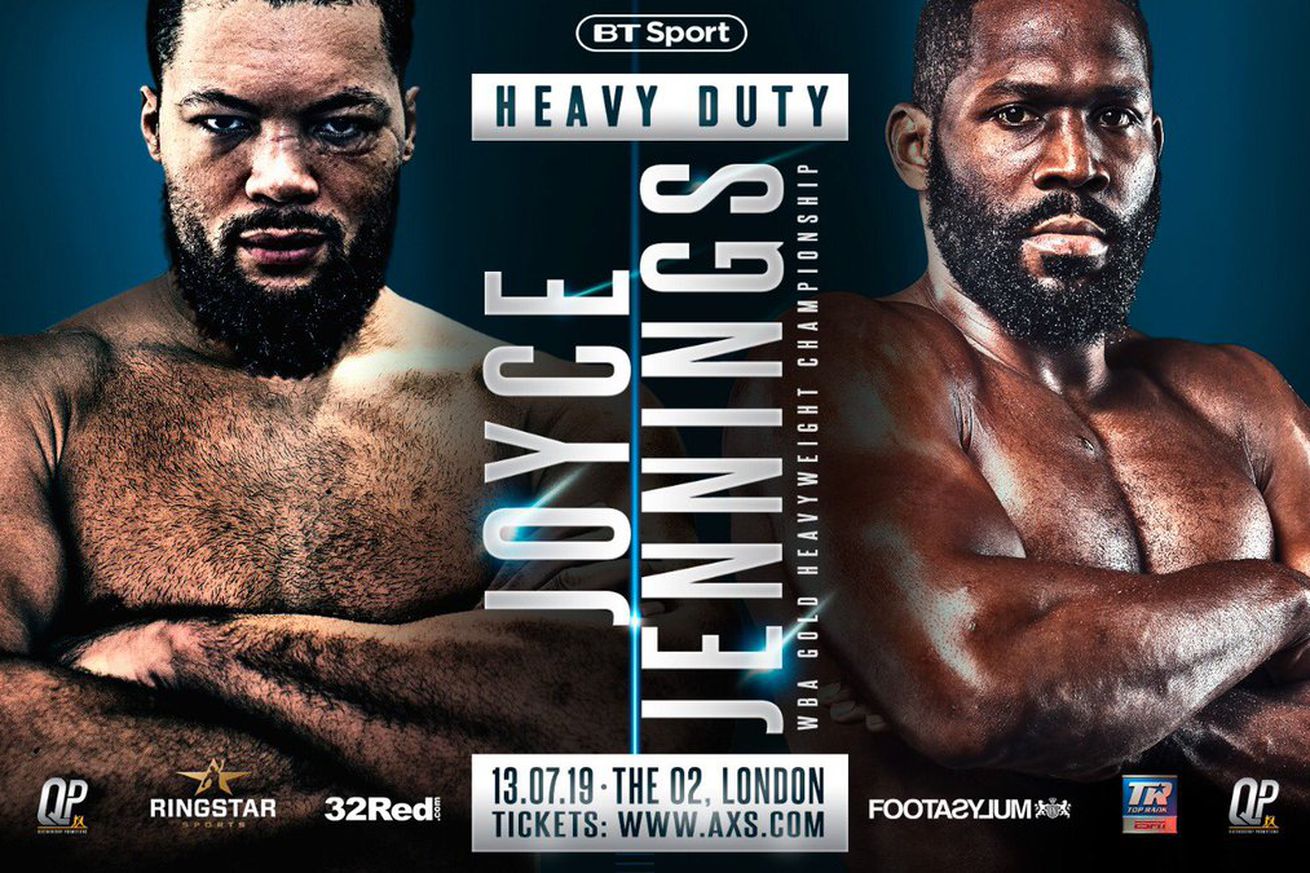 Like I said last time, this is a perfectly fine matchup. We’ve yet to see if Joyce’s (9-0, 9 KO) power and skill can overcome his glacial hand speed and lumbering movement against top-notch pros; Jennings (24-3, 14 KO) isn’t a true elite at this point, but he’s a damn sight better than Alexander Ustinov and what’s left of Bermane Stiverne.

Joyce had been ordered to fight Dubois for the British heavyweight title, but ultimately forewent the opportunity, presumably to pursue one of the WBA’s myriad titles. If he beats Jennings, my money’s on him either challenging the winner of the just-agreed regular/interim unifier between Mahmoud Charr and Trevor Bryan or getting a free crack at the now-vacant interim belt against, I don’t know, Fres Oquendo (still #3 in the rankings) or something.