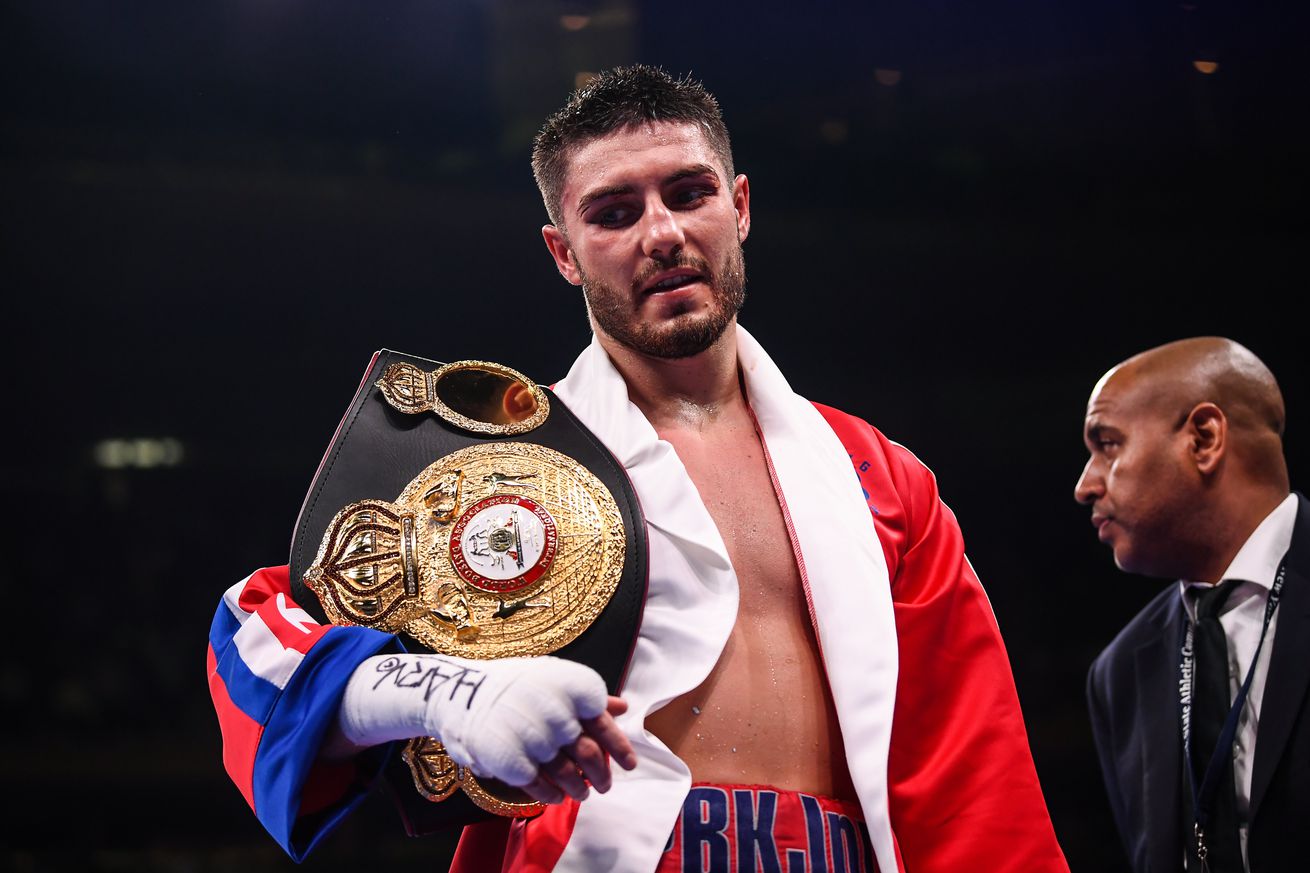 Thewelterweights were first scheduled for 2018, and then for earlier this year.

Josh Kelly and David Avanesyan have quite a lot of history for two guys who haven’t actually fought.

The welterweights were first set to meet in Dec. 2018, but Kelly fell ill and pulled out of the fight on truly last-minute notice, meaning Avanesyan didn’t fight at all as scheduled. Then, after Avanesyan bashed his way through three straight wins in Spain and won the European welterweight title, the fight was set for Mar. 28 of this year, only to be one of the many bouts that was canceled by the coronavirus pandemic.

But the 26-year-old “Pretty Boy” Kelly said Sunday on Twitter that he’s recently spoken with promoter Eddie Hearn, and that the fight with the 32-year-old Russian veteran will be rescheduled as his next fight.

Kelly (10-0-1, 6 KO) was an amateur standout for Great Britain, winning bronze at the 2015 European Games and competing at the 2016 Olympics. He’s been met with sort of mixed reviews, if you will, as a professional, with his style leading some to believe he may flame out against more serious opposition. He went to a 10-round draw in June 2019 against Ray Robinson, but to be totally fair Robinson is a veteran spoiler, the sort of guy who can be a pain for just about anyone.

Avanesyan (26-3-1, 14 KO) is on a good run at the moment, but a pretty basic, meat-and-potatoes sort of fighter, a solid professional who can do real damage at the European level and fight a bit at the world level, but certainly isn’t elite. His losses have come to Andrey Klimov, way back in 2009 in Avanesyan’s second pro fight, Lamont Peterson in 2017, and Egidijus Kavaliauskas in 2018. He also beat a faded Shane Mosley in 2016, which turned out to be Mosley’s last fight.

This is a really good matchup, though. It seemed dangerous for Kelly in 2018 when it was meant to happen first, and all Avanesyan has done since then is perform really well in three fights. It’s a proving grounds fight for Kelly, and a chance for Avanesyan to maybe work his way into another crack at a world title if he can win again.