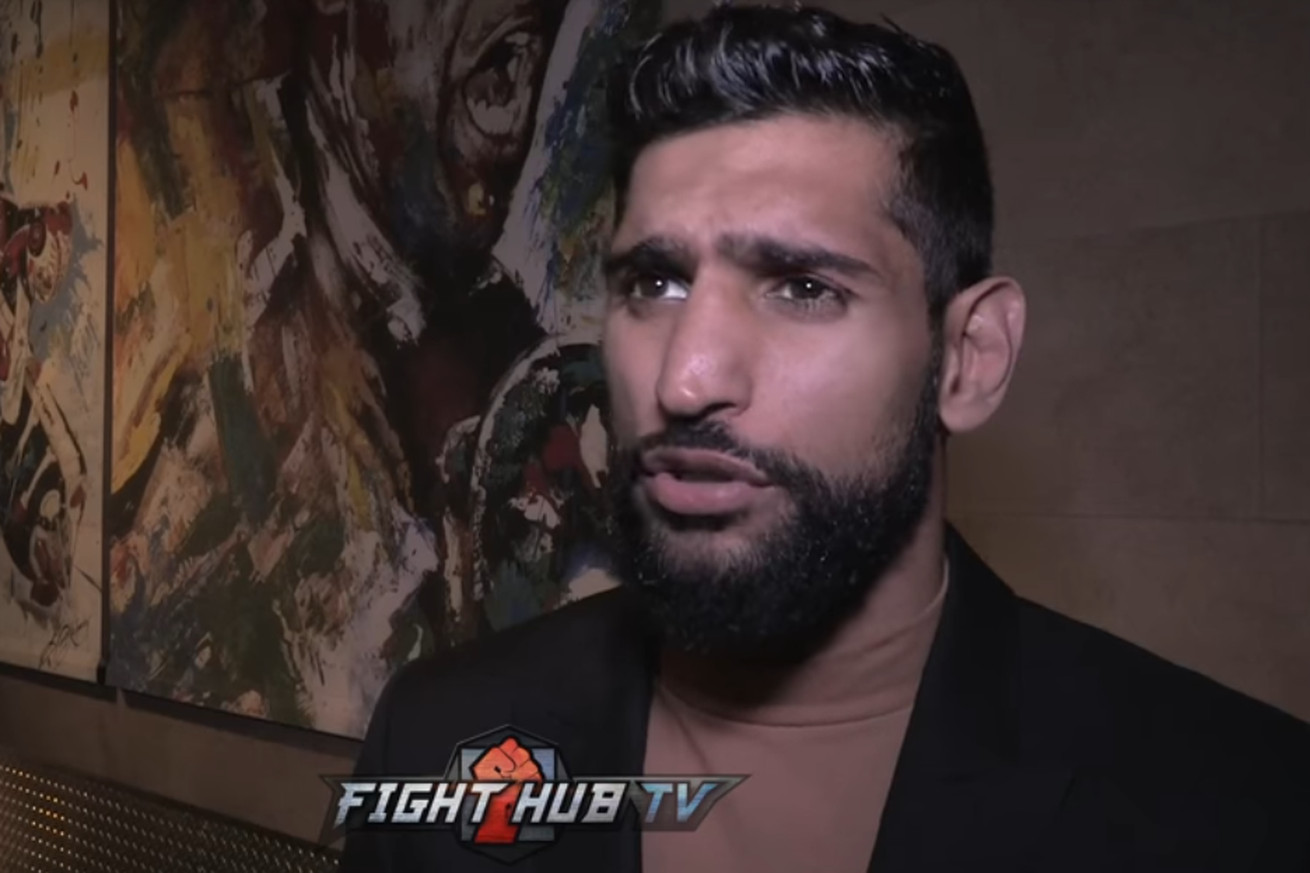 Amir Khan talks more about Saturday’s fight with Terence Crawford, including his confidence that he can take Crawford’s power.

Khan talks more about the matchup and his preparations, including his belief that he can deal with Crawford’s power.

On how he feels going into Saturday night

“I feel great, honestly. Training camp has been going well. We’re still training a bit, keeping sharp, keeping the movement OK, working on the skill set, working on the game plan. Just making sure that it’s going to be right for the fight. … We’re ready for this fight. It’s going to be a massive fight for me, a massive occasion. To become one of the best pound-for-pound fighters in the world has always been my dream, and to become a world champion is something I’d love to do.”

On extra motivation for a big fight

“It makes me train harder, makes me work harder. I know I’m up against the best out there. I made it back to the top again. I think this fight came off because my performance against (Samuel) Vargas was not the best, so they thought maybe we’ve got Amir here. Which is good, in a way, I’m quite glad that the fight didn’t go as well as I thought it could. I didn’t win by knockout. I won the fight, and then boom, I landed this fight. Things happen for a reason. I think God’s plan was to give me another opportunity to win a world title, and also to become one of the best pound-for-pound fighters in the world.”

On how he’ll beat Terence Crawford

“Being smart, being skillful, not making mistakes. Just stick to my boxing skills. My boxing skills have never been tested. I’ve never fought anyone with more skills than me. This is someone who can show me how much skill they have, who is as skillful as me. It’s gonna be like a game of chess at times, but then if he wants to come forward, it’s not like I’m fighting someone who’s physically bigger than me. He’s the same weight as me, at least. He’s gonna have power but I know how to deal with that.”

On being the underdog

“It feels great. It takes the pressure off you a little bit, and also makes you want to prove a point to the world. But this time I’m proving a point to someone who is one of the best pound-for-pound fighters in the world. I’m fighting the best out there. It can’t get bigger than this.”