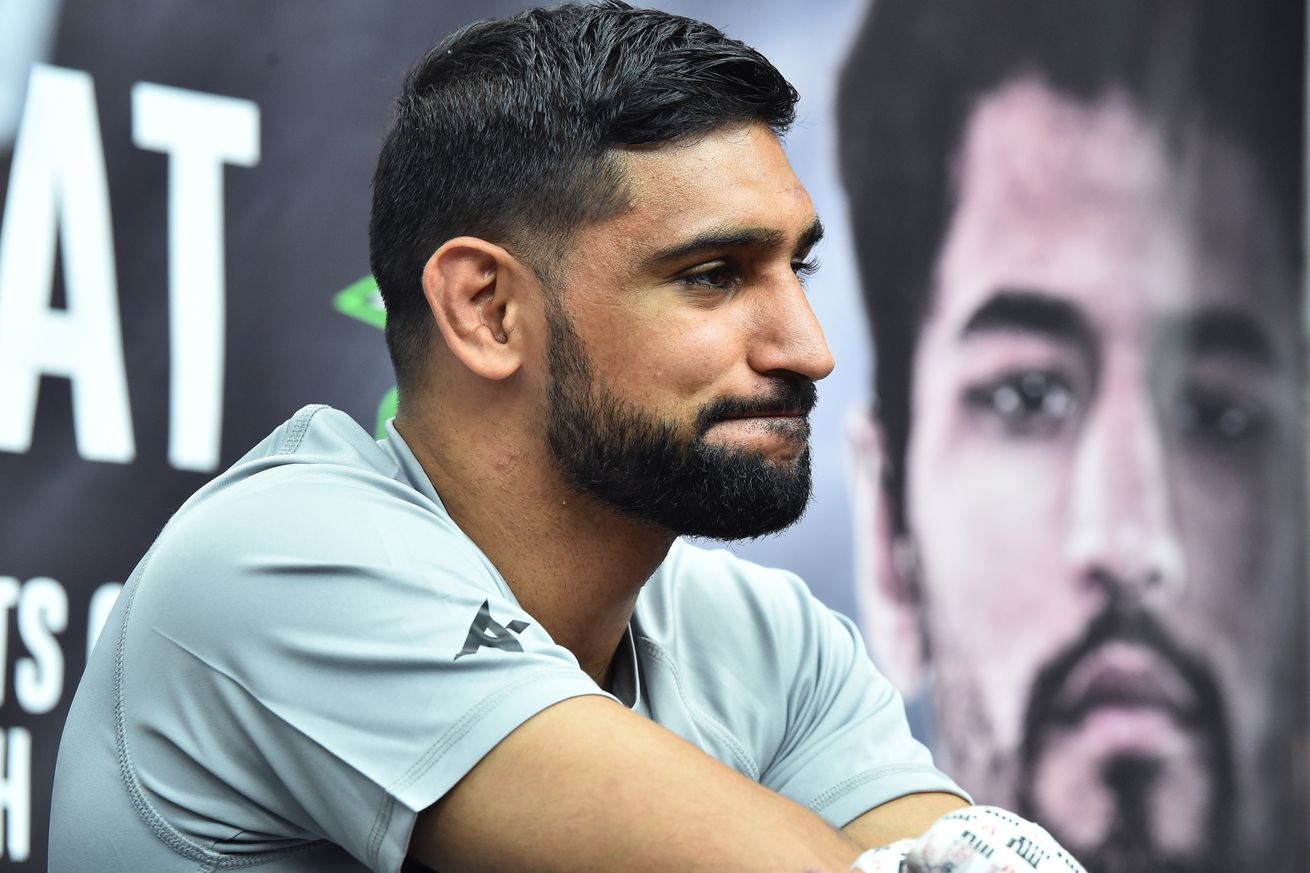 Khan immediately threw his hat in the ring at the news De La Hoya was looking to return.

In this video interview with Fight Hype, Amir Khan explains why he immediately made known his interest in fighting Oscar De La Hoya after hearing the news that the promoter wants to end his retirement. Check out some excerpts below…

Khan on tweeting out that he wants the fight against Oscar De La Hoya:

“For sure, definitely. I hear that Oscar wants to come back. He misses not being in the boxing ring and wants to get back in action again. He did say he wanted to fight one of the top guys so I decided, look, I’m here, I would love that fight against Oscar De La Hoya. He’s a legend in the sport of boxing. And yeah, man, what a huge fight that would be.

“I remember back in 2009 when I signed with Golden Boy Promotions but never thought maybe this opportunity would come one day. But maybe this is the time, this is the opportunity that I’ve always wanted and it was meant to be. Oscar says he wants a dance partner, I’m ready to dance man.”

On what weight he wants to fight De La Hoya at:

“I mean, 154 might be pushing it a little bit but when it’s up against a legend like Oscar, then there might have to be some rehydration clause or something like that. I’m not gonna make that same mistake I made against Canelo because size definitely matters in fights. This is where my team will then sit down and negotiate with him. I mean, I am my team, you know what I’m saying? And I’ll make sure that we get the right deal.”

On what he thinks De La Hoya really has left to offer in the ring: