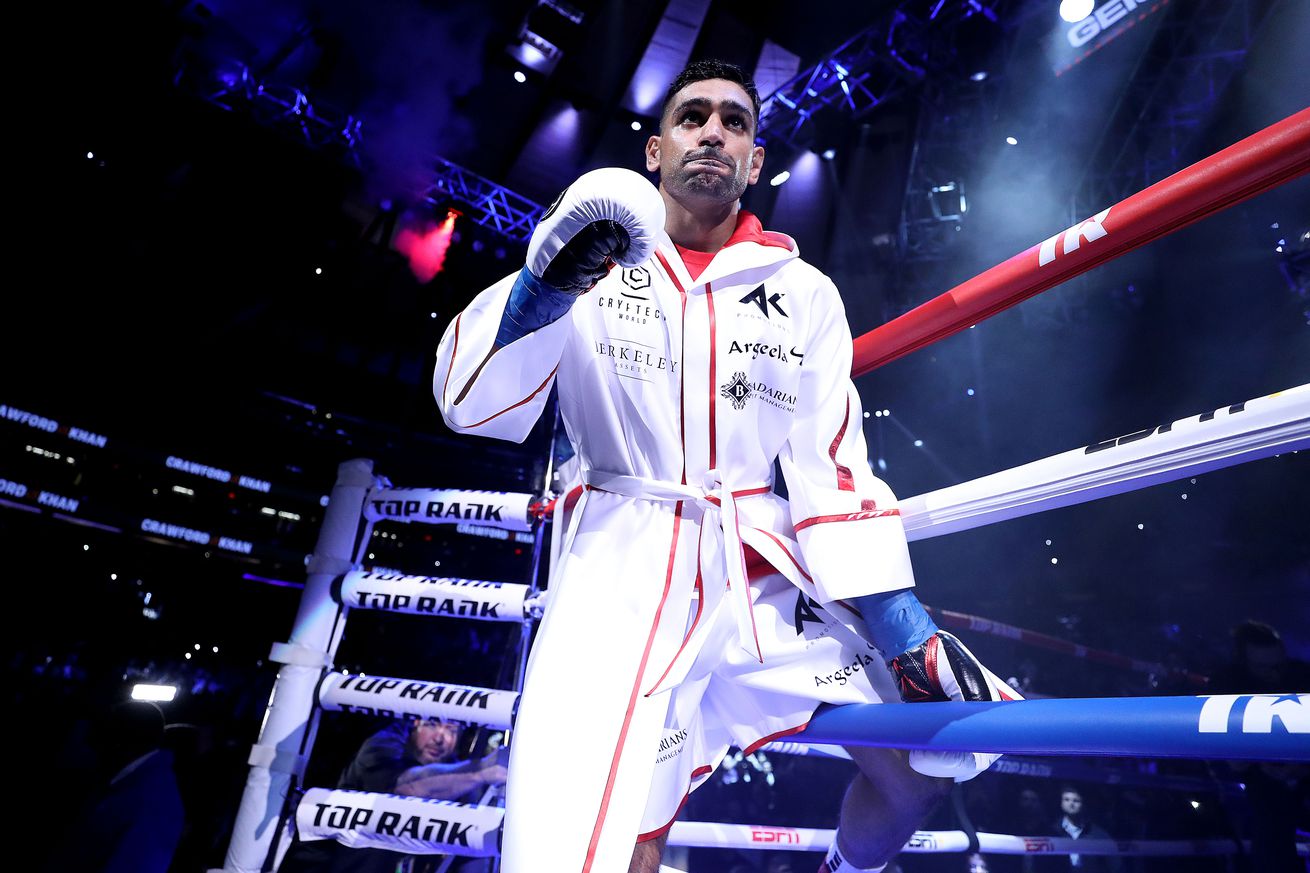 Coming off a disappointing loss, Amir Khan will take on Neeraj Goyat for a regional title.

Not far removed from his stoppage loss to Terence Crawford last month, Amir Khan already has his next fight set. Khan (33-5, 20 KOs) will take on India’s Neeraj Goyat (11-3-2, 2 KOs) in Jeddah, Saudi Arabia on July 12, fighting for Goyat’s WBC ‘Asian’ belt. Khan has long wanted to land a fight in Saudi Arabia, and now has his shot — even if it is sort of a meaningless event in the grand scheme of things.

“This is an exciting challenge that I have ahead of me. It will be the first time a British Pakistani will fight an Indian boxer, which eventually will bring the two nations together,” Khan said. “I would like to thank the Saudi government and General Sports Authority for giving me this opportunity, and I’m a firm believer in sport being a great healer.”

Goyat, 27, is probably a relative unknown in the western hemisphere. He was known as a standout amateur who help build boxing in India, but his professional record is mighty thin. I suppose the best win on his record would be a 2014 split decision against Can Xu, but that was also just a four-rounder.

Other than that Goyat has faced a bunch of fighters with barely a handful of fights between them. His last two opponents had a combined record of 11-10-1, and his fight before that was against a guy making his professional debut last year (a fight Goyat lost via unanimous decision).

“This opportunity is as big as it gets for me,” Goyat said. “Everything that I have achieved to date wouldn’t matter when I enter the ring on July 12 taking on a seasoned, established superstar in Amir Khan. I will be carrying the hopes of 1.2 billion [Indians] on my shoulders, who will expect me to bring the [regional] title [home] by causing an upset.”

Khan, 32, on the other hand, has been stopped twice in his last four outings. But even with Khan looking pretty bad in the way he bowed out of this last fight against Crawford, he’s still pretty clearly above Goyat’s class. Khan and Goyat are expected to hold a four-city promotional tour to build the fight, hitting Delhi, India, Karachi, Pakistan, then London, England, and finally Jeddah, Saudi Arabia.

I’m sure this fight will have the global appeal it deserves.