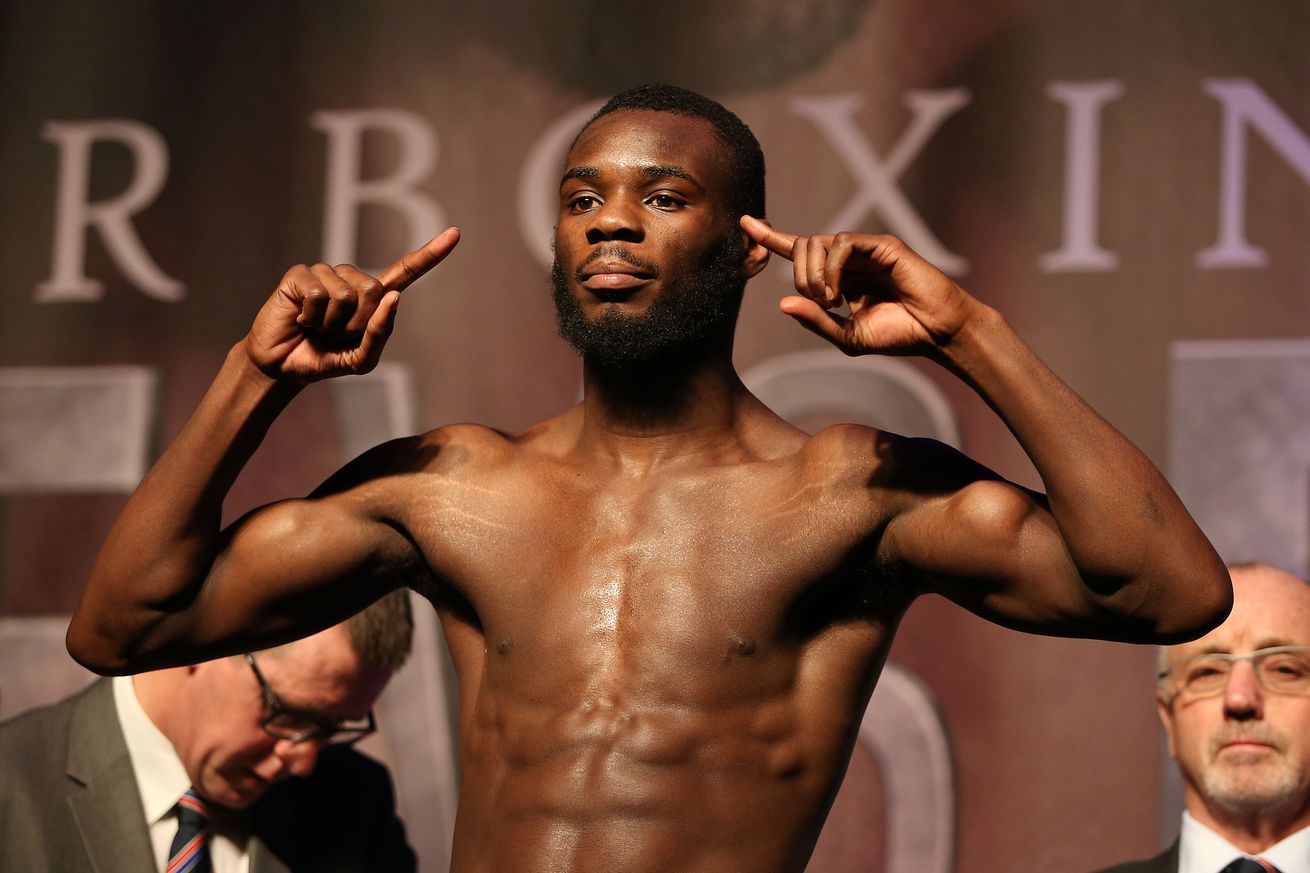 London’s Chris Kongo scored the biggest win of his career last month when he beat down Luther Clay, but he’s got his eyes on bigger things. The 27-year-old “2Slick” tells Sky Sports that he’s keen on facing fellow unbeaten Conor Benn for the British welterweight title.

“It’s been spoken about a lot of times. A lot of people compare me to Conor Benn and now I’ve had the fight, my name is out there. People are saying that I’m the best welterweight in the division.

There remains one major obstacle at the moment: Chris Jenkins, who actually holds the title. Eddie Hearn had intended to pit mandatory challenger Benn (16-0, 11 KO) against Jenkins back in July, but the plan never came to fruition. If they do end up meeting, though, it presumably won’t take much to set up Kongo (12-0, 7 KO) vs. Benn, as Benn himself called the fight “very easy to make.”

Kongo isn’t put out by the possibility of having to wait or claim mandatory status.

“But if I have to become mandatory for the position to fight Conor Benn, I will do that as well. Either way, I want to just get my hands on the British title.

“Me against Benn would be a wicked fight. I believe in myself. I’m big, tall and strong for the weight, and I can only see it going one way, with a knockout ending by Chris Kongo.

“Every little aspect plays a part in my boxing. My experience, my size, and my power. It will be a one-sided fight.”

Ultimately, he however, he wants to take on the elite.

“I look at them and I say to myself, ‘One day, I will be fighting one of them.’ I’m looking at them as targets.