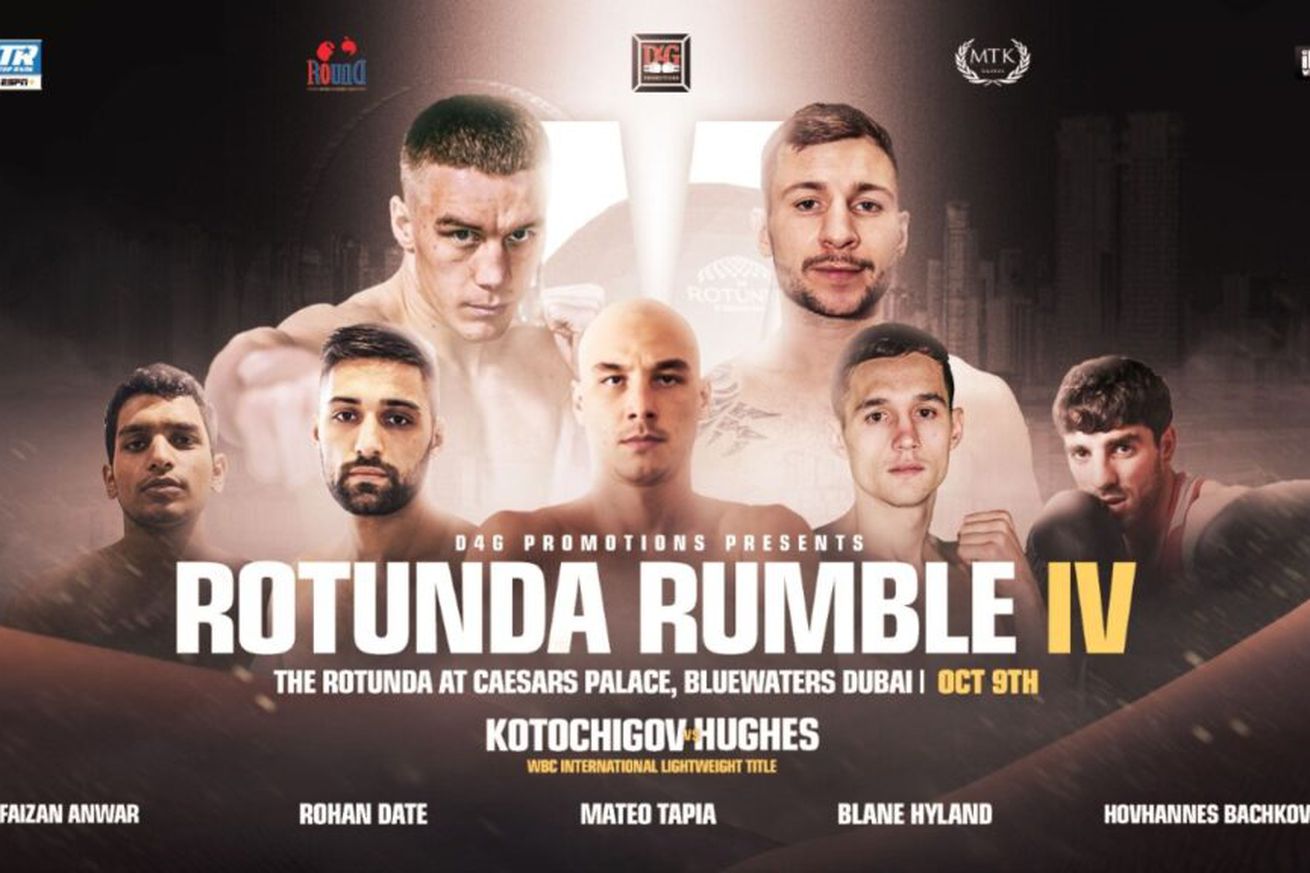 The fight will headline a show from Dubai.

MTK Global have announced a card for Friday, Oct. 9, which will be headlined by Viktor Kotochigov against Maxi Hughes in a lightweight bout from Caesars Bluewaters in Dubai.

The 27-year-old Kotochigov is an unbeaten Kazakh prospect, having run up a record of 12-0 (7 KO) to date. He just fought on Aug. 23 in Kazakhstan, beating Andrei Isayeu via third round TKO.

The card will stream live on ESPN+ in the United States and also feature returns for Cesar Mateo Tapia, Rohan Date, Blane Hyland, and Faizan Anwar, plus the pro debut of Hovhannes Bachkov, an Armenian who fought at Rio 2016 and went on to win bronze at the World Championships in both 2017 and 2019, plus gold at the 2017 European Championships and 2019 European Games.