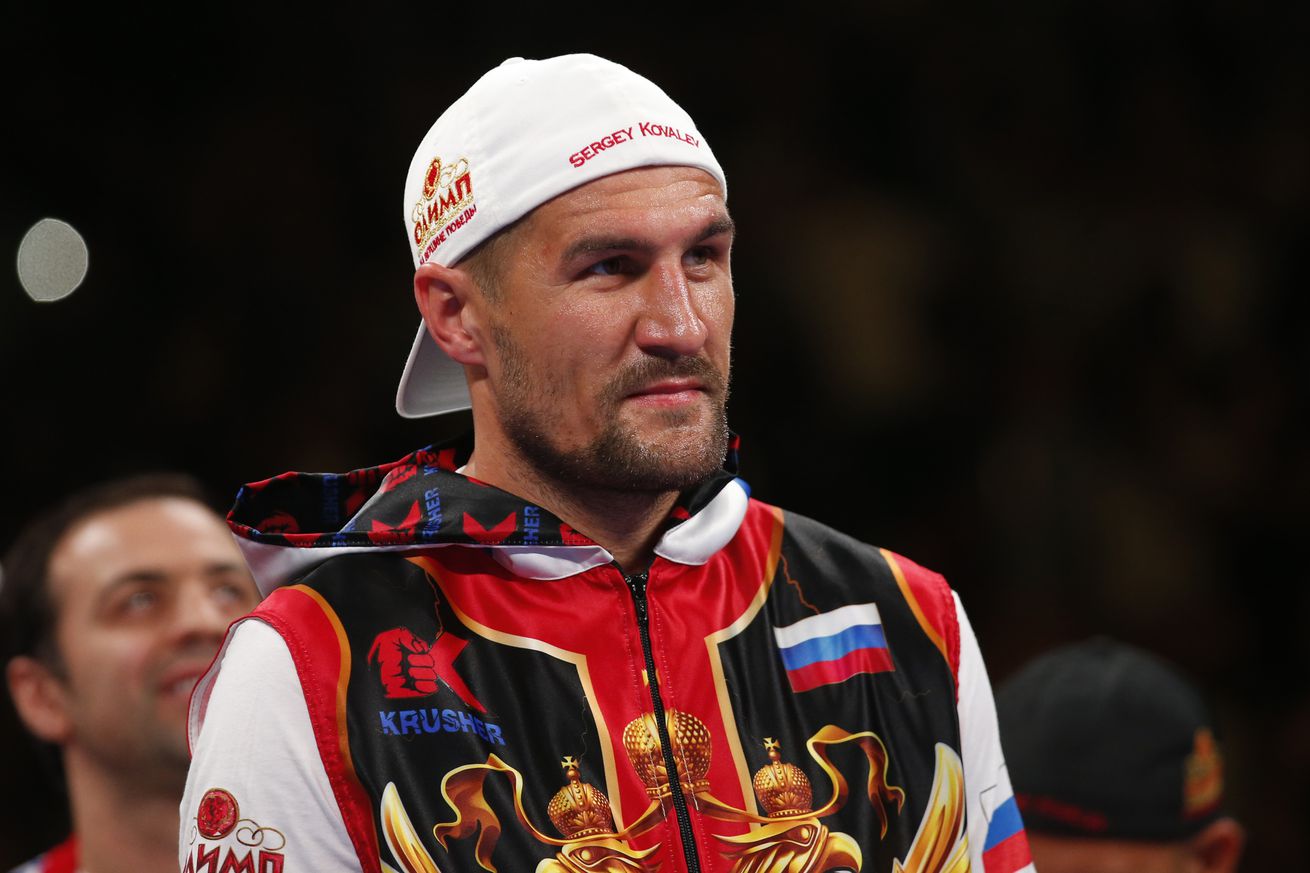 The Russian fighter avoided more serious charges in the case.

Boxer Sergey Kovalev pled guilty Friday in a criminal case arising from a 2018 incident with a woman in California, according to TMZ.

That has to be considered grounds for sighs of relief, probably, for the 37-year-old boxer from Russia. At the start of the proceedings made public, Kovalev faced felony charges.

The prosecution originally put forth that an assault occurred when Kovalev had an interaction with a woman in Big Bear, Calif., on June 18, 2018. One Jamie Frontz has gone public with her account of the matter. She said they got friendly and kissed. Then, when she wanted to slow the proceedings, the two began to argue, and she told authorities that Kovalev became violent, kicking her dog and striking her.

Kovalev is tasked with completing three years of probation, and the order to serve two days in jail has already been satisfied, because he spent time locked up when the fracas unfolded. Court documents also show Kovalev has to complete an anger management program.

Kovalev hasn’t publicly responded to the ruling from the judge. In his boxing career, Kovalev is promoted by Main Events, and I sent a message asking for a statement from the promoter. I will insert a response when furnished.

The Russian fighter rose the ranks after turning pro in 2009. He learned early from trainer Don Turner, then John David Jackson. Jackson and Kovalev parted ways acrimoniously, and more recently Kovalev has settled in with Buddy McGirt.

He’d stayed unbeaten and collected various crowns at 175 until a 2016 faceoff with Andre Ward. Kovalev became a fixture on HBO, impressing pundits and fans with wins over Bernard Hopkins and Jean Pascal. Back to back losses to Ward removed some of the shine, and he’s 4-4 in his last eight bouts.

Periodically, reports of excessive alcohol use have bedeviled Kovalev. On Feb. 24, 2020, it was reported he’d been pulled over and then arrested for DUI in Los Angeles. In the fall of 2017, Kovalev said in joking fashion that years before that he’d drank too much, even while he was able to maintain top form in the ring. “I was a drunk champion for three years,” the fighter told press.

Kovalev was to face Cuban Sullivan Barrera on April 25 of this year, but that fight got scrapped in mid-March because of the spread of COVID.

No word is out on if and when the Kovalev may return to the ring.