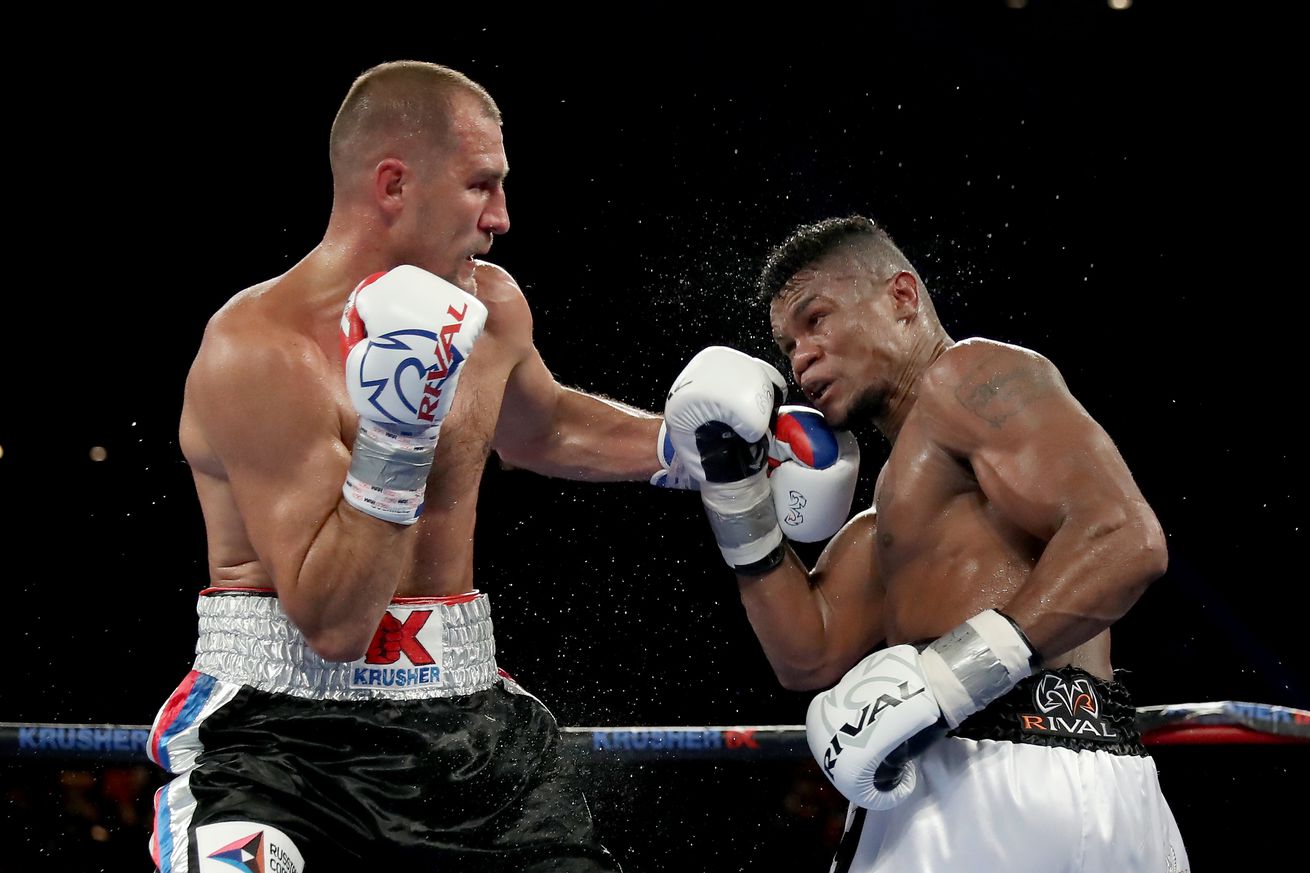 Kovalev says he won’t make the same mistake he made in their first meeting.

One could say that Sergey Kovalev’s fall from grace (and I’m only talking about inside the ring) has been a rather swift one. Following consecutive losses to Andre Ward over a year ago — even if you believe Kovalev should’ve won that first one — the ‘Krusher’ just hasn’t appeared to be the same guy he once was.

Kovalev stepped back down in competition for a couple of fights following those losses to Ward in an attempt to get his mojo back, but once he ran into a hungry contender in Eleider Alvarez last summer, it only took a few clean shots to put him away, losing his WBO title in the process. Kovalev was winning on all three judges scorecards at the time of the stoppage, but the knockout highlighted his problems sustaining himself in the second half of fights.

Now Kovalev will take on Alvarez once again, tomorrow night in Frisco, Texas on ESPN+, and Kovalev promises that he’ll fix the mistake he made in his last fight.

“I made a mistake last time, but this time I will fix it. This Saturday, I will fix this situation and be on top again,” Kovalev said Thursday at the final prefight news conference at the Ford Center at the Star.

“If not, I am not the Sergey ‘Krusher’ Kovalev. Believe me, this Saturday will be the best version of me because I turned everything on to get in the best shape of my boxing career.”

The Russian fighter continues by saying that despite the loss, and some calls for his retirement, that it’s not in his nature to quit just because the going got rough. He says coming off a win he can debate whether or not he should hang up the gloves, but with a loss there’s no question that he must continue.

One thing is for sure, though, if Kovalev ever intends to collect all four light heavyweight titles, as he says is his ultimate goal, he absolutely can’t afford another loss tomorrow evening.