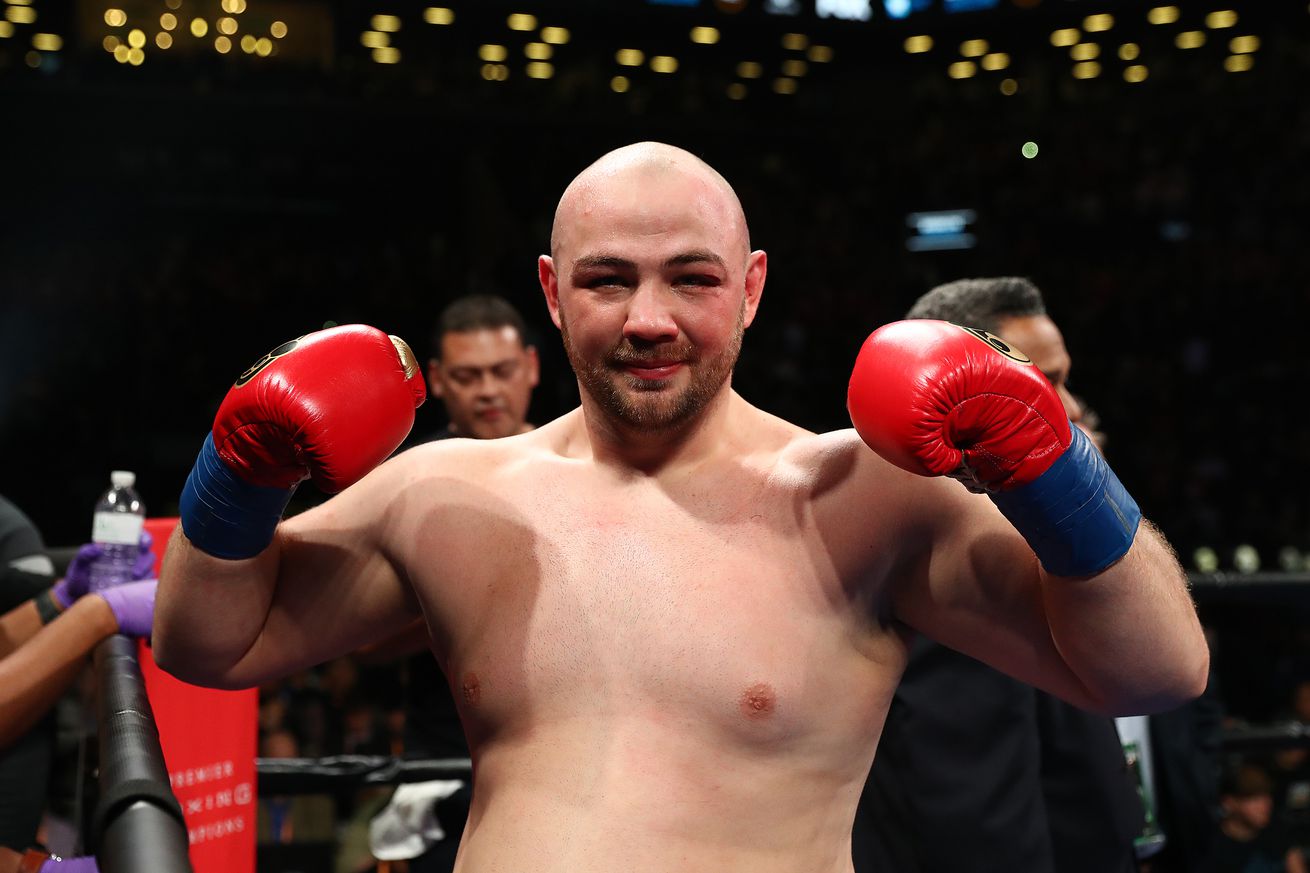 Adam Kownacki did his best to announce his arrival as a legitimate heavyweight contender.

Kownacki (19-0, 15 KO) once again proved that looks can be deceiving, lighting Washington (19-3-1, 12 KO) in the opening round while throwing over 100 punches. In the second, he put Washington, who had tried to get on even footing with a fast start to the round, on the canvas.

Washington did bravely get up, and referee Harvey Dock made the call to let him continue, warning Washington that he’d only give him a few seconds to prove he was still in the fight. Kownacki charged forward, landed a couple more clean shots, and Dock rightly and quickly stepped in to stop the bout.

The official time of stoppage was 1:09 of round two.

After the fight, Kownacki set his sights on WBC heavyweight champion Deontay Wilder, who was in the crowd watching the bout. He was also asked about what he wants next.

“I want the belt, baby,” Kownacki said. He also announced to his fans in the crowd that he and his wife are expecting a child.