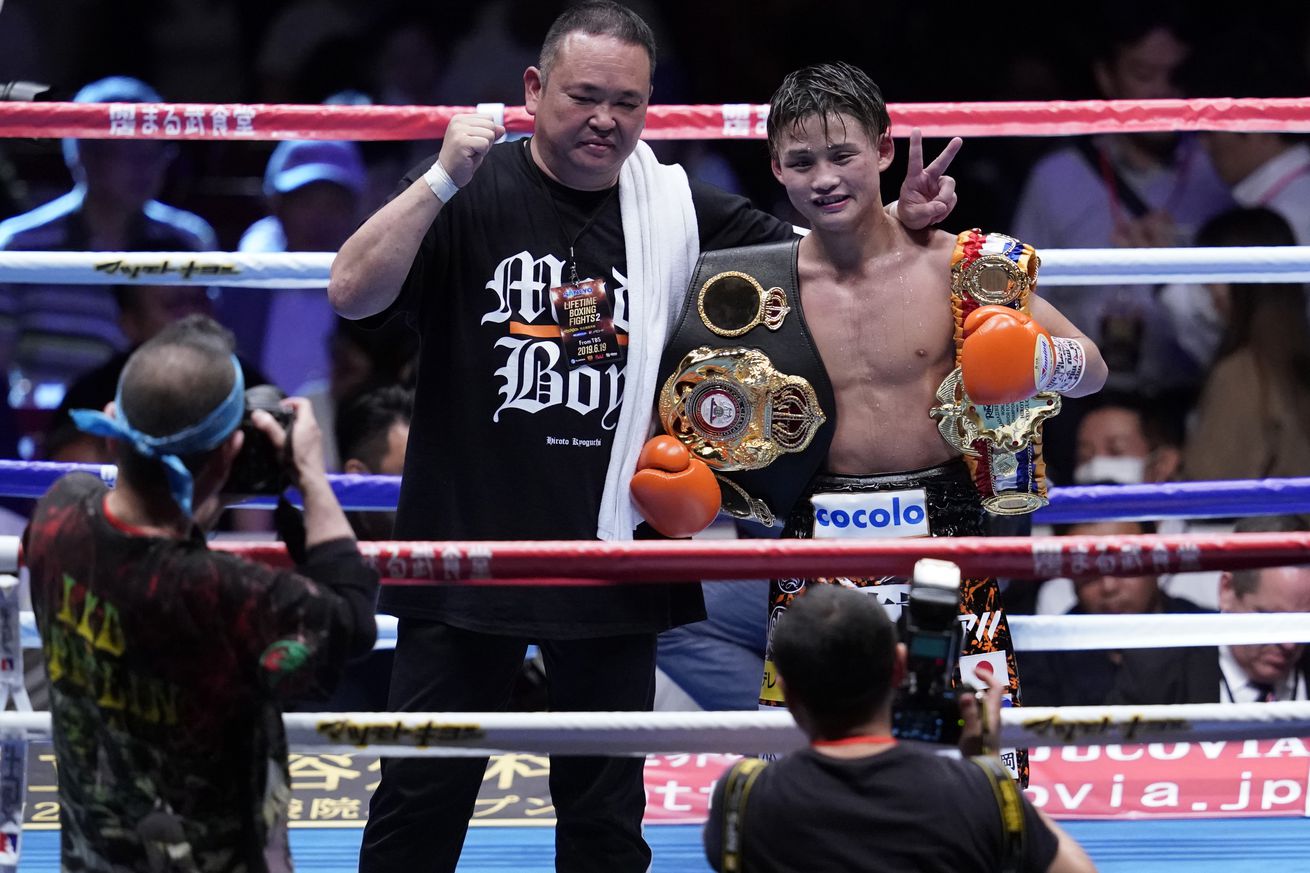 This will be Japan’s first post-quarantine title fight

Planning on a bout of insomnia on November 3rd? Good news!

Asian Boxing reports that WBA “super” light flyweight champion Hiroto Kyoguchi will defend his title against Thai wunderkind Thanongsak Simsri in Osaka that evening. In addition to the 2,000-strong live audience, international viewers will get to enjoy the card on Kyoguchi’s YouTube page.

Kyoguchi (14-9, 9 KO), 26, beat Jose Argumendo for the IBF minimumweight belt in 2017 and successfully defended it twice before claiming his current title with a stoppage of Hekkie Budler. 2019 saw him defeat Tanawat Nakoon and Tetsuya Hisada to establish himself as one of the 108-pound division’s best.

Simsri (14-0, 12 KO), the 11th-ranked contender, is an odd choice of opponent. According to the link above, the 20-year-old is considered a hotshot prospect, but was “expected” to spend 2020 “building his experience.” He only debuted in 2018 and was one flipped round away from losing to Christian Bacolod in December.

This wouldn’t be the first time in recent years that a Thai prospect got thrown to the wolves against a Japanese veteran; back in 2016, Kazuto Ioka beat down 18-year-old Stamp Kiatniwat, who’s now been knocked out in two of his last three. Let’s hope this isn’t similarly derailing.