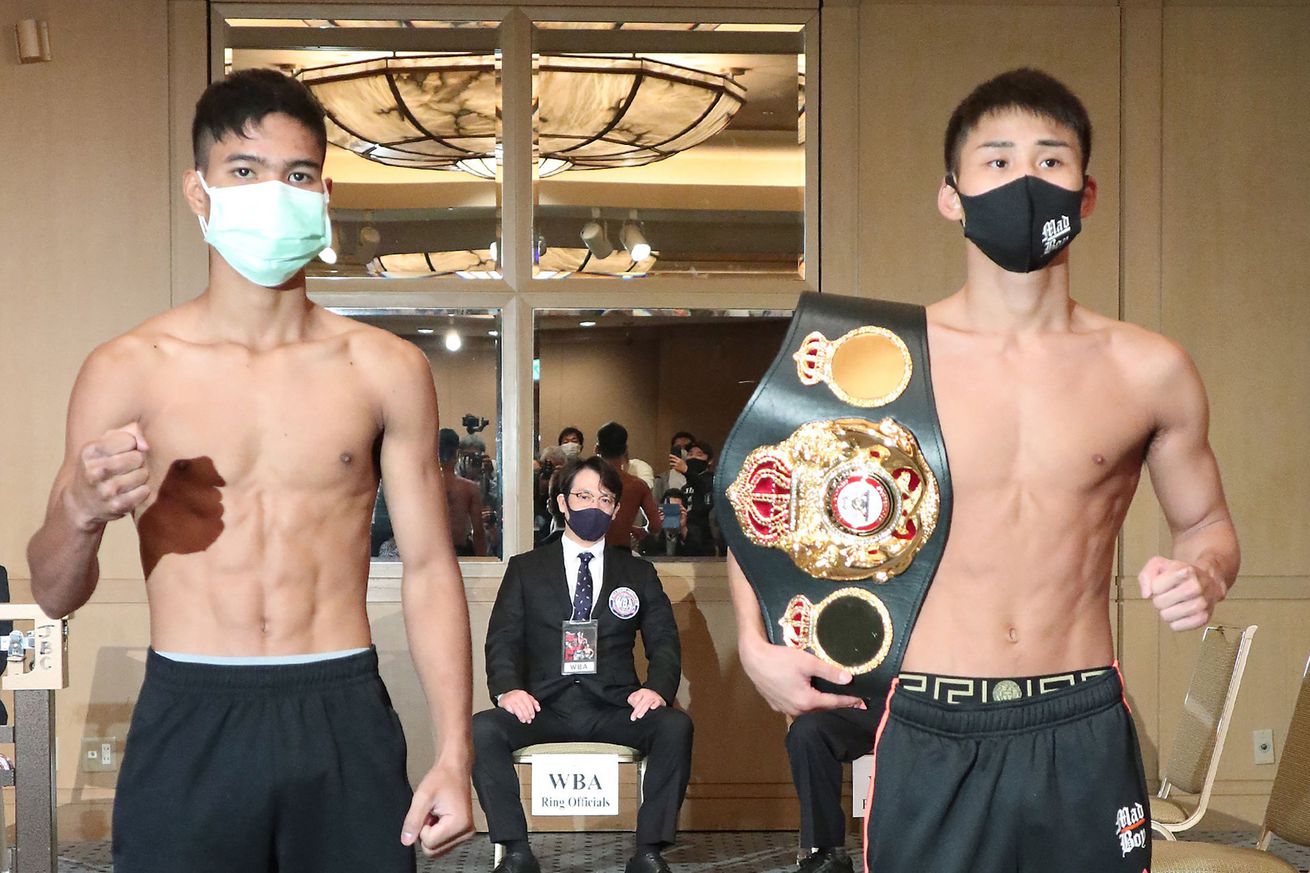 In a loss for boxing but a win for Scott’s sleep schedule, WBA “super” light flyweight champion Hiroto Kyoguchi tested positive for COVID after weighing in for a title defense against Thanongsak Simsri. The fight is now off, but as Simsri’s visa doesn’t expire until New Year’s Eve, it could possibly be rescheduled.

Kyoguchi (14-0, 9 KO), a former minimumweight champion, was slated to make the third defense of the light flyweight belt he stopped Hekkie Budler to claim in 2018. The fight would have been his first since 2019 and Japan’s first post-quarantine title fight. 20-year-old Simsri (14-0, 12 KO), meanwhile, was taking a considerable step up in competition after a promising but untested run in his native Thailand.

Putting the fight back together definitely looks feasible from here, even if Simsri’s visa deadline means they can’t slap it onto one of the country’s traditional NYE mega-shows. Let’s hope we get to see these two young guns in action before too long.