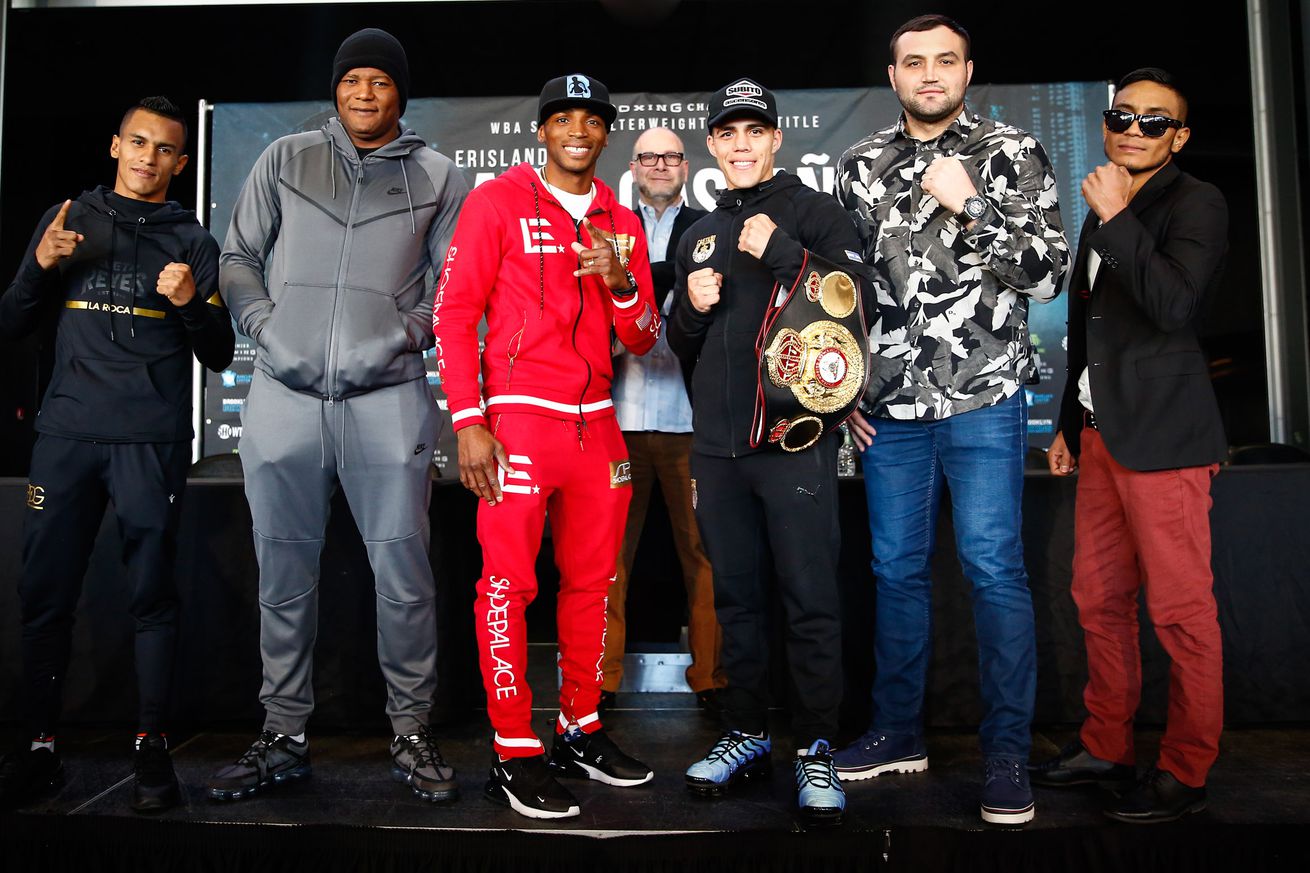 “Everyone knows what I bring to the ring and you will see me at my best on Saturday. This fight means a lot to me and I’ve prepared with that mentality.

“I had a great fight against Jarrett Hurd. There was a height and weight difference on fight night but that whole experience is history now. My focus is on Castaño and making this another great fight. It’s great to be a part of awards like Fight of the Year, but now I have to move on to what is next.

“This is my third time fighting at Barclays Center and its always extra motivation. We’ll see what happens on Saturday but I’m prepared for anything my opponent brings to the ring.

“I’m excited for this fight. I’m just ready to fight. It’s great to have another chance to fight for a world title and work toward getting my top spot back.

“Everything in this fight is going to be important. My experience, the styles of the fighters and our power. It’s all going to play a big role in this fight.

“I just want the biggest fights. There are a lot of great fighters at this weight and around it. I’m going to be ready for anyone who steps up to the challenge.

“I’m here to win and show everyone that I’m the best 154-pounder in the world. I’m going to take a big step in cleaning out the division on Saturday. I’m going to be at my best and bring home the victory.”

“I breathe boxing and people are going to see that on Saturday night. I’m going to show them that I’m a great boxer and I’ve prepared to beat the best.

“There’s nothing left to say, on Saturday night, it’s going to be a war. The best fighting the best. This is a truly elite super welterweight I’m facing and that’s what I want. I want to face the best.

“A fight is a fight. It doesn’t matter who is in front of me. Lara is a great fighter, but we have to beat him to get where we want to go. This is the path we’ve chosen to get to that ultimate goal.

“I think Lara and I are both very well-conditioned and well-prepared for this fight. I’m in the final stages of my work for this fight. All of the toughest and hardest work is already done.

“I’m anxious to get in the ring and hear that first bell. I can’t wait to go in there and get to work on Saturday night.

“I worked so hard for this fight because I know how much is at stake. I’ve been looking for this fight, even before Lara lost to Hurd. Luckily everything came together for me to fight Lara on Saturday.

“I am a crowd-pleasing fighter. I’m going to be aggressive. That’s just my style. But I can also adapt to my opponent. You have to do different things to win a fight of this caliber.”

“Everybody knows I don’t talk a lot and prefer to make my name in the ring. On Saturday you’re going to see what I do best and that’s throw punches. That’s my job.

“This is a big fight for me to prove that I deserve another shot at the title. In my heart I still believe I had that fight against Deontay Wilder in my hands. It was mine to win. Hopefully he will step up and face me again.

“Christian Hammer says that he’s coming to win so he better come with a lot of energy. I’m ready for him and anyone else who steps up to the challenge.

“I fight for my family and I bring that passion into the gym every day. You will see it in the ring Saturday night. I hope that Hammer has prepared because I’m leaving it all in the ring like I always do.

“My focus is completely on Christian Hammer. I’ve been doing this for a long time and I know what it takes to be at my best. After this fight, I’ll see where we’re at and see which of the top heavyweights will be available to me.

“I’ve had great preparation and I’m here to win. I feel good and I’m ready to deliver a great performance.

“I will always be ready to take on the biggest challenges. I have great preparation in camp, working with lots of strong power southpaws and also fighters who can box. I’m ready for anything Luis Ortiz comes with.

“I’m completely focused on this fight. I’m here to cancel his plans for a Wilder rematch. I’m going to put myself in a position for even more big fights.”

“I’m very happy to be here in this position. This is a great opportunity for me to show my skills on a big stage here in Brooklyn.

“This is going to be an action fight. We both want to prove that we have what it takes to fight the best in the division. I’m not going to let him stand in my way of getting to where I want.

“I’m going to save my words and bring the action into the ring on Saturday night. I’m going to get this victory.

“I’m ready for this challenge. This is a big moment for my career. I’m very thankful to everyone who helped me get to this big fight and this moment.

“My style is to be aggressive. I bring the classic Mexican style into the ring. He better be prepared because I’m coming to take this fight.”