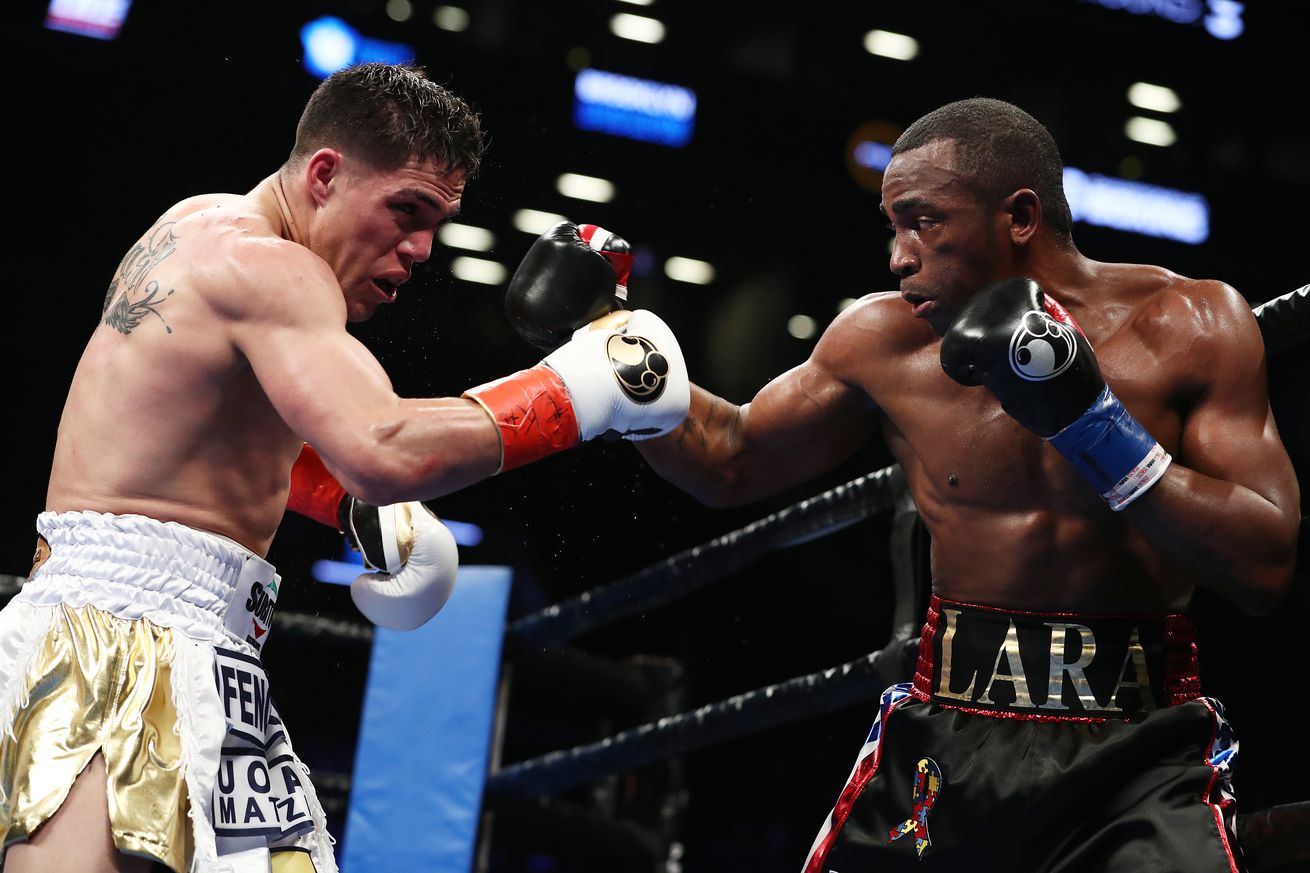 Lara is winless in his last two, losing a split decision to Jarrett Hurd and fighting Brian Castano to a split draw

Cuba’s El Nuevo Herald spoke this past Friday with former super welterweight champion Erislandy Lara, who claims he’ll return to action on August 31st against one of Canelo Alvarez’s brothers. He doesn’t know which, apparently, but the only Alvarez still fighting at 154 is Ramon.

“Inocente” Alvarez (28-7-3, 16 KO) fell to Brandon Rios last November, then bounced back five months later with a split decision over Jose Carlos Paz. Lara (25-3-3, 14 KO) is coming off of gritty battles with Jarrett Hurd and Brian Castano, the former a split decision loss and the latter a split draw.

I can understand wanting a break after dealing with bruisers like Hurd and Castano, but hopefully we’ll see Lara back against the elite before year’s end. He’s still near the top of the WBA rankings, trailing only Kell Brook, and would make a fine opponent for “super” champ Julian Williams, “regular” champ Castano, or “gold” champ Michel Soro.