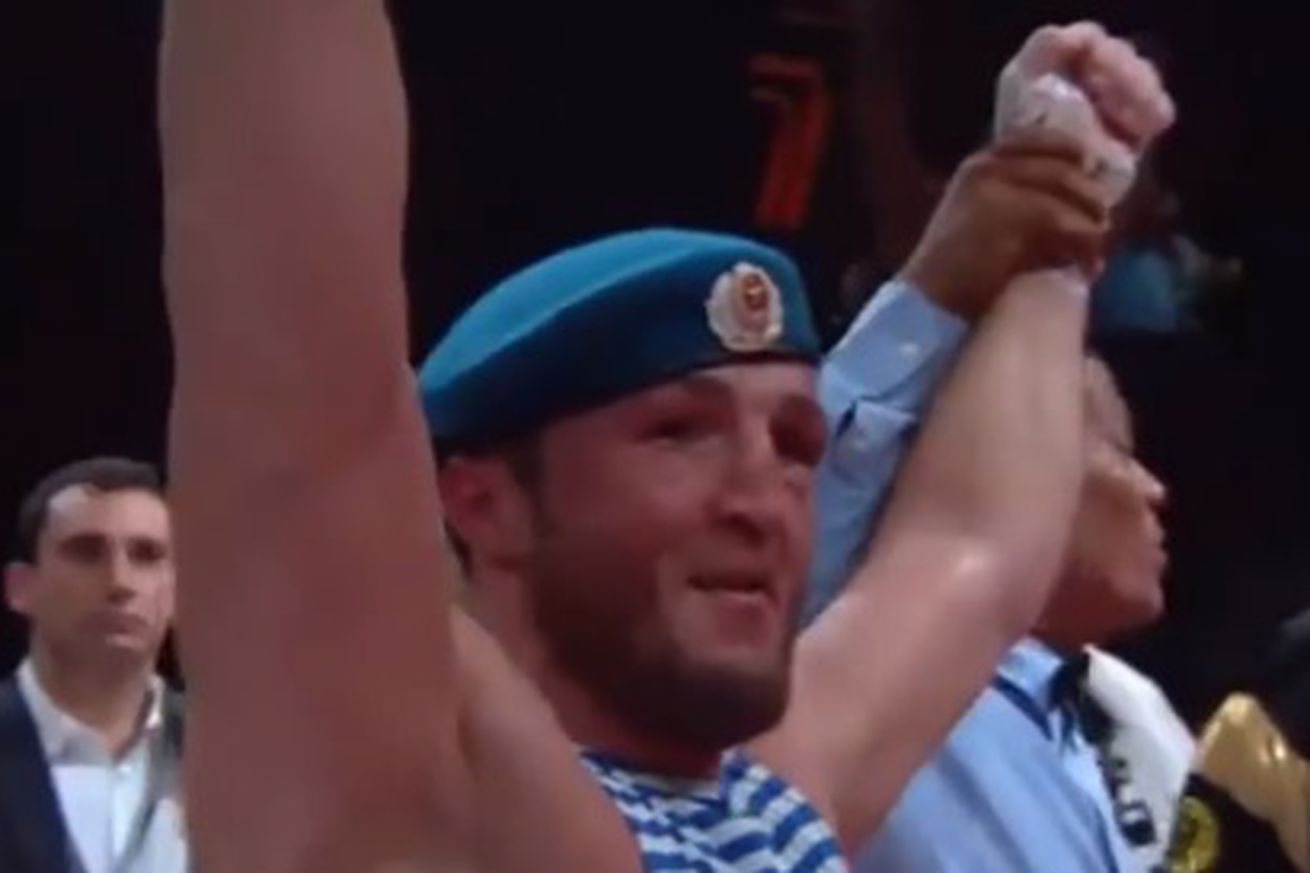 Against all odds, the WBA might actually have a single champion in a new division later this year. The sanctioning body has ordered a June 20th purse bid between “super” cruiserweight champ Dennis Lebedev and newly upgraded “regular” champ Arsen Goulamirian. The minimum bid is $200,000, split 75/25 between Lebedev and Goulamirian.

Former regular champion Beibut Shumenov recently lost his title due to illness and/or the shenanigans of promoter Don King.

Lebedev (32-2, 23 KO), who turns 40 this August, was out of action for almost 14 months after following his loss to Murat Gassiev with a decision over Mark Flanagan. His 2018 campaign saw him knock out Hizni Altunkaya and hand Mike Wilson his first career defeat via decision.

Goulamirian (24-0, 16 KO) also defeated Flanagan his last time out, stopping the Aussie veteran in nine. He is eight years younger than Lebedev, but will be taking a massive step up in competition.