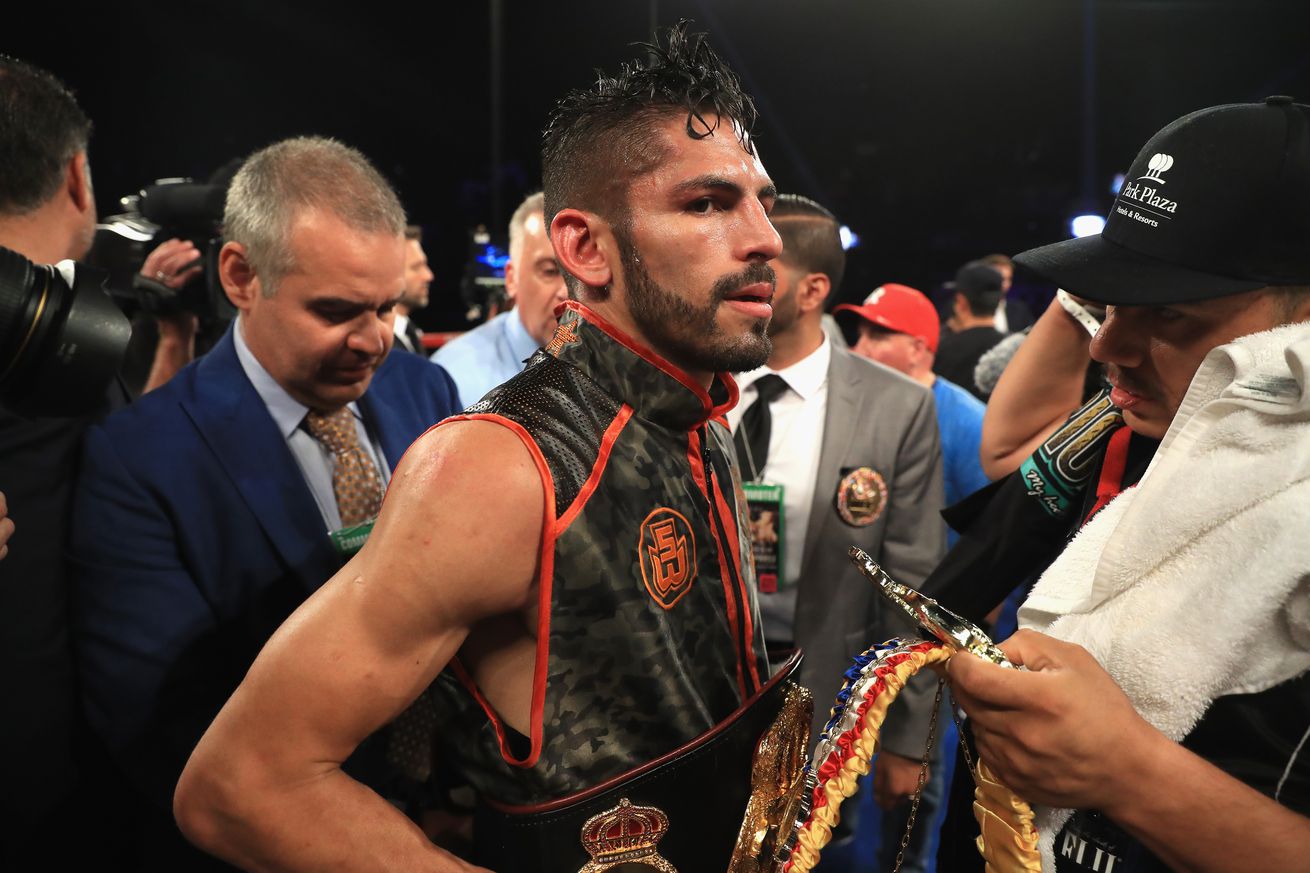 The multiple-division titleholder is headed down to 135.

Jorge Linares is going to keep fighting, and is headed back down to the lightweight division after a first round TKO loss to Pablo Cesar Cano this past Friday in New York.

But the shocking loss to Cano is not new territory for Linares (45-5, 28 KO), a wonderfully talented boxer who has been stopped in all five of his losses. Back in 2009, Juan Carlos Salgado stunned him in just 73 seconds, and he’s also been stopped by Antonio DeMarco, Sergio Thompson, and Vasiliy Lomachenko.

When Linares lost back-to-back fights to DeMarco and Thompson in 2011-12, a lot of people wrote him off, but he did bounce back very well, becoming a world champion again. The difference this time, of course, is that he’s 33 years old, and realistically has always been pushing himself to the limit at 135 pounds.

That said, there will be surely fights for him to try to get back on track. His manager mentions a rematch with Luke Campbell or a third fight with Anthony Crolla as possibilities going forward.