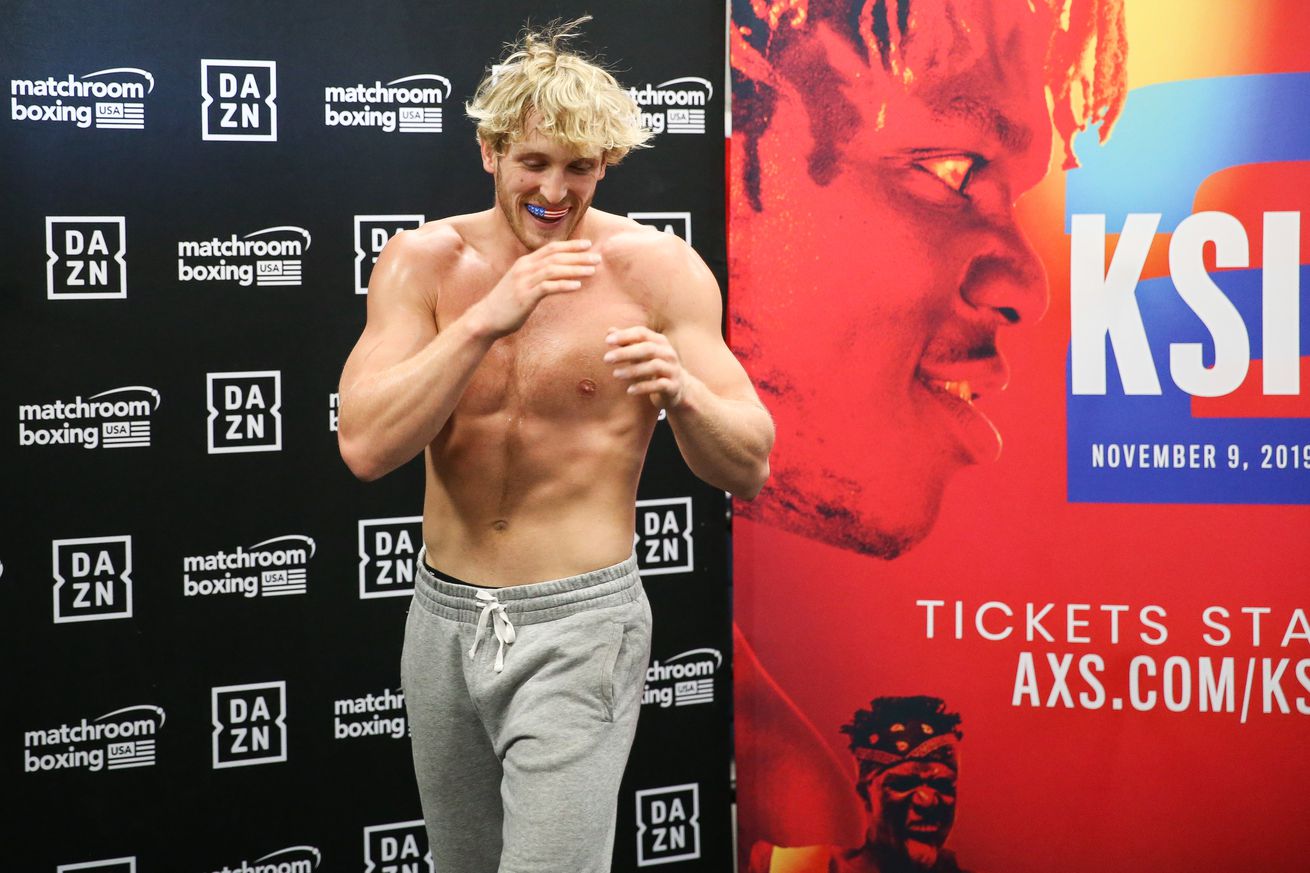 But one way or another, they’re going to fight on that Saturday night, they’re in the main event, and it’s going to have a lot of people talking, good and bad. Call it a circus, a freak show, whatever — end of the day, Paul and KSI are going to get into the ring and fight for real.

That said, we’re obviously going to cover the event. So here we are.

The controversial 24-year-old Paul spoke at a media workout this week, and talked about the toughness of going through a boxing training camp, how it’s changed the perception of him overall, working with a big personality like former heavyweight champ Shannon Briggs as his trainer, and more.

On training camp: “The only problem is that the fight isn’t tonight. I’ve been locked in camp for two and a half months. I haven’t taken a day off for the last year and a half since our last fight. That draw left a nasty taste in my mouth. There is a lot of regimented hard work you have to put in to become a fighter and few people are willing to do it. This is such a hard grueling sport. This is a big fight and it’s the biggest event of my life so there’s no reason that I won’t go as hard as I possibly can every day. Boxing has changed my life and I haven’t even been doing it that long. We call training camp ‘The No Fun Club.’ We aren’t allowed to have fun. We are locked down and it is intense. We have a very routine-based camp.”

On fighting without headgear: “I think the head gear saved him last time. I like throwing hooks and with the headgear, you can’t get to that button. I think that without headgear, the pressure to not get hit is so much higher so it makes my reflexes that much better.”

On the stakes: “There’s so much on the line between me and KSI. There is so much on the line. Egos, subscribers, the crown of ‘The YouTube King.’ The last match was a draw. If the W is secured in a monumental way, something similar to when Conor McGregor knocked out Jose Aldo, if something like that happens, it is going to be long-lasting form of stardom. There is a stigma that comes along with being an internet star — a YouTuber, an influencer. The narrative of the first fight was that there’s these two YouTubers boxing and now it’s two YouTubers slash professional boxers fighting. But I think that boxing helps get rid of that stigma. People look at you in a different way when you get inside these ropes and put it all on the line.”

On fighting on a card with Billy Joe Saunders: “It blows my mind to fight atop a card with a former world champion like Billy Joe Saunders. I’m honored and I’m humbled. I legitimately cannot believe that that’s the circumstance. It is amazing that they are willing to give us a chance and I hope that we can return the favor by putting on a sick show. But also for some of our fans to notice Devin Haney and Billy Joe Saunders, and for them to absorb our fan base. I hope they can put on a good show and bring some new fans to the sport of boxing.”

On his trainer Shannon Briggs: “Shannon and I quickly realized that we are the same person. We are both loud, we are boisterous, we are passionate, and we love the sport of boxing. We fight the same way, too. It’s like a crazed speed and power. When he gives me coaching advice it really resonates with me. We are both tall, we both have range and we are quick. It is a match made in heaven.