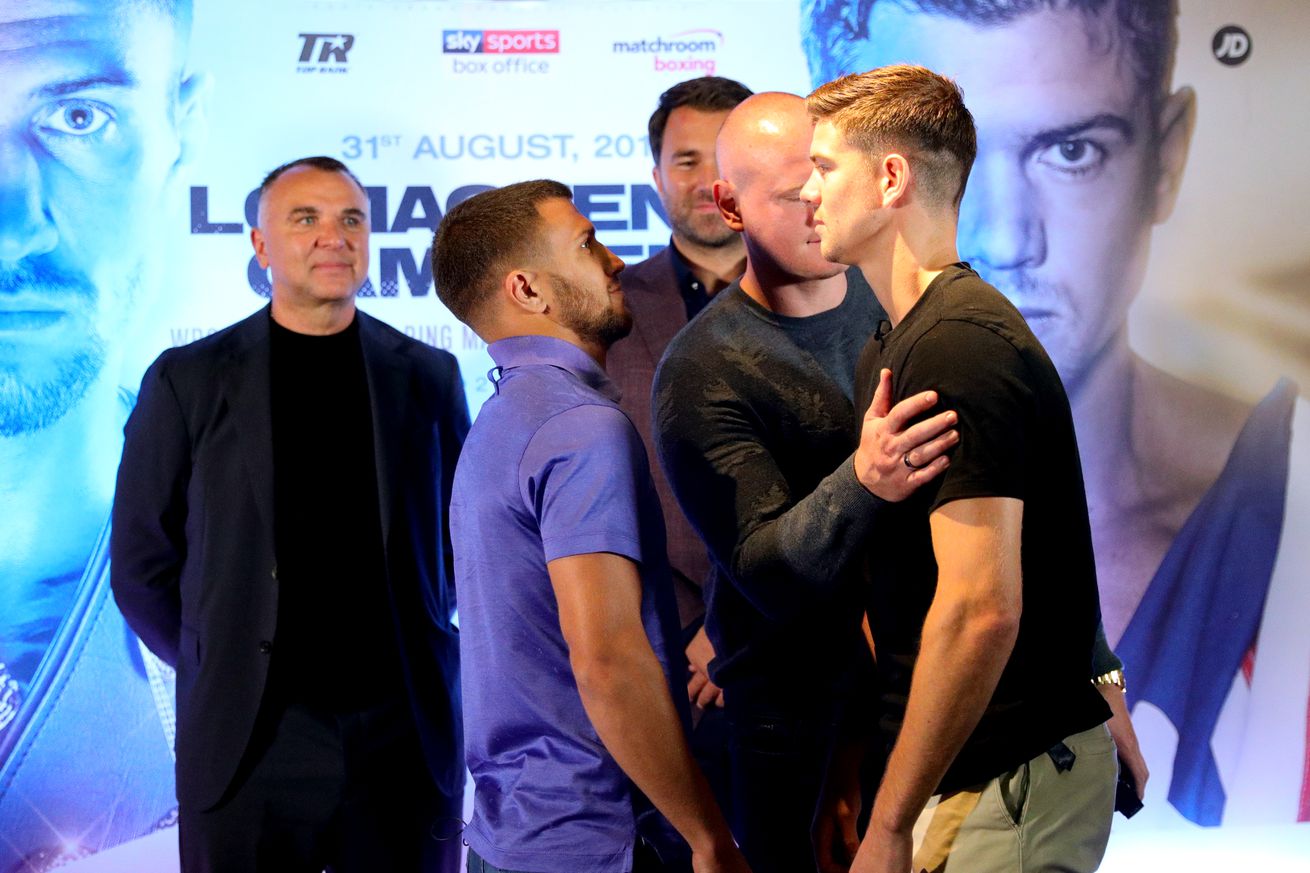 Unified lightweight titleholder Vasiliy Lomachenko and challenger Luke Campbell held their opening press conference today, officially announcing their August 31st fight which will be held at the O2 Arena in London. There Lomachenko (13-1, 10 KOs) will put his WBA and WBO world titles on the line, with the WBC’s vacant world title also up for grabs.

When Lomachenko was introduced, he kept it short and sweet.

“Hi everyone,” Lomachenko began. “I’m happy to be in London again and I don’t wanna talk too much. See you on August 31st, okay?”

When pressed by Hearn about that Campbell could represent a real challenge for him, Lomachenko replied:

“Maybe because he’s tall, he has big reach, and he’s a smart boxer…because he has a very big amateur experience. Maybe. Maybe it will be, for me, a big challenge.”

When Campbell would later be asked what this fight means for him, he said:

“I’ve never shied away from a challenge. This is a big challenge but these are the types of challenges I train for everyday, prepare for. And I believe it’s the two best lightweights in the division that’s facing off and I think this fight brings everything to the table — boxing IQ, power, speed, agility — I think this fight has everything in the making to be one of the best fights going, and one of the most exciting fights as well.”

Check out the full opening press conference above.