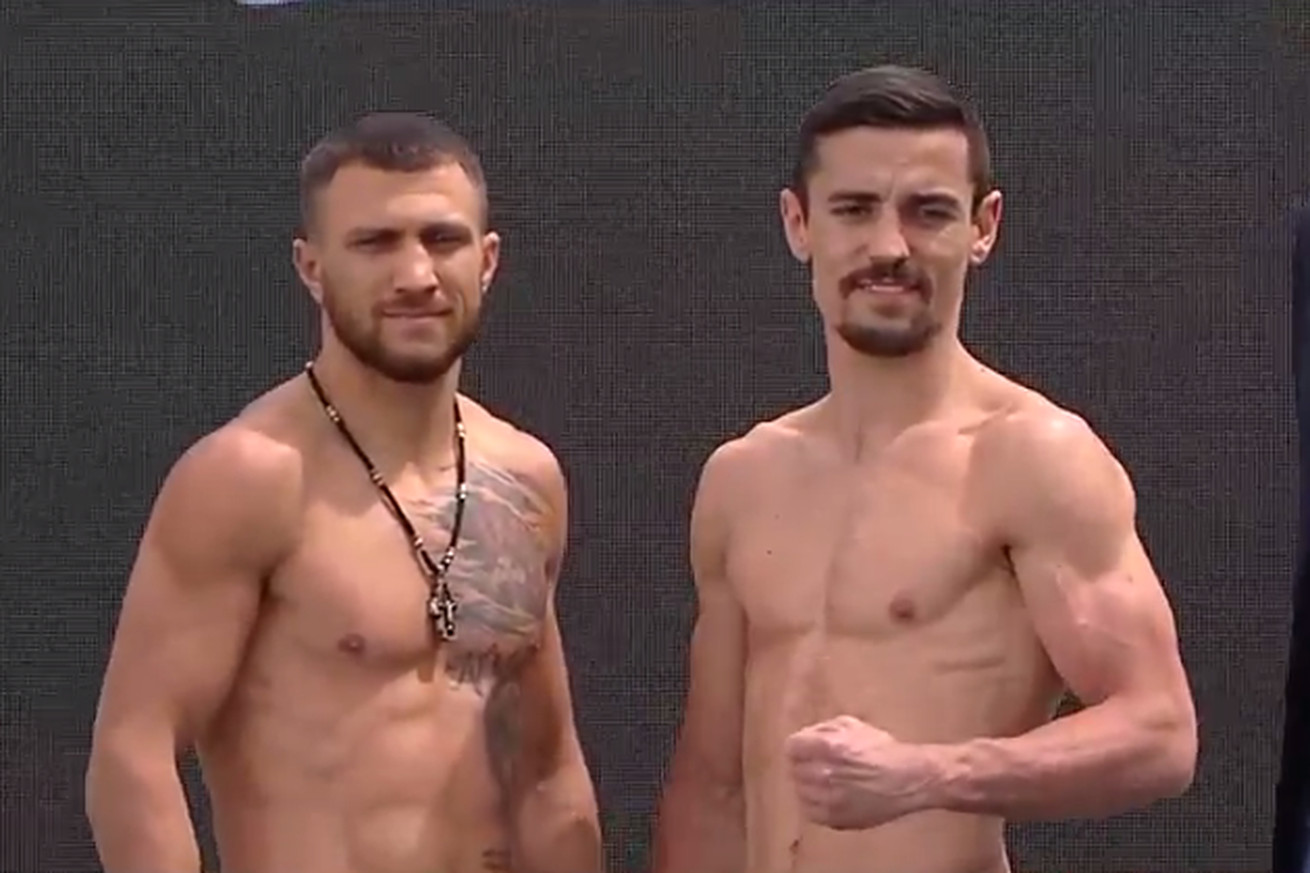 Vasiliy Lomachenko and Anthony Crolla are set for Friday night.

The main card starts at 11 pm ET on ESPN+, with prelim bouts beginning at 8 pm ET, also on ESPN+.

Crolla (34-6-3, 13 KO) stepped on the scales first, and the fans he brought with him from Manchester chanted and sang, making plenty of noise for their fighter. Crolla came in just under the 135-pound limit, at 134.8.

On the prelim portion of the show, we’ll see Arnold Barboza Jr (20-0, 7 KO) face veteran Mike Alvarado (40-4, 28 KO) in a junior welterweight fight, which may be serving as an informal eliminator for a shot at WBC titleholder Jose Ramirez. Barboza weighed in at the limit of 140, with Alvarado at 139.6. It’s the first time since 2013 that Alvarado has made 140 pounds.