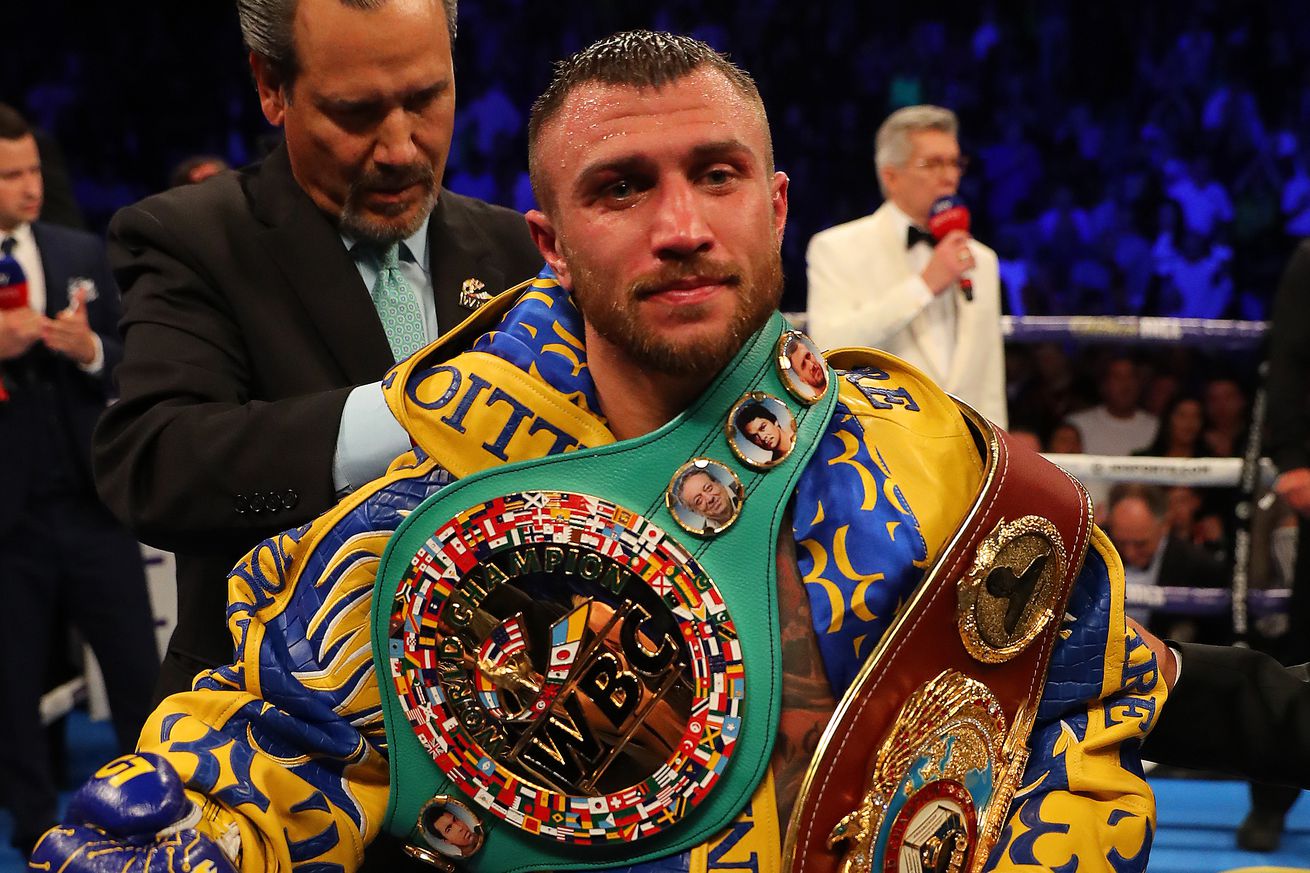 The hype for the Oct. 17 clash rolls on with a good looking promotional poster.

The Oct. 17 fight between WBA/WBO lightweight titleholder Vasiliy Lomachenko and WBO lightweight titleholder Teofimo Lopez has everyone fired up. Not only is it a great fight, a unification between No. 1 and No. 2 at 135 pounds, a veteran master against a young knockout artist, but it won’t be on pay-per-view or behind any paywall other than having ESPN through cable or some other TV subscription.

It’s a rare breed of fight in modern times, certainly in 2020 when boxing budgets are pretty grim and most of the news is some way of explaining why we won’t be having very many really good fights any time soon, and certainly not off pay-per-view.

And even the fight poster — or “fight art,” as I guess we call it now since posters are old-fashioned — stands out. In fact, it stands out because it’s kind of “old-fashioned,” a throwback in that it’s not generic and someone appears to have put some real thought into it:

Other than the fact that Lomachenko is not WBC lightweight champ — sorry, that’s Devin Haney, and it’s because Lomachenko accepted the “Franchise” tag — this is great. (And yes, Lomachenko’s WBC “Franchise” title is on the line, despite the idea of the “Franchise” title being that it can’t be won or lost in the ring. My advice is to ignore the WBC part and any and all attempts to claim this is for the undisputed title, because it’s not.)