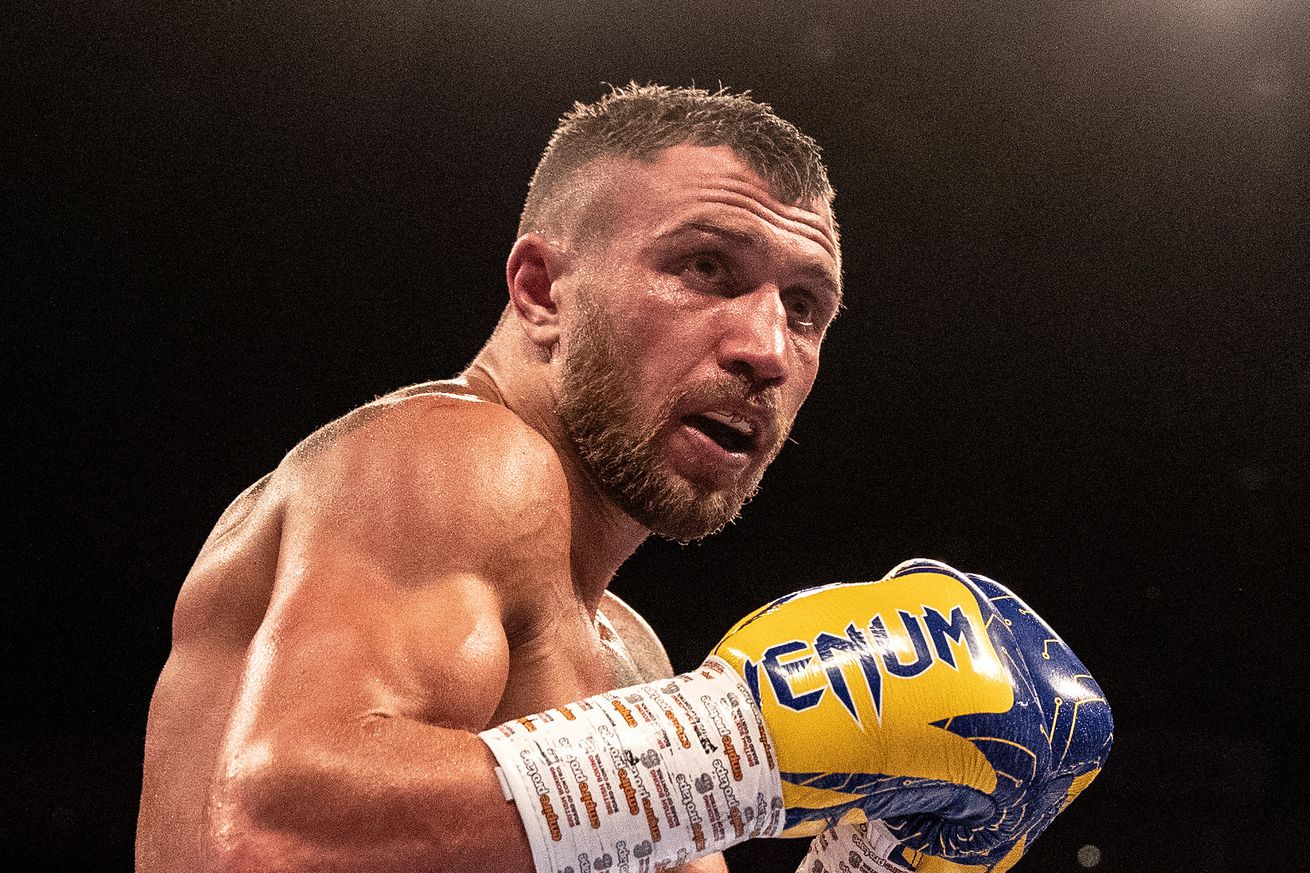 Lomachenko isn’t impressed by all of Lopez’s tough talk leading into their lightweight showdown.

After inking a deal for an undisputed lightweight unification between Vasiliy Lomachenko and Teofimo Lopez, Lopez has been making the media rounds and hasn’t been shy about his intentions to do damage to the Ukrainian champion. Lomachenko, though, isn’t making much of Lopez’s bravado, saying talking a big game is just one of the things Lopez does best.

“Teofimo Lopez can talk all he wants. He’s very good at talking,” said the Ukrainian superstar. “He has done nothing but say my name for the past two years. I am a fighter, and my goal is to win another world title. Good for Teofimo. When we fight in Las Vegas, he will eat my punches and his words. I will be the better man, and four world titles will come home with me to Ukraine.”

Lomachenko, 32, has been out of action since taking a unanimous decision over Luke Campbell over a year ago and had been dealing with a few injuries over the past couple of years as well. Lopez has publicly said that he believes it’s a sign that Lomachenko is starting to break down while he’s yet to enter his physical prime.

But physical prime or not, Lopez will have to contend with Lomachenko’s supreme technical ability and movement, which has befuddled some of the best fighters in the world. Lopez clearly doesn’t think it’s anything that he can’t overcome, but doing it in the ring is always a lot harder than saying it to a microphone. Luckily, for the fans, this fight is signed and sealed so we should have arguably the best fight on the boxing calendar this year take place on October 17 on ESPN.