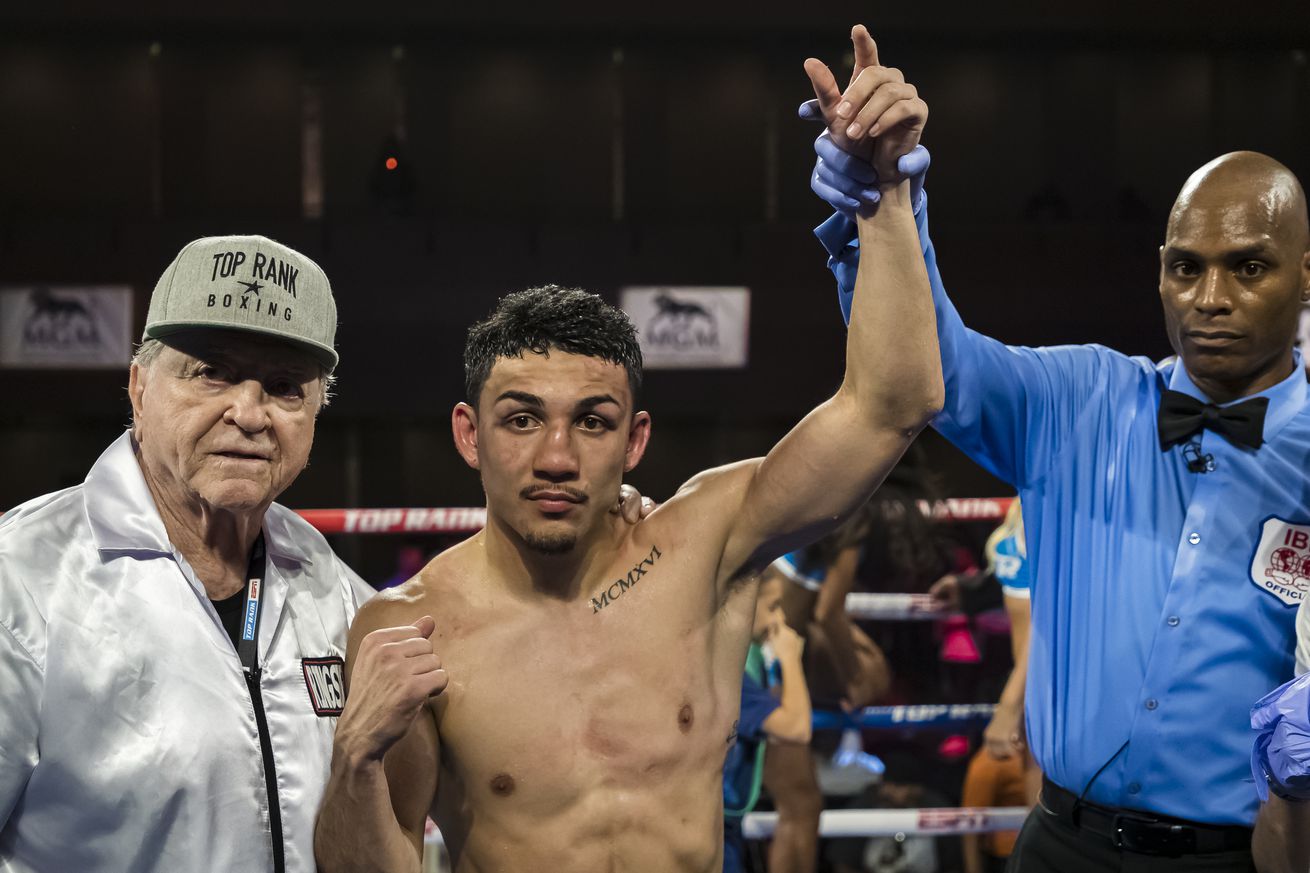 The two young lightweight stars are continuing to stay in the headlines.

Another young rising star at 135 pounds, Devin Haney, also has a title, the WBC belt. But being totally honest, Haney didn’t really win his title in the ring. He beat Zaur Abdullaev for the interim WBC title on Sept. 13, which didn’t need to exist as Vasiliy Lomachenko had just beaten Luke Campbell for the vacant WBC belt on Aug. 31.

Lomachenko was then “elevated” to the WBC’s newest creation — which only further waters down what it means to be a “world champion” in boxing — the “franchise champion” designation. And Haney was made the full “world champion” as a result. Haney was later made “champion-in-recess” while recovering from a January surgery, but once the entire sport shut down and Luke Campbell vs Javier Fortuna for the “vacant WBC title” was no longer deemed something to make more sanctioning money off of necessary, Haney was “reinstated” in late April.

The young lightweights — Lopez, Haney, and Ryan Garcia — have been doing a lot of barking lately, which is fine if tiresome to some, it keeps their names out there. Lopez recently went after both Haney and Garcia, and that has continued further on social media, where Teofimo has called Haney a “two-time email world champion.”

I don’t lie.. but what can I expect from a 2x email World Champion ‍♂️ smh https://t.co/OcQnRRuJVA

Haney obviously wasn’t really pleased with this, and fired back a bit, saying Lopez has nothing but a powerful right hand and no boxing skills:

@TeofimoLopez if you say I got my belt in the email? Tell them why you ducked me in the @WBCBoxing tournament and chose to go another direction? NO skills and a big right hand is nothing special to me!!!!

And then Lopez popped this up for further comedy:

@CarlMoretti how did Loma get his franchise title? Because that’s when I got my belt! It was right after Teo ducked the tournament to fight for another belt to fight Loma for….. Lol y’all tried to swerve me and got swerved!!!

Can you imagine trying to come into boxing fandom and saying, “OK, who’s the lightweight champion?” with all this crap? Not only do you have the four sanctioning bodies, which can kinda be explained easily enough, but then you have this franchise/world crap from the WBC (and the WBA’s “super world” and “world” titles all over the sport).

Those who pay attention all the time (which is a small audience) can sort these messes well enough at this point, but this has to be mind-boggling in its stupidity if you’re new, and make the sport seem like an impenetrable chore. “Who’s the champion?” is a damn homework question at this point, and that goes for almost every division in the sport.