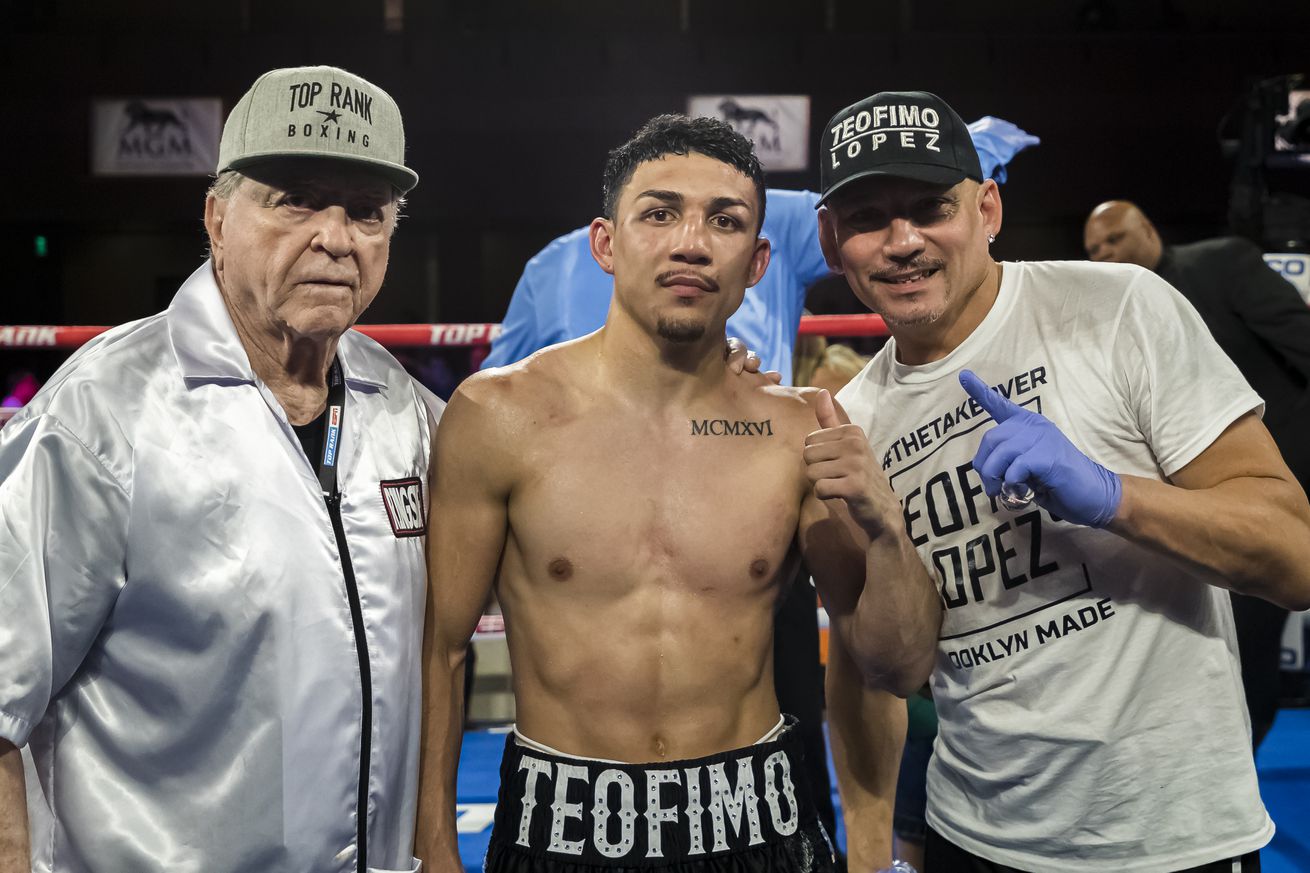 IBF lightweight champion Teofimo Lopez made an appearance on ESPN’s First Take to discuss his upcoming undisputed unification match with Vasiliy Lomachenko. Check out what he had to tell Stephen A. Smith and Max Kellerman about the fight.

Lopez on how he matches up with Lomachenko:

“Style-wise and everything, I know they call him ‘Hi-Tech’, all those things like that, but I’m the type of fighter that I bring it to you. I bring the fight to you and I look for the fight. Not only that but I’m a big lightweight and this guy, he’s been off at 130, 126, and I’ma make sure that come October 17th we’re gonna bring him back down to 130.

“He’s a great fighter, he has all the accolades and everything, all the achievements that he’s done, you know what I mean. And me being 15-0 with 12 knockouts, IBF lightweight world champion, this is all or nothing. This guy, he’s very talented but so am I. The thing is, man, a lot of these fighters, they respect this man too much. I’m in the fight game, I don’t respect no man once I’m in that ring.”

On Lomachenko having a penchant for making fighters quit in the ring:

“The guys that he has made quit, they were either just too scared of everything that he was able to do to them, or on top of that they were two weight classes underneath him. I’m a big 135-pounder. I mean, I could be fighting at 140 right now but, you know, I’m very comfortable at the weight and everything that this man does do that they say, he’s decreasing, man.

“I’m not even in my prime yet and I’m out here just out-doing guys. This guy, he’s already on his way out and it’s showing. You body can only take so much, so much damage, and I guarantee you we’re gonna put some damage to this man.”