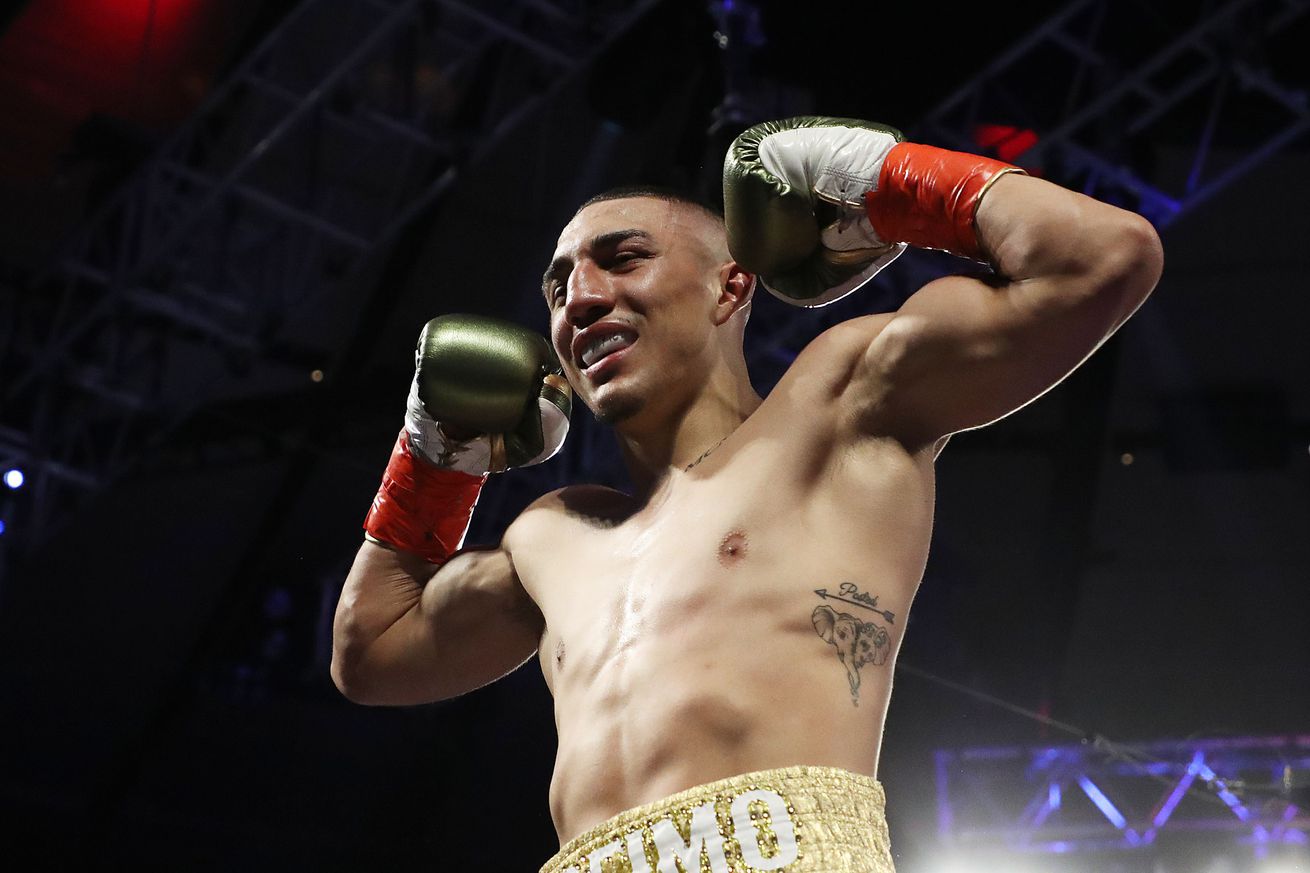 The 23-year-old Lopez has the biggest fight of his career coming on Saturday.

Teofimo Lopez is just four days away from the biggest fight of his young career, as the 23-year-old IBF lightweight titleholder meets WBA and WBO titlist Vasiliy Lomachenko in a huge bout on ESPN (Oct. 17, 10 pm ET)

Lopez (15-0, 12 KO) will be going into this fight as the underdog. The 32-year-old Lomachenko (14-1, 10 KO) is seen by many as the top pound-for-pound fighter in the sport, an amateur legend who has made good fighters simply give up in several of his pro fights, winning world titles in three divisions in his first 15 bouts.

But Lopez has a confidence and a swagger to him that he comes by honestly. He’s powerful, fast, a natural lightweight, young, and has all the ingredients to potentially be a big star for the sport. And he’s confident he can win this fight.

Lopez told Brian Campbell of Morning Kombat. “Any of these hands right here will just put you to sleep, but there’s more to Teofimo than that. I can’t wait to showcase that.

“It’s going to be a great fight, entertaining fight; very technical, I believe, but at the same time, it’s bad blood. You’re definitely gonna see fireworks. It’s just gonna be one of those fights. It’s Fight of the Year without us even being in the ring yet. Everybody needs to tune in. This isn’t just promoting it, it’s the truth. This is how we are.”

Normally rather boastful and willing to talk big trash, Lopez has been noticeably reserved in the build-up to this bout, at least recently. He bristles at moments — when people suggest Lomachenko gave up some of his own money to make the fight happen, for instance, which Lopez says is simply not true — and he makes very clear that he genuinely does not like Lomachenko as a person.

But he also has a legitimate respect for the Ukrainian star, and that’s probably a good thing. Underestimating Lomachenko’s ability to take his punches, for instance, could hugely backfire and lead to a bad game plan that simply doesn’t work and leaves Lopez fumbling through a fight. Instead, Lopez says he’ll feel out what Lomachenko can do and what he can take, and work from there.

“I gotta see what he can and can’t handle, and we’ll go off of that. I don’t wanna underestimate no fighter, we don’t know. But I will find out and I will know when we’re in that ring,” he said.

“I don’t underestimate what he can handle, but I’m going to do everything that I can to come out victorious. I’m a strong fighter and I have power in both hands, we all know that.”

Lopez, like the most of us, feels this is obviously a huge, must-see fight, and when he says it’s not just promotion, for once you can believe that, because it’s not. There isn’t a rational boxing fan out there who isn’t excited for this, even if they really think it’s going one way or the other. It’s the sort of matchmaking we spend a long time complaining we don’t get, because we really don’t get it very often.