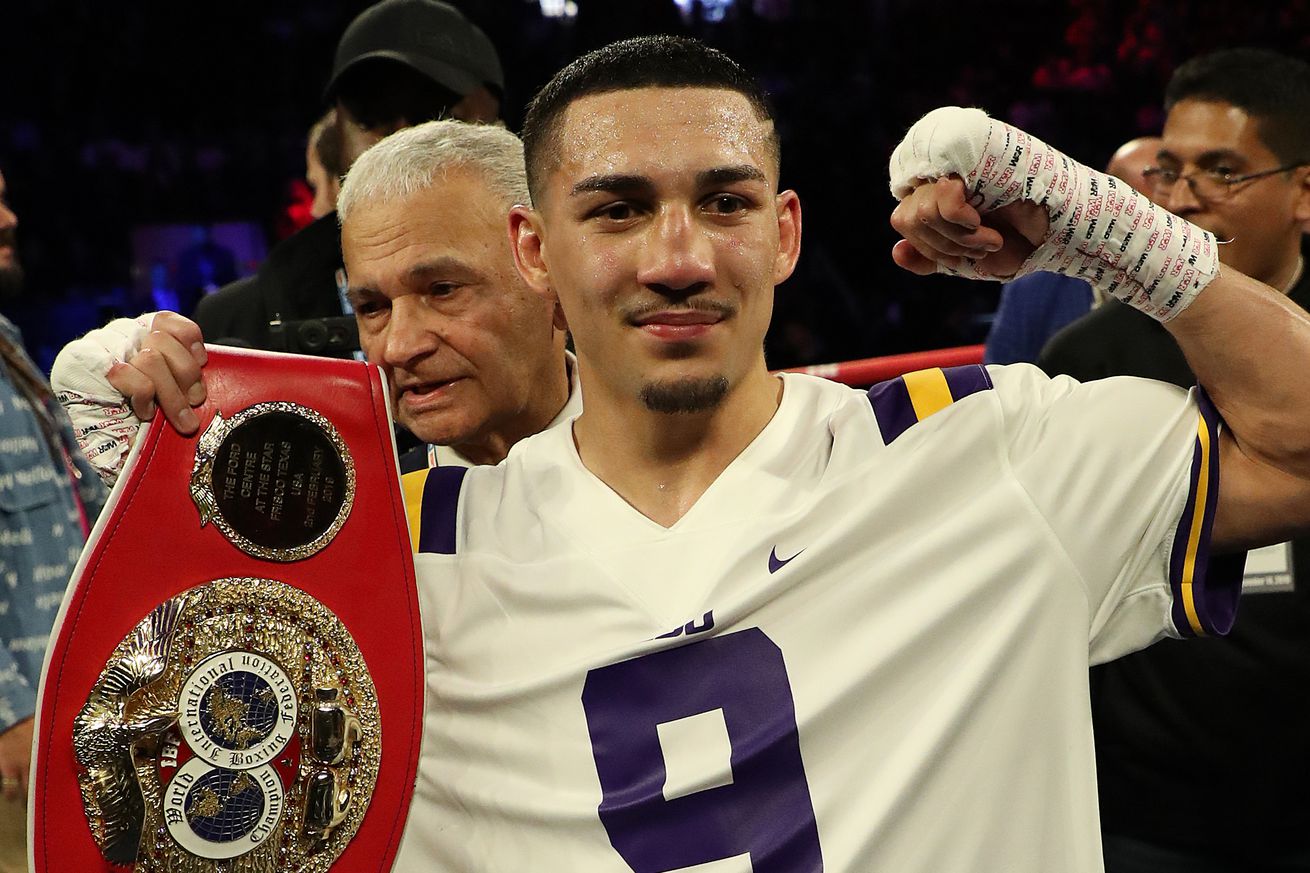 The media rivalry will be settled in the ring on Oct. 17.

IBF lightweight titleholder Teofimo Lopez appeared last night on SportsCenter with Scott Van Pelt to hype up his big Oct. 17 bout with WBA and WBO titlist Vasiliy Lomachenko, which at the moment is easily the biggest and most exciting event on the boxing calendar, and would be a big, exciting event at any time, too.

Lopez (15-0, 12 KO) and Lomachenko (14-1, 10 KO) have not had many nice things to say about one another, which isn’t that unusual, really, but this goes back long before they were really seriously talking about actually fighting, too.

Lopez, 23, told Van Pelt that he respects Lomachenko’s ambition, but does not respect the Ukrainian star otherwise.

“Him and I both are going for the glory, we’re trying to make a legacy, trying to build our legacy, and we we hang up the gloves, we want to be satisfied that we left our footprints in this world,” Lopez said.

As it stands right now, the 32-year-old Lomachenko is a solid but definitely not massive favorite for the bout, with various sportsbooks listing him between -310 and -400 or so, and Lopez between +250 and +275.

Lopez last fought on Dec. 14, stopping Richard Commey in the second round to win his first world title in sensational fashion. Lomachenko last fought in August of 2019, beating Luke Campbell to briefly unify three lightweight titles before willingly giving up the WBC belt to accept their dumb “Franchise” designation, which the WBC has also recently reversed course on and decided will be up for grabs in the fight with Lopez, though it means nothing to anyone but the WBC.