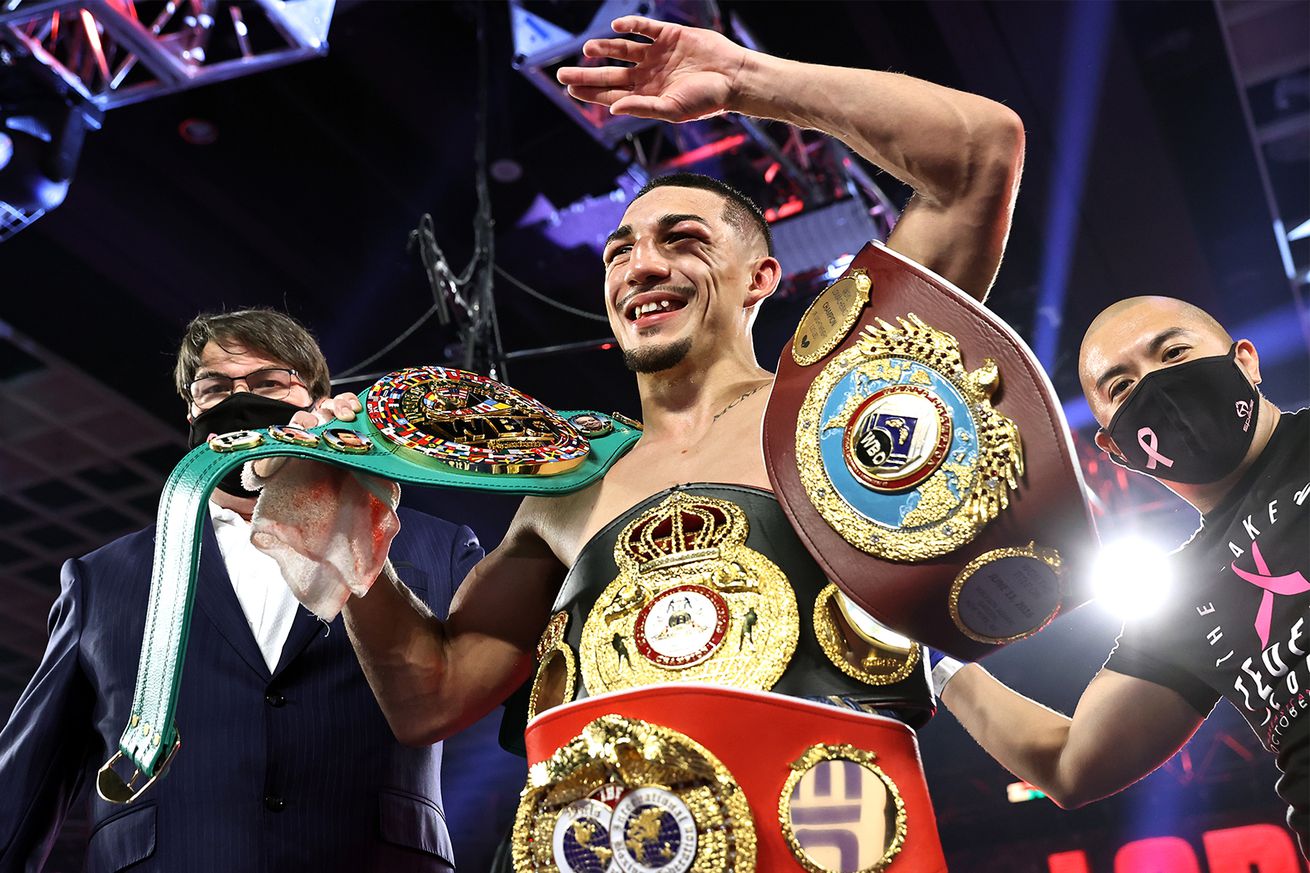 Teofimo Lopez might be sidelined a bit longer than he’d like, but shouldn’t have an abnormal break between fights.

The story isn’t quite over from Teofimo Lopez’s Oct. 17 win against Vasiliy Lomachenko, as we now know that both men were fighting hurt to some degree during the bout.

Lomachenko (14-2, 10 KO) underwent shoulder surgery after the fight, and won’t be ready to work again until late in January.

“The big toe of his right plant foot broke down during the fight,” Kriegel reported. “Friday he had surgery in LA to repair microfractures and ligament damage, it’ll be five to six weeks before he can start rehab.”

This doesn’t figure to be any big setback for the 23-year-old Lopez, who holds the WBA, IBF, and WBO lightweight titles and is arguably the hottest name in boxing right now, already a star and with true breakout superstar potential. He probably won’t be out any longer than would be normal, though perhaps slightly longer — a matter of a month or two — than he might have preferred.