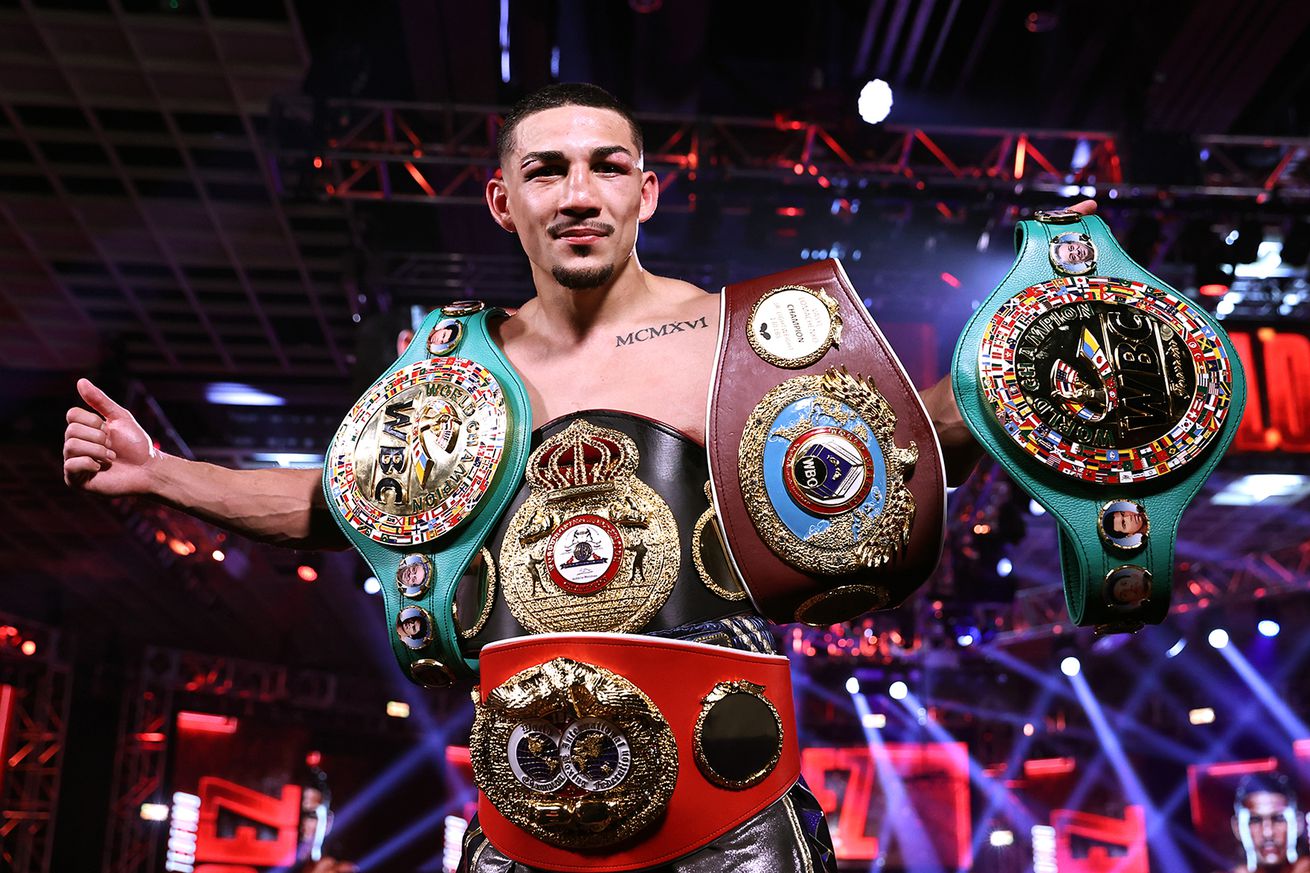 After becoming undisputed at 135, where does Lopez go from here?

Teofimo Lopez is currently on top of the world after dethroning Vasiliy Lomachenko this past weekend, and his Top Rank promoter Bob Arum tells ESPN that his fighter is currently surveying the landscape before deciding on whether or not to remain at lightweight or move up to 140lbs.

“If he goes to 140, he has a problem because obviously he wants to fight for a title and that’s taken up for the first half of next year,” said Arum, referring to the impending showdown between Taylor and Ramirez in 2021. “And then the winner of that fight has an obligation to fight [the WBO mandatory challenger Jack] Catterall. So you’re looking for, at best, the end of next year for him to fight for a 140-pound title.”

Lopez’s manager says it’s about a 50/50 chance that Lopez remains at lightweight for the time being as it appears that he didn’t struggle too mightily to make the 135lb weight limit for the Lomachenko unification. In the meanwhile the IBF ruled that the winner of George Kambosos vs Lee Selby will become the mandatory challenger to Lopez’s belt.

Of course Devin Haney or Ryan Garcia would be marquee lightweight matchups for Lopez, but whether or not those fights can actually be made right now is a huge question mark. Arum says he’s willing to make those fights happen but admits there hasn’t been any substantive talks thus far.