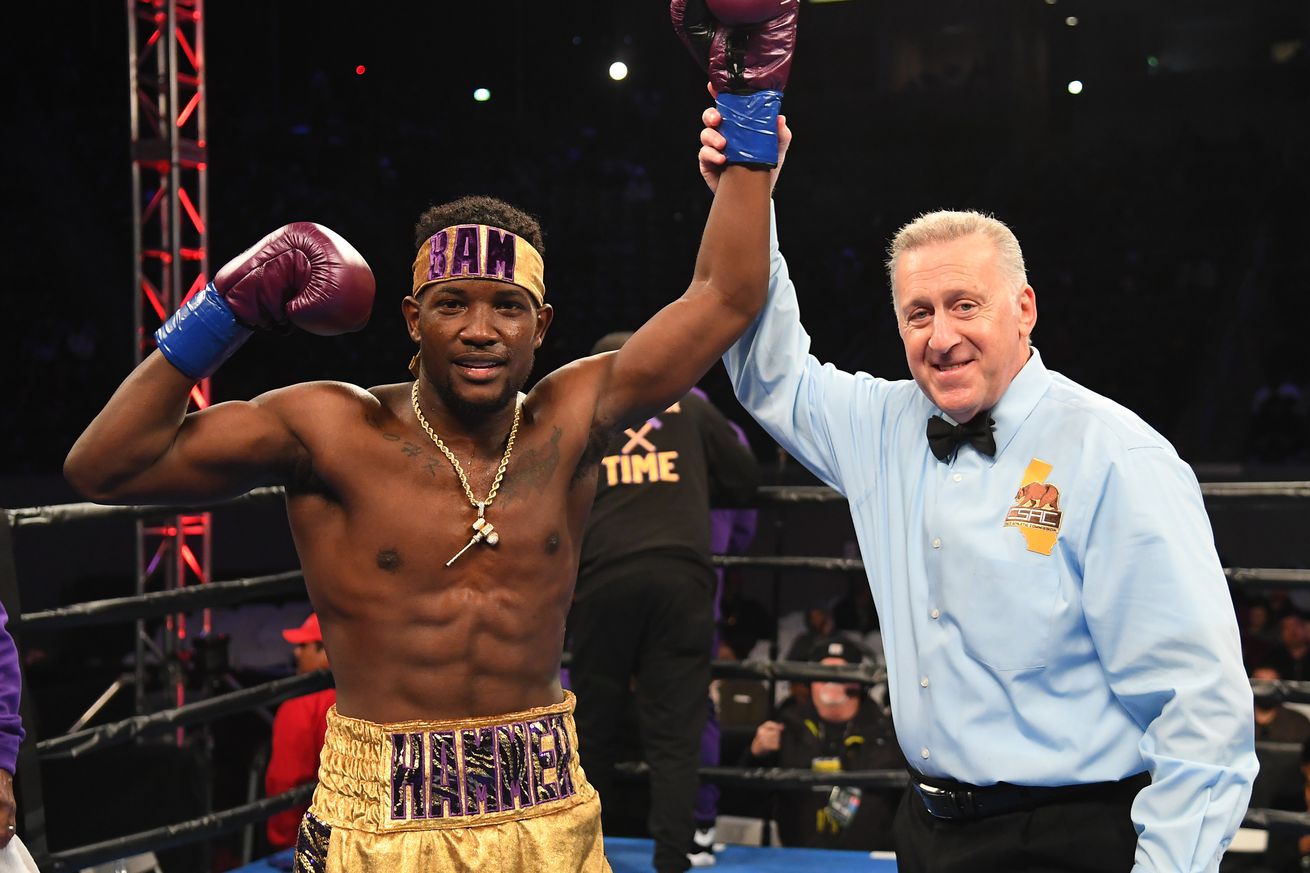 A young rising contender and a veteran meet in an eliminator on Showtime later this month.

Both Erickson Lubin and Terrell Gausha have had world title shots before, under very different circumstances. And though their losses in those fights were also very different, the end result was the same, a notch in the L column, the first of either man’s career.

Lubin and Gausha are now set to meet in a Sept. 19 Showtime main event, which will serve as a WBC eliminator, meaning the winner will be in line to face the winner of the Sept. 26 unification fight between Jermell Charlo and Jeison Rosario, which will bring the WBC, WBA, and IBF belts together (if there’s a winner).

The 24-year-old Lubin (22-1, 16 KO) had a crack at Jermell Charlo’s WBC belt back in 2017, and he got overwhelmed in the first round, stopped at 2:41. It was clear then that he’d been rushed into a shot at the belt, and there were big questions about how he’d come back from that.

But he hasn’t crumbled, instead rattling off four straight wins and getting people excited about him all over again. He figures to be the favorite against Gausha, but it’s also a decent step back up in competition after Silverio Ortiz, Ishe Smith, Zakaria Attou, and Nathaniel Gallimore.

“Terrell Gausha has been in the ring with a few good fighters and he’s also an Olympian, so I know he has the experience, but I’m expecting to dominate him,” the confident young fighter said. “My mindset will be to execute my game plan and come out on top. I’m going to show the world that I’m one of the best 154 pounders out there and I’m ready to put a strap around my waist.”

Gausha, 32, had a crack at Erislandy Lara’s WBA title in 2017, but was beaten by decision in a fight where he just couldn’t seem to get out of the starting blocks. After a 14-month break, he smashed Joey Hernandez in one round, and then returned in May 2019 for a split draw against Austin Trout, a hugely controversial fight most observers felt Gausha deserved to win.

While 32 isn’t old, it’s also not exactly young in the boxing game, and Gausha knows that the clock is starting to tick as far as him getting to that top level. He also feels fully prepared for Lubin’s southpaw stance, given he’s been fighting nothing but lefties lately.

“This is a big fight for me, being my second chance at getting to a world title,” he said. “I know Lubin is a young, good fighter and I’m sure he’ll also be ready. But this is my fourth southpaw in a row, so I’m very prepared for this fight and I’m going to show that I’m on another level.”

The winner goes on to something bigger, the loser will be knocked back again. For a young guy like Lubin, who has been humbled before, a loss here could be truly discouraging. For Gausha, a loss could simply mean he won’t find the right time to get back to a world title shot.