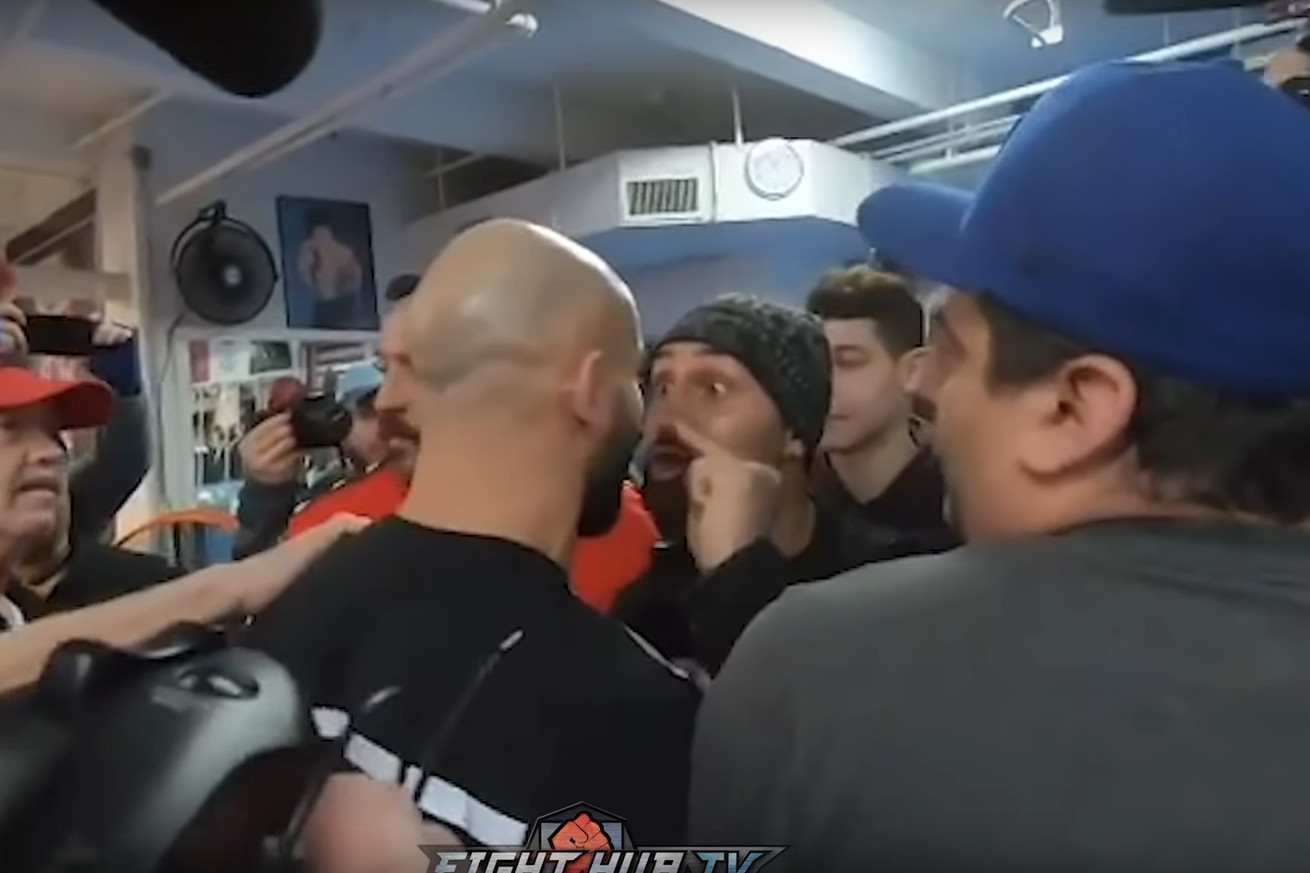 Paulie Malignaggi appears anxious to return to action as he’s captured here getting into a confrontation with former UFC fighter Artem Lobov at the Mendez Boxing gym in New York. The two men wound up getting in each other’s faces and exchanging words before Malignaggi would slap Lobov, which would kick off a little scuffle that was promptly broken up.

“Next time it’s a harder slap!” Malignaggi yelled. “That was a bitch slap for a bitch…Don’t get in my face and make threats here.”

The 38-year-old Malignaggi would continue with a verbal barrage, saying that Lobov has a ‘death wish,’ and promising to put him in a body bag, which isn’t too bad for somebody with a 16% knockout percentage.

Later, Malignaggi mentioned that he took offense to some comments Lobov made about boxers and got triggered when they came face-to-face. Obviously this could all lead to an actual fight between Malignaggi and Lobov, but for now you can watch all the drama in the video above.