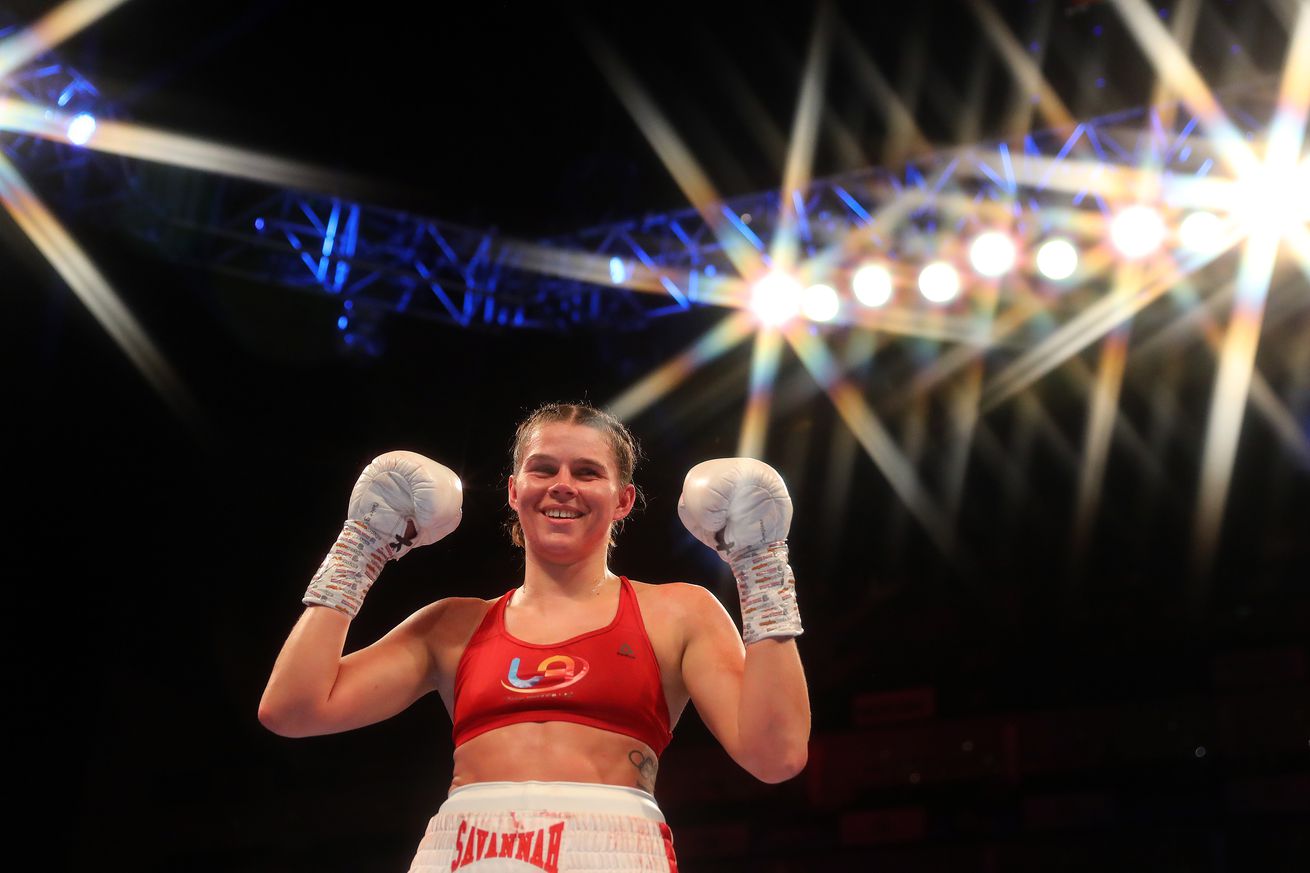 Savannah Marshall and Martin Bakole won in Newcastle, while Lawrence Osueke was robbed of a W.

This was a hell of a swing fight. Laws (8-0, 4 KO) is a 25-year-old welterweight who fights like an absolute maniac, and he was a blast to watch. Addy (16-6-1, 14 KO) wasn’t too shabby to watch, either, took some shots and stayed in there fighting. Laws was loading up on everything and bouncing around on adrenaline for the entire four rounds. Just a blast to watch, this kid’s already a cult favorite here as far as I’m concerned.

DAZN broadcaster Nick Halling remarked after the fight, “It won’t be a long and glittering career, but while it lasts, it’s going to be great fun.”

Joe Laws said of himself, “I look ugly, but I get the job done!” He also called out Devin Haney. This guy rules.

Curry (8-13-4, 1 KO) is a 34-year-old veteran from Missouri who came in on very short notice, wasn’t in fighting shape, and took a pounding here from Marshall (8-0, 6 KO), an accomplished amateur whose major claim to fame is being the last woman to beat Claressa Shields.

This would’ve been a talent mismatch no matter what, but Curry coming in pretty cold made it even worse. She was hurt at the end of the first round and the fight probably could’ve reasonably been stopped there, but Curry showed a lot of toughness and heart, too, and stayed in there until her corner stopped the assault 47 seconds into the third round.

Marshall, 28, is hoping to fight for a world title next time out.

“There’s not that many girls at super middle,” Marshall said after the fight. “We’re hoping Eddie (Hearn) can get me a world title next against one of the champions.”

Hearn said he’ll work to get Marshall the desired title shot next time out, and also talked about a potential fight with Shields in 2020.

This should have set up Osueke (9-0-1, 1 KO) to face Craig Richards for the vacant British light heavyweight title, but somehow the judges came back with a split draw. Scores were 100-92 Osueke (Marcus McDonnell), 95-95 (Howard John Foster), and 96-95 Summers (Michael Alexander).

This was not an exciting fight and Osueke, 31, is not any fun to watch at all — he can’t punch and he’s not even some excellent technician or anything to make up for that — but he won this fight. McDonnell had it about right, this really shouldn’t have been close. Summers (16-2-1, 5 KO) didn’t do anything here.

There are two ways to imagine what happened:

Either way, Richards still doesn’t have an opponent for that vacant title fight.

Bakole, a heavyweight prospect originally from Congo and now living in Scotland, becomes just the third man to stop the veteran “Kingpin,” joining Anthony Joshua and Peter Milas. It’s something that the likes of Vitali Klitschko, Tyson Fury, Mahmoud Charr, Dereck Chisora, Filip Hrgovic, and Nathan Gorman, among others, have not been able to do.

That’s the sunshine way to look at it, but it has to be said that Johnson (34-16-1, 18 KO) is also 40 years old, was probably badly jet lagged here, came in on very short notice, and clearly had absolutely nothing and no particular interest in being in the ring in this fight. The American had reportedly flown home from Europe when the offer for this fight came in, and then flew back over, and even the UK homer TV commentators openly admitted that Johnson was clearly flat and had nothing in the legs tonight. Even for Johnson, this was a pretty disconnected performance — he usually slips shots or rolls with them pretty effectively, but he was hit clean by Bakole (14-1, 11 KO) pretty easily in this fight, and under pressure early in the fifth, the referee made the right call to stop the fight.

Bakole is a legitimate heavyweight prospect, but this was a stay busy fight more than him really proving anything new.