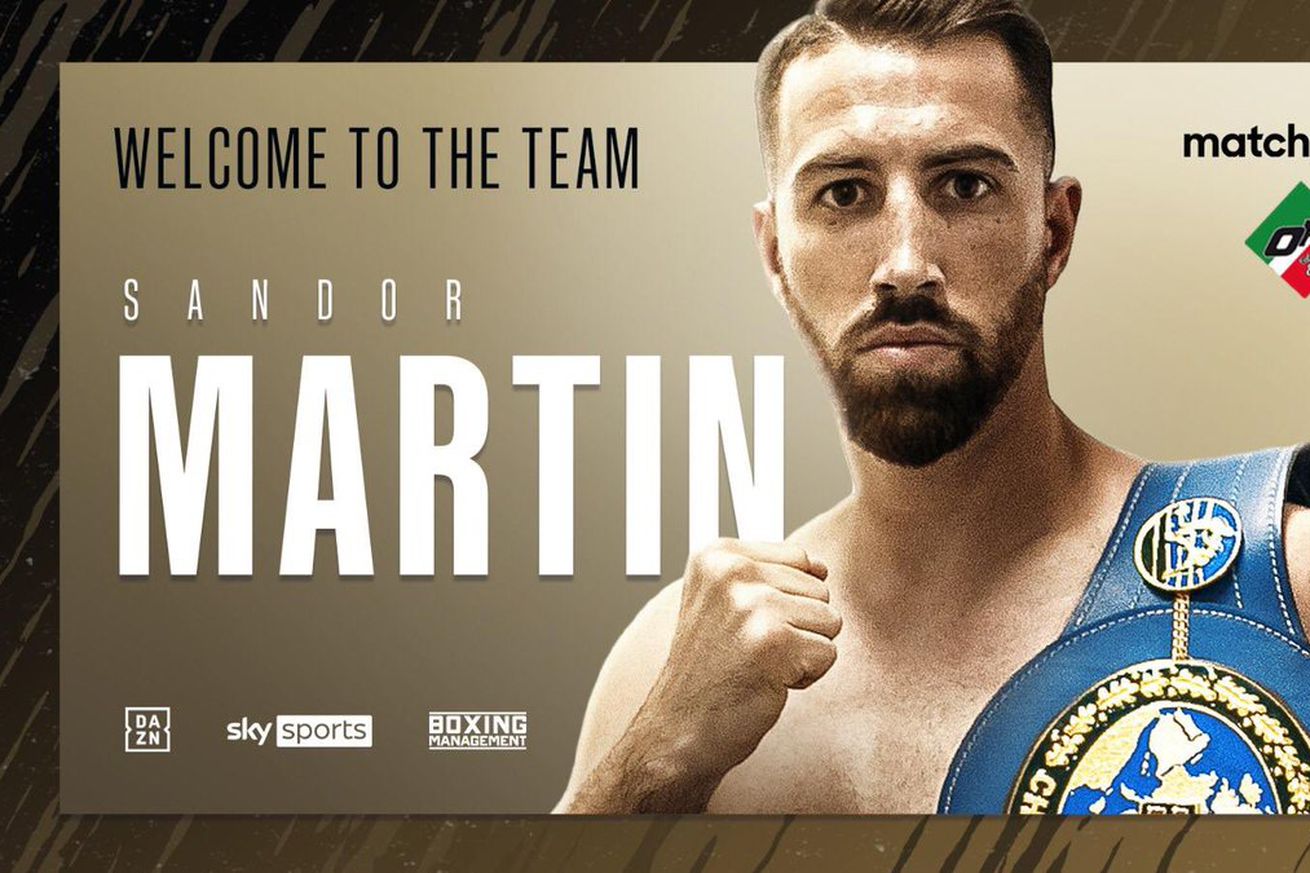 Martin defeated Joe Hughes in his first defense this past December

Martin (36-2, 13 KO) has won 21 of his last 22 fights, losing only to Anthony Yigit in his initial 2017 bid for EBU gold. He ultimately claimed the belt last year with a decision over Italy’s Andrea Scarpa, then cruised past Joe Hughes in his inaugural defense this past December.

“It gives me great pleasure to join the OPI and Matchroom teams,” said Martin. “I’m also very proud to be the first Spanish boxer to sign with both companies. From now on, with the support of Boxing Management, the situation is optimal to try to achieve a World Title opportunity. We are ready and expectant to make my debut with my new team.”

“I’m delighted to welcome Sandor Martin to the Matchroom team and look forward to promoting his future fights with our friends at OPI Since 82,” said promoter Eddie Hearn. “We saw Sandor put in a classy dominant performance against Joe Hughes when he headlined the first-ever DAZN show in Spain last year and that’s just a sign of things to come as we look to push him towards world level and develop him into a star of Spanish boxing.”

Anyone like the idea of Martin facing Lewis Ritson or Robbie Davies Jr. his next time out?