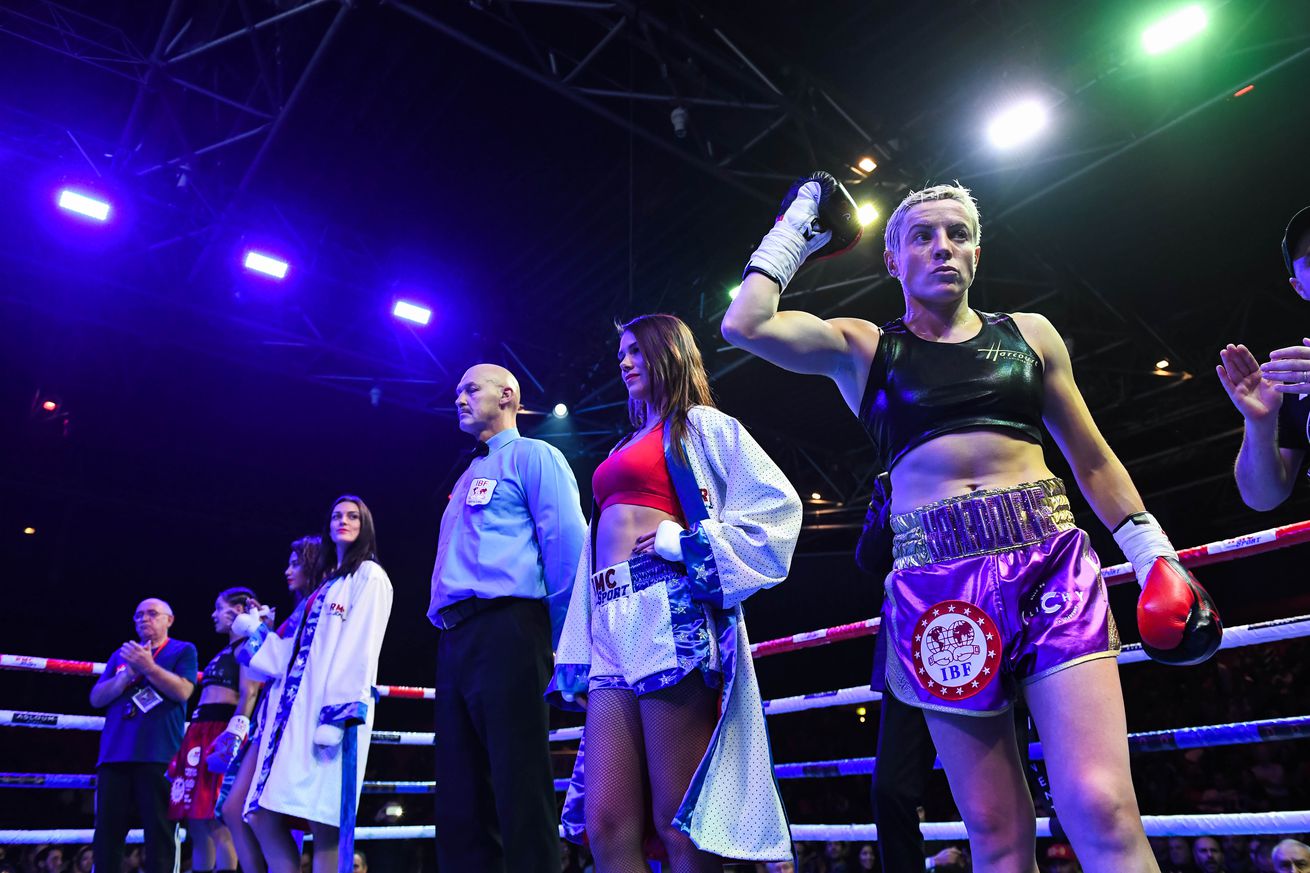 Matchroom now has access to three of the four female super lightweight champions.

“By signing with Matchroom and OPI Since 82 I will be able to secure the unification fights in the Super-Featherweight division that I thrive for,” said Hamadouche. “Eddie Hearn promotes a number of World Champions including Terri Harper and Ewa Brodnicka, who both fight in my weight division. Those are the fights that I want. I am determined to prove that I am the number one 130lbs fighter on the planet and in order to do that I must beat Harper and Brodnicka.”

“I’m delighted to welcome Maiva Hamadouche to our ever expanding roster of female World Champions at Matchroom Boxing,” said promoter Eddie Hearn. “It’s a stacked division with Matchroom now representing three out of four of the World Champions at 130lbs. I look forward to making huge unification fights at Super-Featherweight to find the Undisputed ruler.”

Salvatore Cherchi, President OPI Since 82, said: “We are very happy to have signed Maiva to our team alongside our friends at Matchroom Boxing. For us, she is the best World Champion of the division, and we look forward to her proving us right. With the help of Matchroom, there are endless big fights waiting for her.”

Hamadouche (21-1, 17 KO), unbeaten since a 2015 decision loss to Delfine Persoon, is both BoxRec’s #1 130-pounder and one of the most consistent finishers in women’s boxing. Nine of her 12 consecutive victories have come inside the distance, including stoppages of multi-division champ Anahi Esther Sanchez and the hard-charging Vivane Obenauf.

Hearn and co. clearly intend to pit the Frenchwoman against WBC champ Terri Harper in a unification, though that may take a while thanks to mandatory challenger Katharina Thanderz. WBO champ and fellow Matchroom signee Ewa Brodnicka is likewise occupied with a mandatory, in her case Mikaela Mayer. Still, I eagerly await Hamadouche’s promotional debut, even if she doesn’t jump right into the deep end.