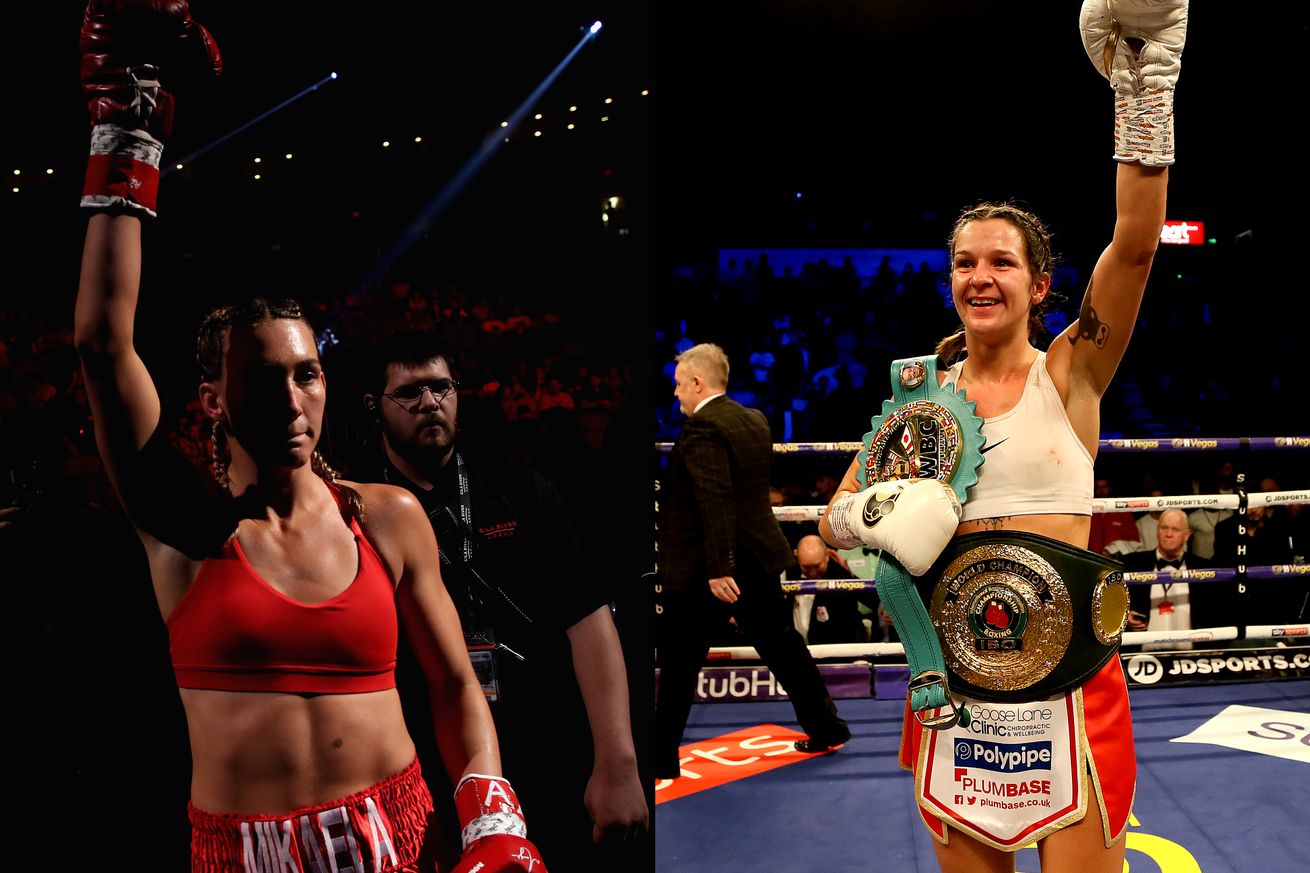 The two unbeaten rising stars in women’s boxing may well be on a collision course.

Just a few days ago, Mikaela Mayer made clear that she’s targeting a world title fight with WBC junior lightweight titlist Terri Harper, which got around a bit and led to a social media exchange between the two, which Mayer used to get a lot off her chest.

Mayer (12-0, 5 KO) is a 29-year-old American promoted by Top Rank, and was the No. 1 ranked contender to the belt held by Eva Wahlstrom. But Harper (10-0, 5 KO) and Matchroom Boxing got the shot at Wahlstrom, with Harper winning a convincing decision on Feb. 8 in Sheffield, England.

Harper, 23, took a slight dig at Mayer not having a world title, and that set things off.

“I’ve been the number one contender in this division for over a year, so don’t act like I’m not deserving of a fight because now you sound dumb,” Mayer wrote to Harper.

“If there were mandatories for women like there are for men, I’d be the champ, not you,” she continued. “Your promoter bought you a world title and now I’m coming to take it from you. You’ll have to challenge me to become a true undisputed champ.”

When Harper hit back, “Good for you, come back once you’ve got your world title,” Mayer responded, “You know I will. You need a few more fights before you’re ready for me anyway, better learn how to fight on the inside.”

Promoter Eddie Hearn then jumped in to dispute Mayer’s claim of having “bought” a title shot for Harper against Wahlstrom, taking a sly shot at Mayer’s promoter Top Rank in the process.

“We definitely didn’t buy a world title,” he said. “Terri fought a great champion in Wahlstrom. However, yes, we did invest in Terri and offered Wahlstrom more than you did.”

Mayer went on to say she expects Hearn to protect Harper and avoid a fight with Mayer, “because they want no part of this,” just as Mayer believes Wahlstrom didn’t.

She also had a message strongly supporting women’s boxing in general, noting the rise of relevance in that side of the sport, especially since women were first included in the 2012 Olympics.

“What people don’t understand is that this is only the second wave of women’s boxing,” Mayer added. “The first wave died out over a decade ago because they weren’t supported by society or the Olympic movement. The women you are seeing now are the pioneers in a women’s boxing movement that will last.”

Bottom line is these are two talented fighters, both unbeaten, and making their mark in the women’s game. A fight between the two of them would be very welcome, and if there’s some fuel to add to the fire going back-and-forth a bit, good for everybody involved.