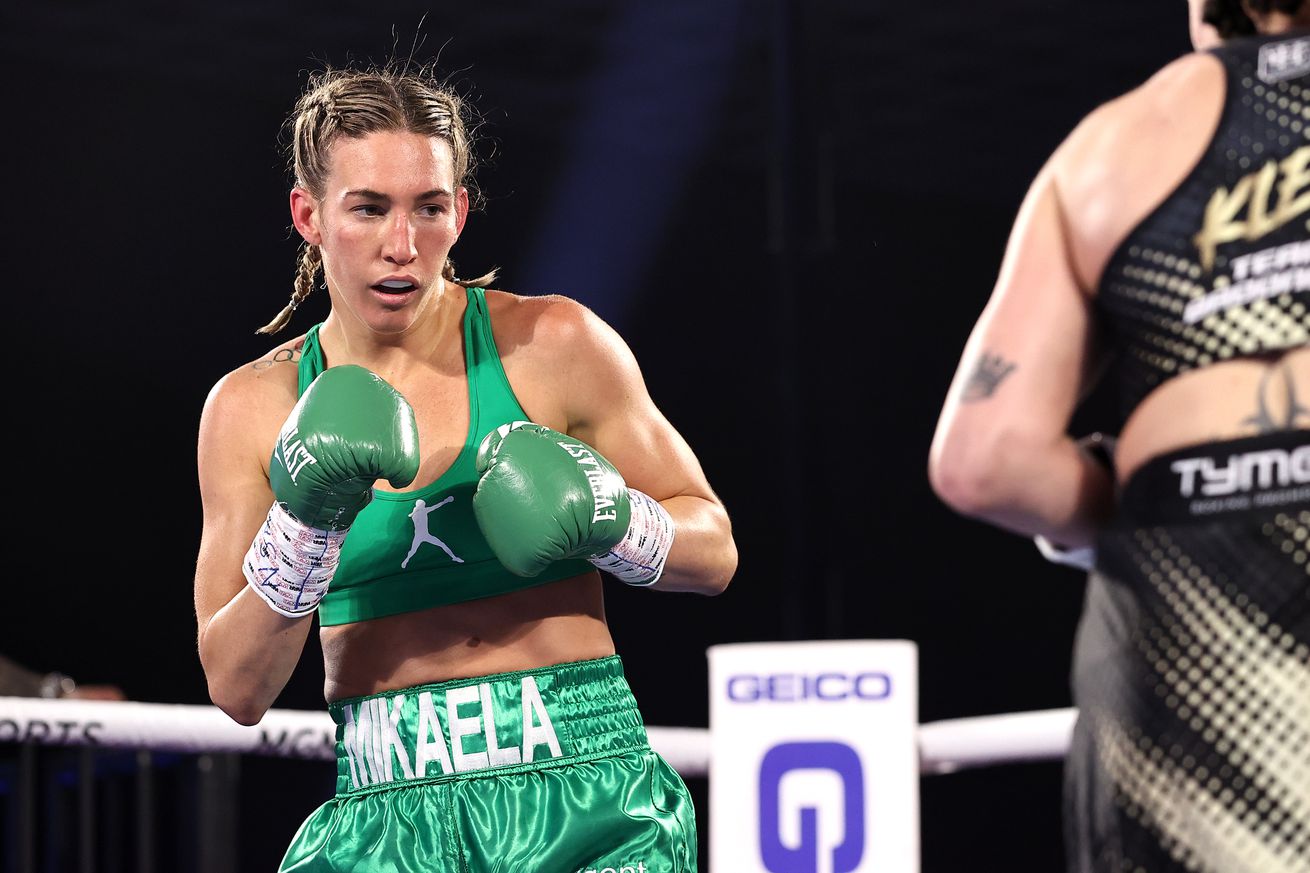 Mayer doesn’t want to wait around for unification, she wants it next.

Mikaela Mayer won her first world title on Saturday, taking the WBO belt with a dominant decision win over Ewa Brodnicka in Las Vegas, and already has her sights set on unification at 130 pounds.

The 30-year-old Mayer (14-0, 5 KO), a former U.S. Olympian, has been aiming for a title fight for some time now, and finally got one when Brodnicka — who signed with Matchroom with the intent to unify against Harper herself — was ordered to defend against the Top Rank standout. The deal got done, Mayer won as she and most expected she would, and now she wants more gold.

Harper (10-0-1, 5 KO) won the WBC belt in February, beating Eva Wahlstrom via clear decision, but went to a tough draw with Tasha Jonas in August, in a fight many felt Jonas deserved to win. She’s now set to face Katharina Thanderz on Nov. 14, which will stream on DAZN as part of a women’s title tripleheader also featuring Katie Taylor.

If Harper gets past Thanderz, there may be a rematch with Jonas waiting. If not, then a Mayer fight would be a good one for both. Mayer has been supremely confident that she’d out-class Harper, a 23-year-old without the experience Mayer has, ever since Harper won her belt in February.