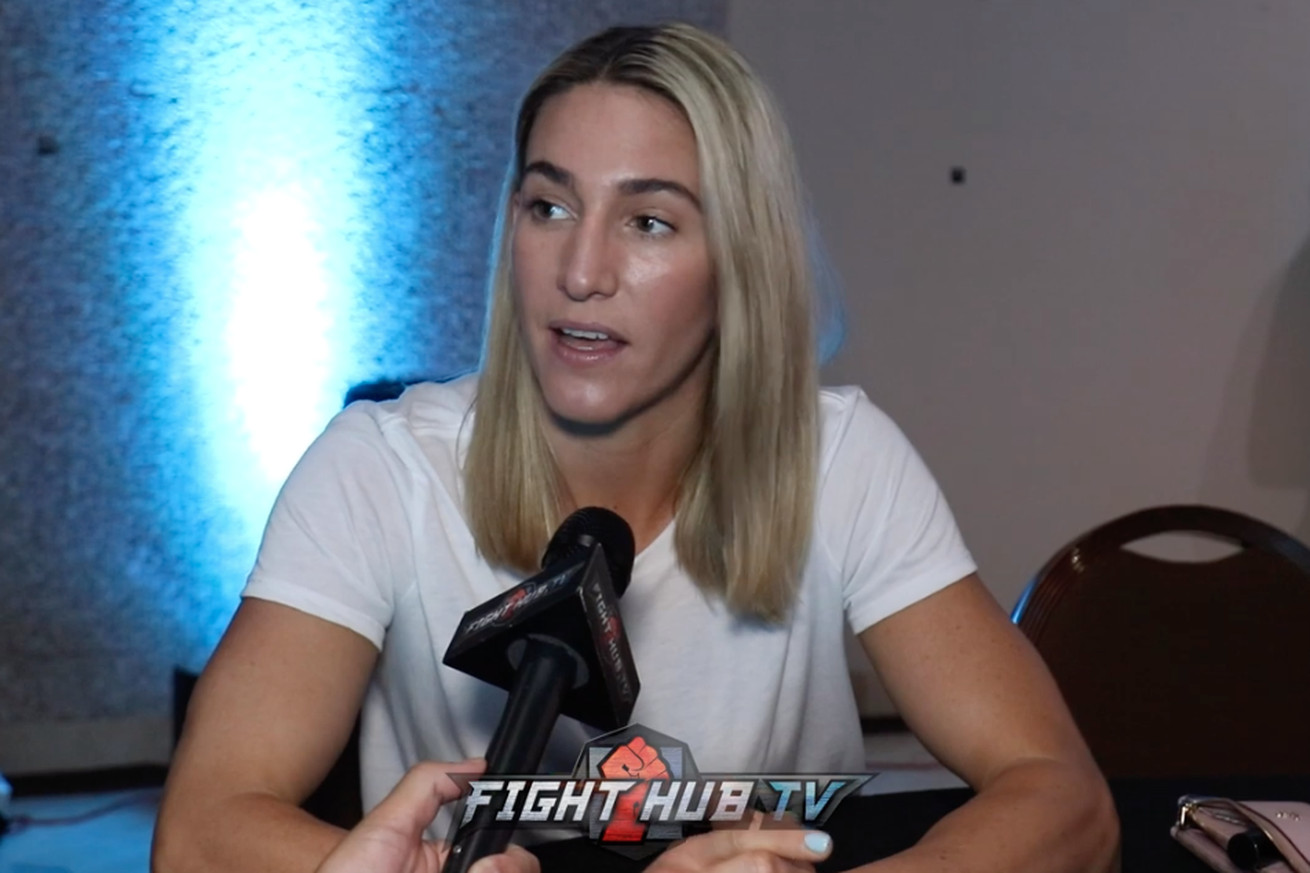 Mayer talks with Fight Hub TV’s Marcos Villegas about her boxing career, her goals, her background in Muay Thai, and much more.

On her growth as a pro

“I see a huge growth, too, so it’s obviously pretty cool when you hear people say that they’ve seen it, as well. I’ve said this from the beginning, it’s such a huge difference in the amateur style versus the pro style, and it takes some conscious work to really break out of some of those amateur-style habits, and my team has done a really good job at zoning in on what those things are and getting me out of those bad habits and making that transition to the pros, so that I can be a successful and exciting pro.”

On the biggest bad amateur habit

“So the amateurs is more of a scoring system, obviously, so you want to score that point and pull straight back, whereas in the pros, you don’t want to pull straight back — you don’t want to just tap-tap and pull straight back. You want to shift to the inside, you want to be able to work the body and take the angles, and really just learn to fight more in the pocket, going from high-to-low. So they’ve settled my feet down a little bit, a lot less movement, more intention behind my punches, and setting people up behind the jab. A lot more of using my jab and trying to set up my punches behind that.”