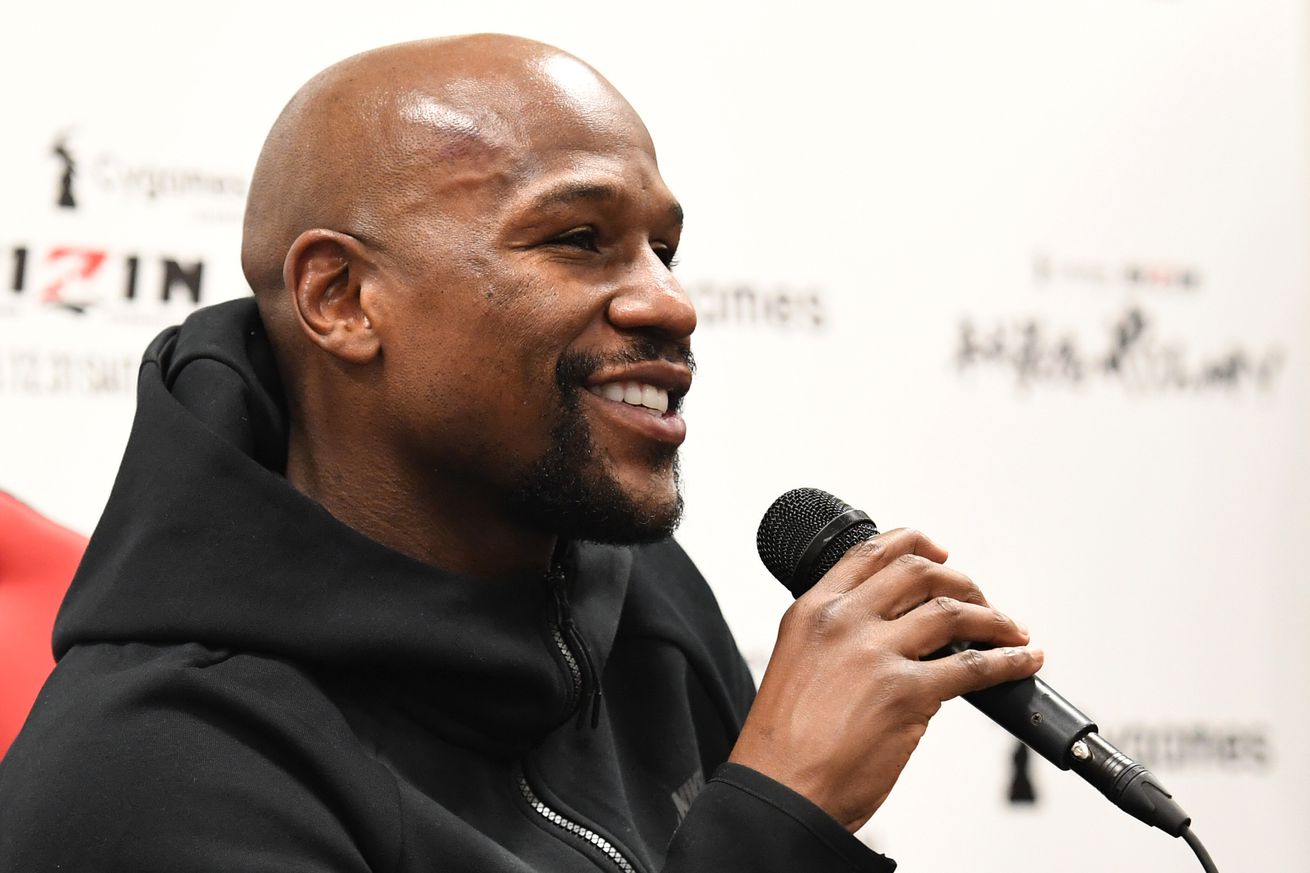 Two years after headlining a New Year’s Eve event, Floyd Mayweather will return to Japan in the coming months, facing a to-be-named Japanese opponent in a February 28th exhibition as part of “MEGA 2021.”

You can watch Floyd’s Q&A session here, starting at around the 7:30 mark.

Mayweather (50-0, 27 KO) demolished kickboxing wunderkind Tenshin Nasukawa back in 2018, stopping the much smaller man in a single round. It’s unclear whom he could face this time; as Asian Boxing reports, the Japanese Boxing Commission’s rules preclude an active boxer from participating in this exhibition, leaving Mayweather to choose from either retired boxers or other sorts of combat athletes.

Rumors swirled earlier this year about “Money” fighting former super featherweight champion Takashi Uchiyama, who hung up the gloves in 2017 after consecutive losses to Jezreel Corrales. The article also mentions PRIDE legend Takanori Gomi calling Mayweather out back in 2019, and speaking as an ardent defender of “The Fireball Kid’s” accomplishments: no. Gomi’s completely shot and has been for years.

Help me out, here.