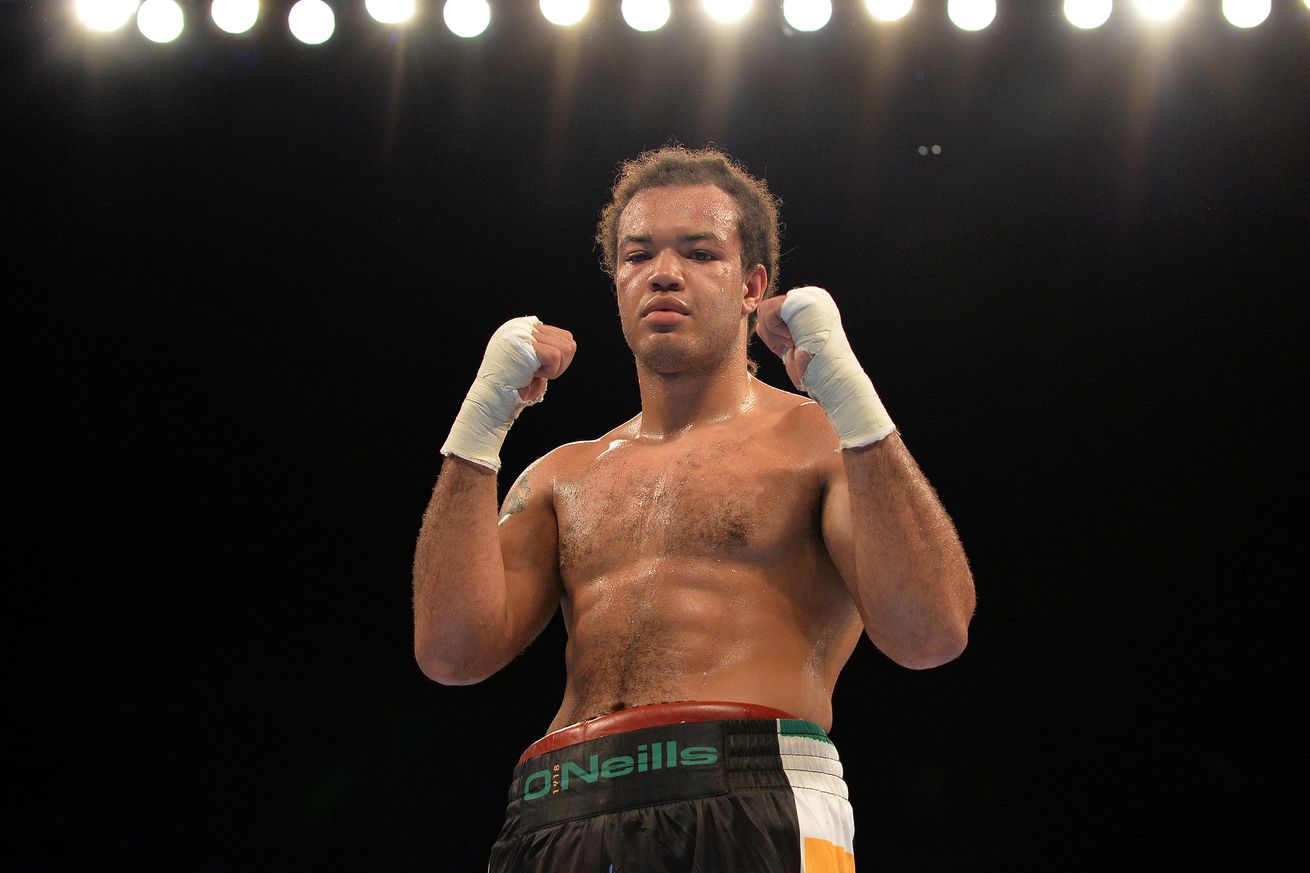 The last time we saw cruiserweight Tommy McCarthy in action, he went to Italy in Oct. 2019 and upset local favorite Fabio Turchi via decision, giving his somewhat flagging career the sort of injection it desperately needed.

On Saturday’s Usyk-Chisora card (DAZN, Oct. 31, 2 pm ET), the 29-year-old will fight for the vacant European cruiserweight title against Belgium’s Bilal Laggoune, and says he’s looking at this as a step toward a world title fight.

“I feel like he’s made for me. To win this belt will open even more doors for me,” he said. The WBC (International) title opened doors; this will put me in the rankings with all of the governing bodies. Anyone who has come before me and won the EBU title has usually gone on to fight for a world title after. I’m looking at this as a world title eliminator.”

McCarthy (16-2, 8 KO) had previously lost to Matty Askin in 2016 and Richard Riakporhe in 2019, and it sort of looked like his ceiling had been established. But McCarthy says he never let the setbacks truly beat him or derail his focus.

“Even when I was at the bottom, I always knew it would turn good because I have the talent,” said McCarthy. “I had a terrible loss, an embarrassing loss, and I had to pick myself up from being at an all-time low. After I sat down and did some soul-searching, I phoned Mark my manager and I said, ‘Look, that’s never happening again, so let’s get a fight as soon as possible.’

“It doesn’t feel surreal or anything, because I always had faith that it was going to end up this way. I believe that everything happens for a reason. When I was a kid I wanted to become Ireland’s first black world champion. My main life-long goal is to become a world champion. If the history comes with it, it just makes it sweeter.”

Laggoune (25-1-2, 14 KO) moved up from light heavyweight after a loss to Doudou Ngumbu in 2017, and has won his last five, but against pretty limited opposition.

McCarthy-Laggoune is part of a big night of action from Matchroom Boxing, featuring the Usyk-Chisora main event, Lee Selby vs George Kambosos Jr in an IBF lightweight eliminator, Savannah Marshall vs Hannah Rankin for the vacant WBO middleweight title, and more.