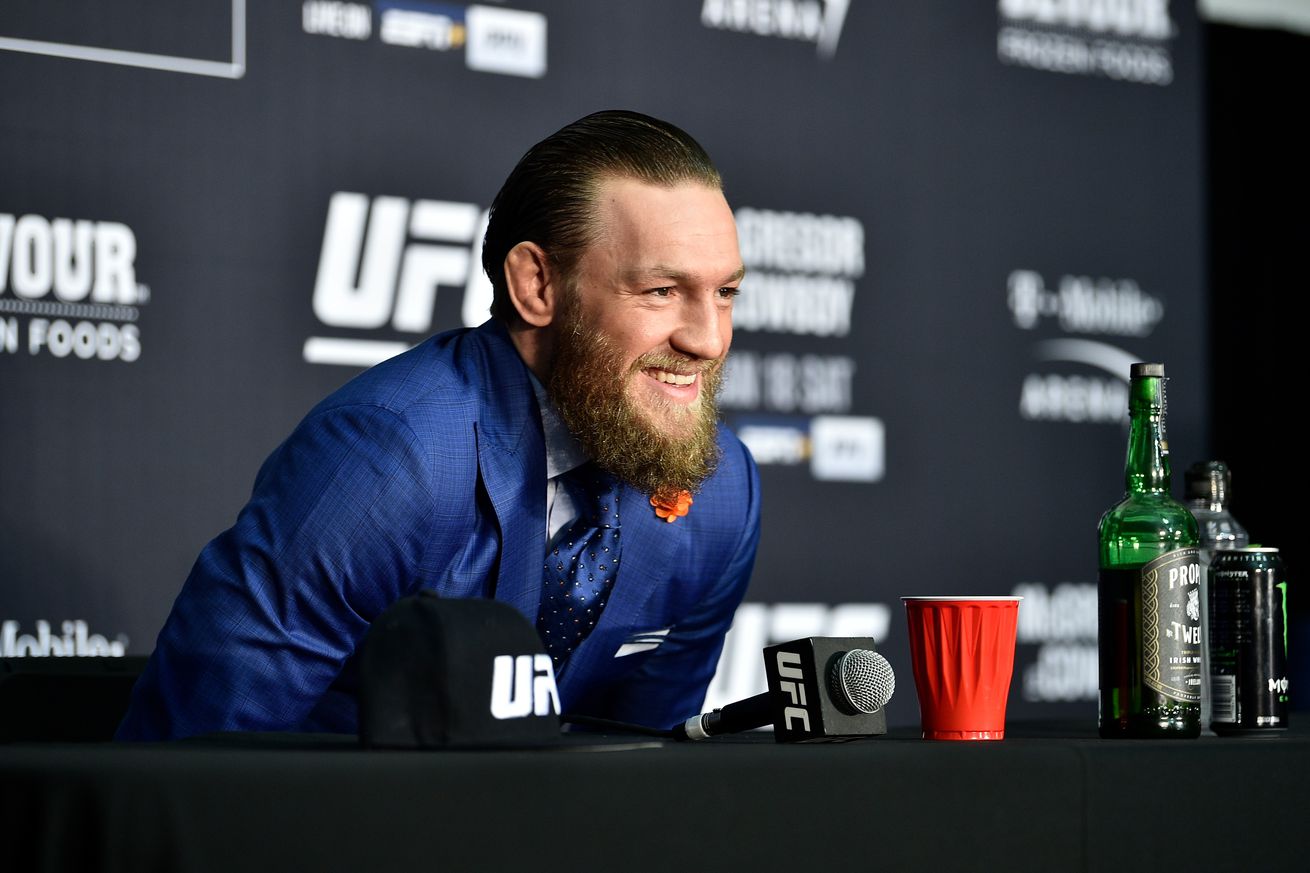 The UFC superstar and the boxing legend have had plenty of rumors for quite some time now. Here’s another one!

Conor McGregor and Manny Pacquiao haven’t necessarily gone round and round in the media or anything, but the rumors and talk of them potentially having a boxing match against one another have been out there for a while, a year or two or something, I don’t know, 2020 has made time weird and I’m not gonna comb through the archives.

Anyway, the 32-year-old McGregor is again saying he’ll be fighting Pacquiao, who will turn 42 in December, in his next fight, a boxing match he says will take place in the Middle East.

McGregor got to that after a bunch of Tweets about conversations with UFC boss Dana White:

Anyway all water under the bridge who gives a fook.
I’m boxing Manny Pacquiao next in the Middle East.

It will be a true honour to have faced two of the greatest boxers of the modern era, afraid of a fight.

McGregor, of course, has had just one pro boxing fight in his life, a 2017 loss to Floyd Mayweather. He’s only fought two times since then, going back to UFC to get dominated by Khabib Nurmagomedov in Oct. 2018, and then wiping out a long-faded Donald “Cowboy” Cerrone in just 40 seconds this past January. He still has a lot of star power, a lot of fans, and a lot of people who don’t like him and might pay to see him get beaten up.

Pacquiao last fought in July 2019, beating Keith Thurman to win the WBA welterweight title. There was some talk of Pacquiao fighting Terence Crawford, which wound up going nowhere, or possibly facing Danny Garcia or Mikey Garcia this year, but neither of those ideas got off the ground, either. Though aging, Pacquiao seems content to wait on the right fight, and he also has his government duties in the Philippines.

We’ve gone over this way too much at this point, but let’s repeat it again: there is absolutely big money in Pacquiao-McGregor. Not Mayweather-McGregor money, but very good money. It’s a relatively low-risk fight for Manny with a high financial reward, what with McGregor not being a professional boxer and all, and it’s kinda low-risk for McGregor, too, since him losing in boxing to someone with the stature of a Pacquiao doesn’t harm his image at all, especially if he manages to convince people he did surprisingly well, as he did with Mayweather.