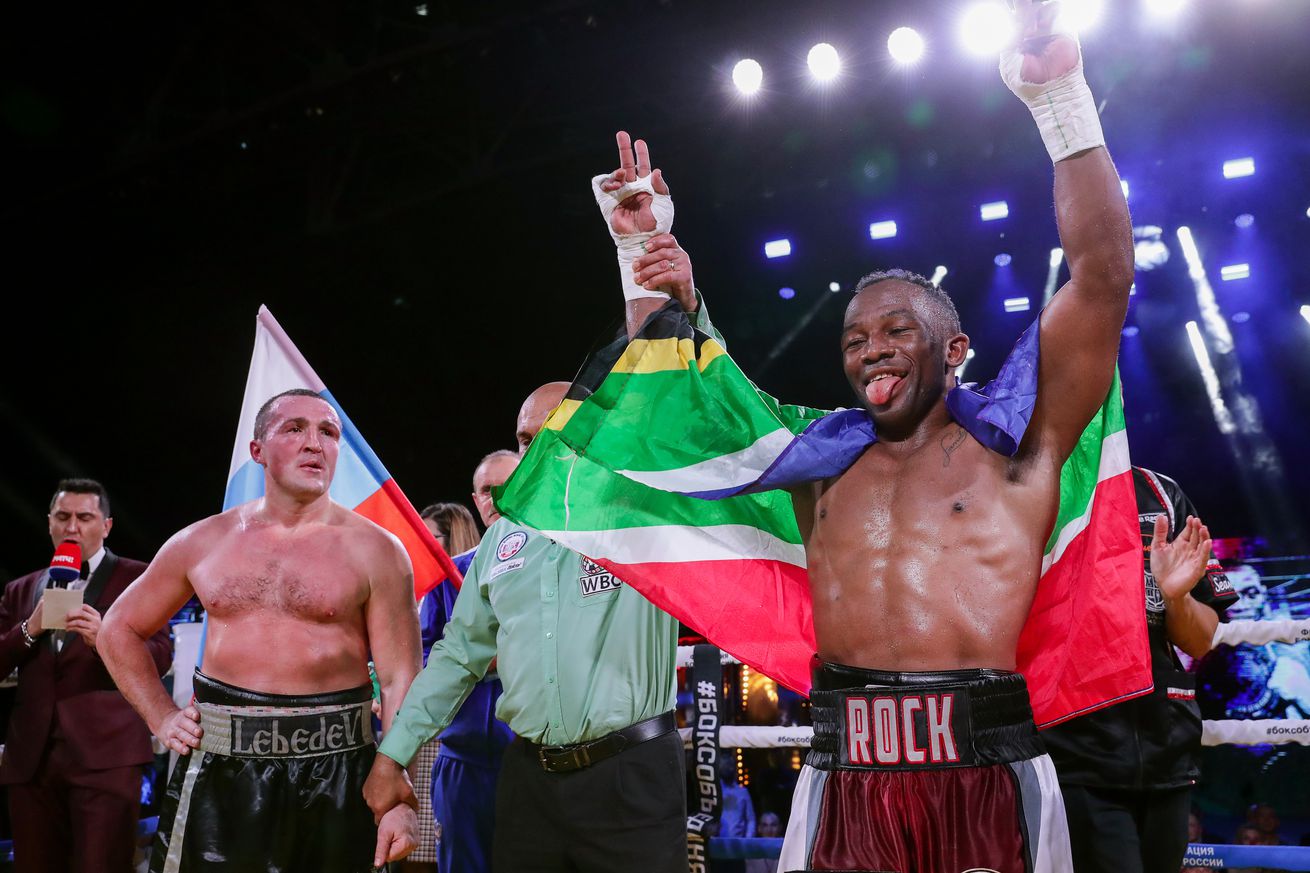 Danies Lebedev’s return from retirement didn’t go as planned in Krasnoyarsk today. The 40-year-old former champion, who claims he had to lose nearly 30 pounds after a long layoff to make weight, dropped a wide decision to South Africa’s “Rock” and subsequently re-announced his retirement.

Lebedev (32-3, 23 KO) reportedly looked looked slow and rusty, which isn’t terribly surprising considering his age and the fact that he hadn’t fought in nearly 13 months. Mchunu (22-5, 13 KO) was able to comfortably outbox the longtime cruiserweight elite, sweeping him on one scorecard and winning 11 of 12 rounds on another.

Mchunu had consistently struggled to find a signature win, falling via stoppage to Congolese knockout artists Zach Mwekassa and Ilunga Makabu alongside losses to Oleksandr Usyk, upcoming title challenger Constantin Bejenaru, and the infamously flaky Thomas Oosthuizen. He did manage to avenge that last loss, though, and now finds himself in possession of the WBC “silver” cruiserweight title, which presumably puts him in line to face whoever wins between Makabu and Krzysztof Wlodarczyk in their vacant title fight.

In earlier action, Dmitry Kudryashov (24-3, 23 KO) went the distance for the first time in his career, taking a questionable decision over Vaclav Pesjar (14-9, 12 KO). “The Russian Hammer” had been pursuing an MMA debut, which apparently fell through at some point.